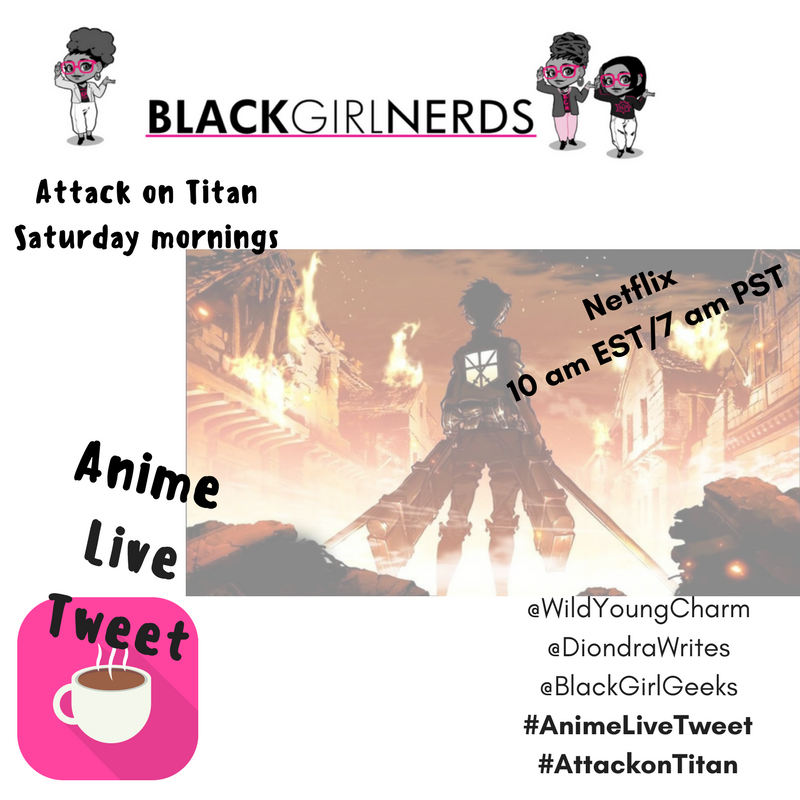 Do you like coffee or tea with your anime? Or maybe you just need Senpai by your side? Whatever you need to get out of bed in the mornings to join the Blerd crew in watching some great animes, grab it!

Join me, @DiondraWrites, along with @WildYoungCharm as we live-tweet and fan-girl our way through some awesome anime adventures! We’ll be watching two episodes of Attack on Titan via Netflix every Saturday morning at 10 am EST, starting on Saturday, June 10.

Attack on Titan takes place in a city guarded by impossibly high walls that protect its residents from giant Titans whose bodies are severely lacking in the flesh department, leaving miles of red muscle tissue exposed. Elite squads of military members patrol around the walls and are the second line of defense should the Titans break past the wall, because oh yeah, the Titans like to munch on humans for no discernable reason. A hero, Eren Yeager, is determined to join the military’s elite Titan-fighting squad and take down as many Titans as he can.

Can he and his friends triumph over the Titans and find out what makes them hungry for humans? Join us for Anime Live Tweet, and find out!