The Fall 2017 anime season has concluded. There were a lot of fun choices to watch, but the following is my list of the top 10 best new anime of the season. 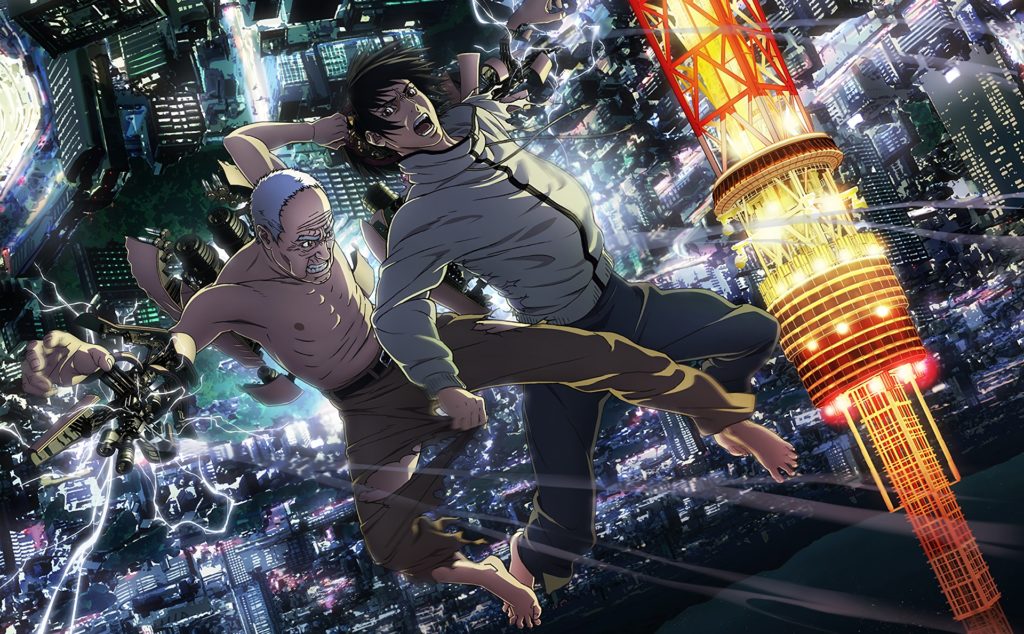 This is definitely my pick for the best anime this season. Inuyashiki tells the story of how an elderly man recently diagnosed with a terminal illness is transformed into a robot and begins using his powers to save people. The show plays with our perception of what a hero looks like. We’re used to seeing a youthful, strong character, but Inuyashiki focuses on what’s in the protagonist’s heart. Inuyahsiki doesn’t have the ideal life; his teenage kids don’t respect him, and his wife doesn’t seem to pay him much attention. He’s at a point where he’s about to give up on life, but when he gains his superpowers, he realizes his reason to live is to help others. Streaming on Amazon Anime Strike.

This is one of the best, most introspective anime series I’ve seen. It is a close second to Inuyashiki on this list. Kino’s Journey follows Kino as he travels the world on his motorcycle, visiting countries for a few days at a time. Don’t mistake this for a tranquil, happy go lucky, joy ride film. Kino carries his trusty firearm with him wherever he goes and is not afraid to use it, so there’s never a dull moment. The setting is a parallel world like Earth (but not Earth), where fortified countries exist, each with their own moral code and polarizing rules. Each country basically is an allegory for social and moral issues we face in our world. Kino visits each place as an observer with his mind open to learn. Unlike many anime series, this contains standalone episodes and can be watched out of sequence for the most part. Streaming on Crunchyroll and Funimation.

King’s Game is great if you’re looking for a rollercoaster ride. It’s a campy teenage horror series, like Scream and Final Destination. It’s not a masterpiece, but it’s fun if you accept it for what it is. King’s Game is a popular game played by teens in Japan like Truth or Dare. The show follows a high school class that is supernaturally forced to play the game. They must comply with the commands or be punished, which often means dying in the most horrific way imaginable. The last person standing wins, which is where things get interesting. The show quickly becomes a psychological thriller where the students’ true colors are revealed. Where one person might choose to sacrifice their life for someone else’s, another may decide to play dirty and get rid of the competition. Streaming on Crunchyroll and Funimation.

A SISTER’S ALL YOU NEED 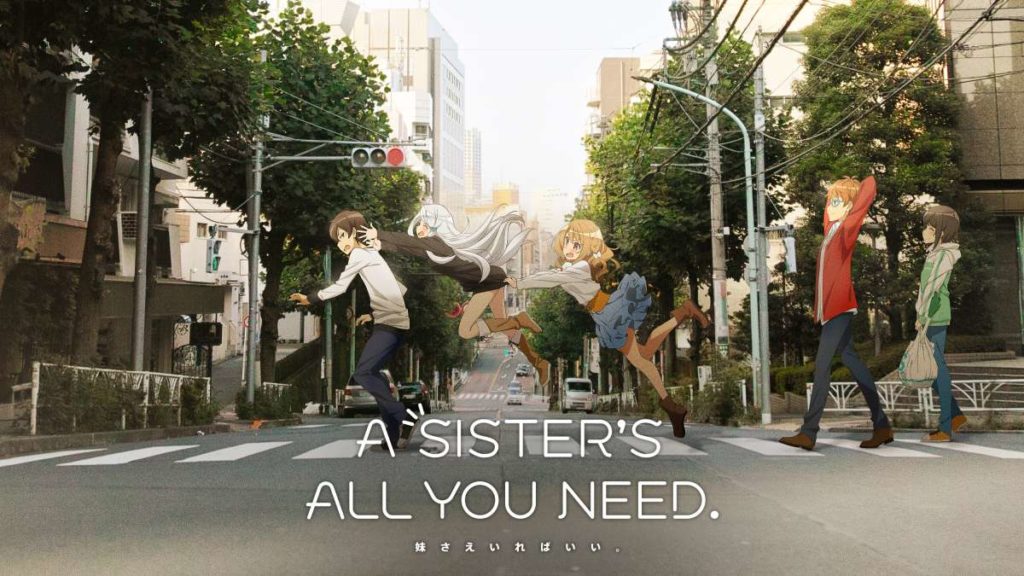 If you’re not interested in teeny bopper anime. This is a light comedy with adult humor. Itsuki Hashima is an up and coming light novel author who specializes in a popular Japanese genre that centers around little sisters. His friends are fellow writers, artists and editors. We follow the ups and downs in the characters’ careers and their day to day process working in the industry. Anybody would enjoy this anime for the lively adult banter, romance, and familiar work life atmosphere. But If you’re a creative, this is relatable on many levels! If you’re not, you get a special inside peak into how the light novel and manga industry works in Japan. Streaming on Crunchyroll and Funimation.

If you enjoy Naruto or Fairy Tail, then you will love this series. This is a world where wizards and monsters exist, and all people naturally can wield magic, except for our poor hero, Asta. Asta is the only known person born without magic, but that doesn’t stop him from believing. Even though clumsy, loud, and off-putting, he works hard and dreams of one day becoming the Wizard King. Black Clover keeps you captivated with it’s a perfect balance of drama, comedy fantasy. Streaming on Crunchyroll and Funimation.

The Ancient Magus’ Bride takes you to a magical world with fairies, dragons, and other mythical creatures. Set in present day, Chise (a teenage girl born with the ability to see supernatural creatures) is purchased by a powerful mage (Elias, the Ancient Magus) who begins raising her as his apprentice (and future bride). Chise travels with Elias, solving cases that must be solved using magic. Chise displays great power and control from the beginning. Obviously, this is a story about magic, but what makes it most compelling is how it touches on isolation, belonging, trust, and love. Streaming on Crunchyroll and Funimation. 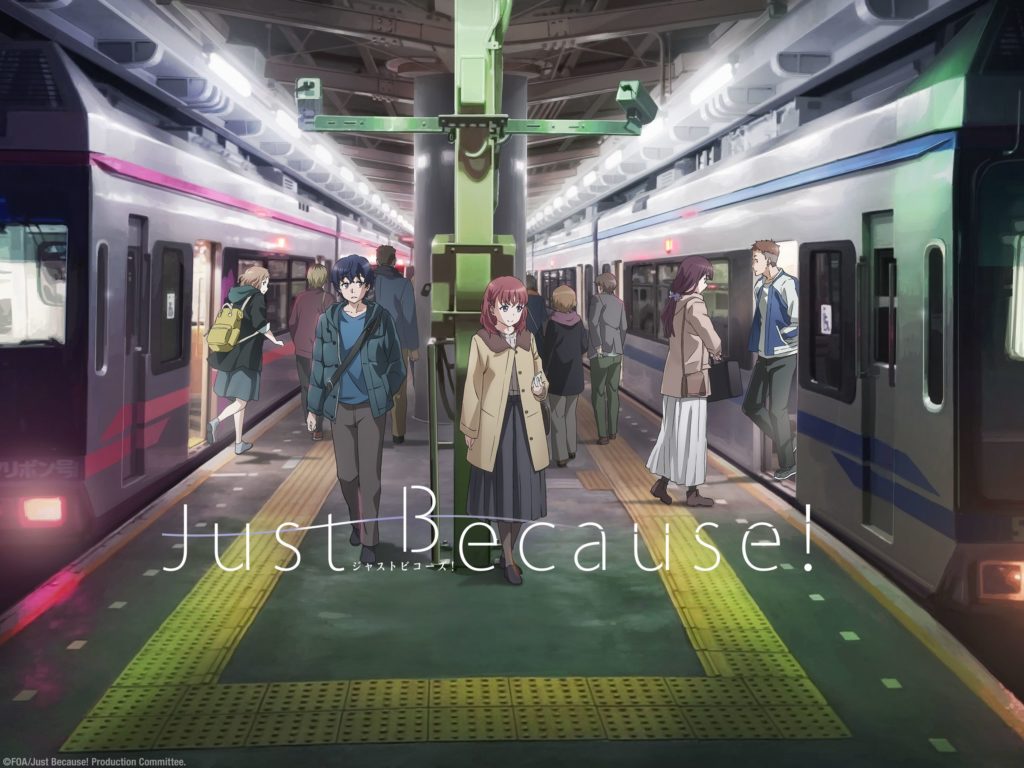 Perfect to get you in the feels! Just Because is a high school romantic drama filled with crushes, confessions and unrequited love. The main characters are in their senior year of high school and this is their last chance to divulge their feelings. The most intriguing aspect of this anime is how realistic it is. Each moment is honest and will transport you back to high school. The story is so natural, it’s easy to become absorbed into the characters’ feelings. You experience every heart break and victory along with the characters. Streaming on Amazon Anime Strike. 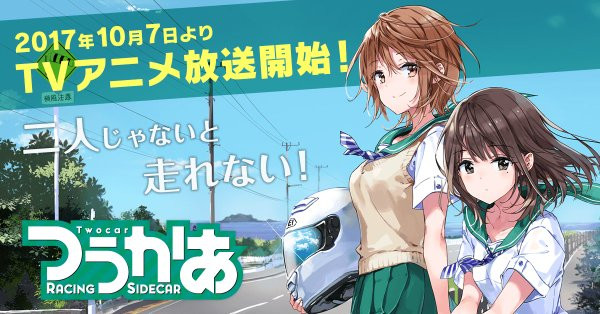 Two Car will make you laugh and cry. It follows the ups and downs of a female high school division of motorcycle sidecar racing. Yuri and Megumi are a team with the dream of winning the championship race at the Isle of Man. However, their partnership and friendship are at risk after they both fall in love with their coach, despite the significant age difference. This drama does an excellent job of showcasing the sport while at the same time balancing the storyline of the main characters with the trials and tribulations of their competitors. Supporting characters are each confronted with their own unique problems, which is seamlessly resolved without taking away from the main plot. Every character has a clear personality and purpose, which makes the show engaging and fun to watch. By the end, it’s hard to decide who you’re rooting for in the race. Streaming on Crunchyroll.

RECOVERY OF AN MMO JUNKIE 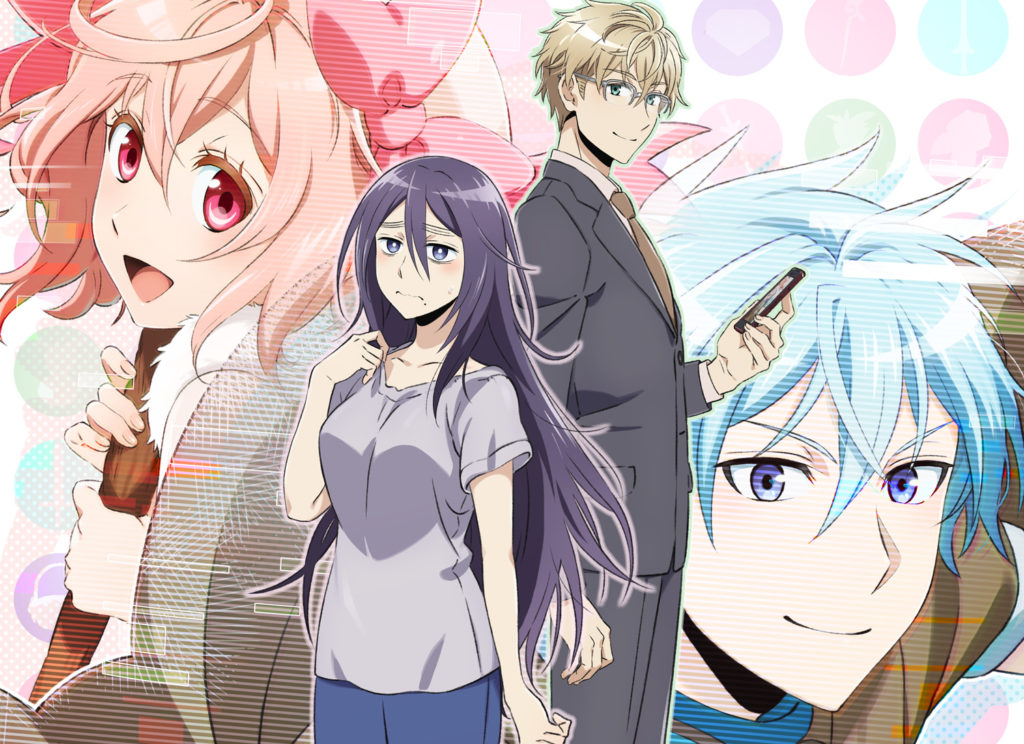 A cute rom-com for everyone – and especially gamers! Morioka is a 30-year-old NEET who recently quit her job to play her favorite MMORPG all day long. However, things get complicated fast when she meets a guy in the real world that’s interested in her. Instantly, she’s second guessing herself and trying hard to stick with her plan to focus on gaming. But that doesn’t work out, of course. It’s fun to watch clumsy Morioka fret to make the right decision and evaluate stepping out of her comfort zone. Streaming on Crunchyroll and Funimation. 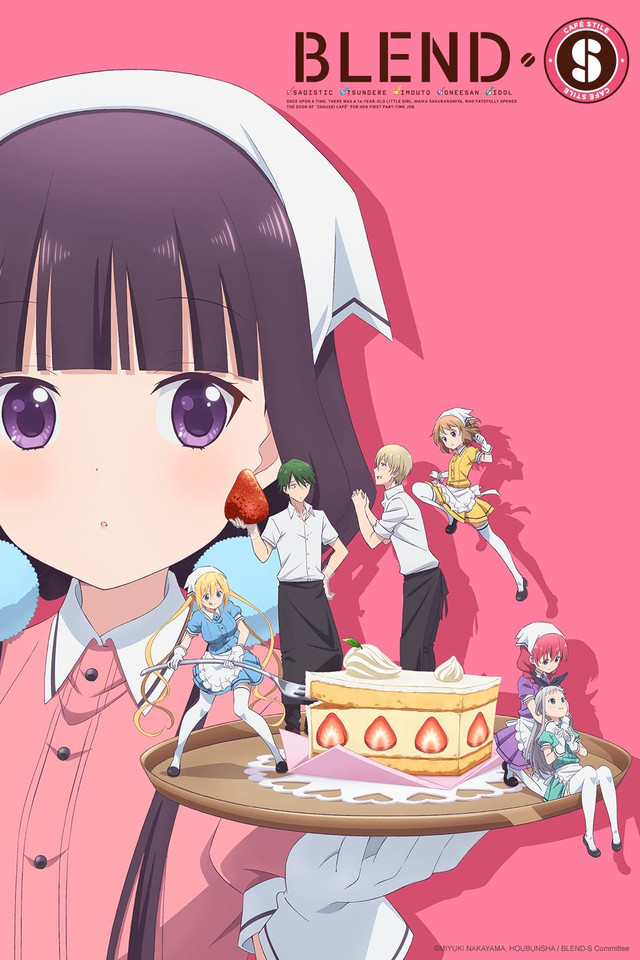 Blend-S is great for a good laugh. High school student, Maika, gets an afterschool job at an otaku cafe where each waitress takes on a unique persona. Maika is given the persona of masochist due to her unintentional coldness towards people, despite how kind she truly is on the inside. Comedy ensues as we watch Maika switch between her masochist persona and her natural naive and innocent personality, the way she inadvertently strikes down her manager’s confessions of love, and the quick, witty banter of the rest of the cafe staff. Streaming on Crunchyroll.

Written by Dy an aspiring filmmaker with a B.S. in Video- Film. Her hobbies include binging anime, reading comic books and watching TV and movies. Follow her on twitter @dyprinzess.