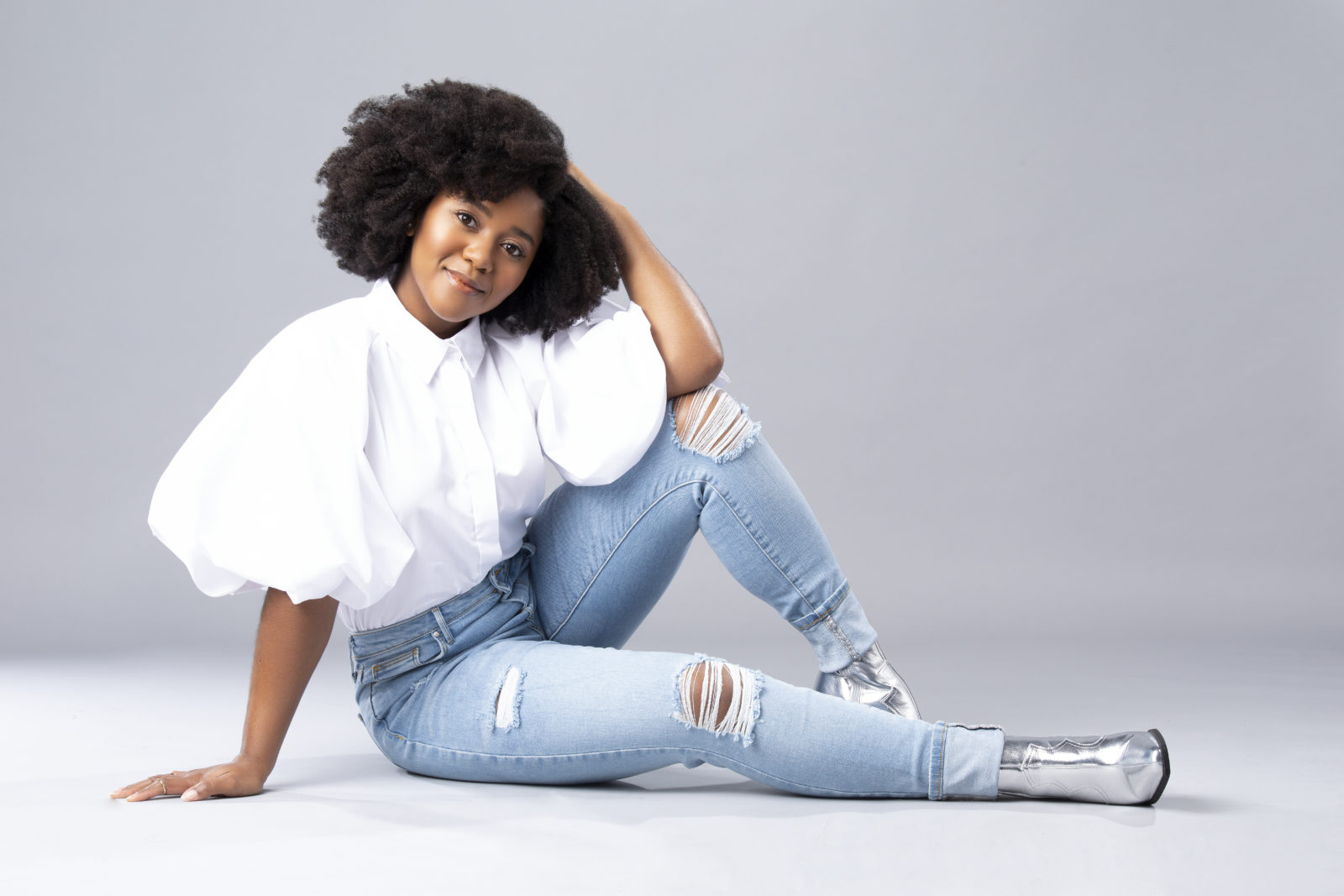 She’s also playing the character Fareeda, who has those same attributes in the new Netflix original film Tall Girl.

If you haven’t heard of Anjelika Washington, just wait. You will be hearing her name quite often, as this starlet’s fame is slowly growing. Originally from Bakersfield, California, Washington discovered her love for the arts while stumbling on a theater course her junior year of high school. It was there in high school that she competed in national cheer competitions all over the country while juggling starring roles in Shakespeare’s most beloved pieces.

You may have seen her before as a guest star on such shows as Showtime’s Shameless and CBS’s Young Sheldon. Washington will also appear in DC’s Stargirl helmed by Berlanti Productions and Warner Bros. The character she is slated to play is still under wraps.

BGN sat down with Angelika Washington to discuss playing Fareeda in Tall Girl and working on set, and I did try to probe for a little more information on Stargirl. She does drop a hint or two about her impending role: She’s a superhero wearing a heavy suit who is a member of the Justice Society of America.

Tell us a little about your character in Tall Girl.

Fareeda is a complete free spirit. She tells it like it is, and she’s a ride-or-die best friend who is completely honest and transparent. She’s also super loving and supportive, and she is the hype man that every girl needs.

Do you share some similarities to Fareeda? And do you relate to her friendship with Jodi?

I’m a lot like Fareeda. I’m like hype woman 101. I get ten times more excited for my friends than I usually do for myself. If my friends are doing something, I’m so excited. I just feel that I got to be a lot more of myself in Fareeda than a lot of the other characters I have been honored to play. Fareeda definitely felt a lot more like me, especially the pink hair and braids. If I could have pink braids right now, I would. I would have pink hair every day. I would also wear purple and blue. So yeah, absolutely, I drew a lot of her character from my own experiences.

We don’t get much backstory on how you became friends with Jodi. Can you offer some subtext on how you think these two connected?

There is a flashback scene, where we see Jodi being teased in school. And then the little mini-me turns around and gives [the bully] this glare. I think they totally became best friends by Fareeda speaking up for her. I also feel like Fareeda is a loner and kind of stands out on her own because she owns who she is, does what she wants, and wears what she wants. So they have found each other and become best friends because nobody else would really be friends with them. They’re both too much for everyone else, but they’re perfect for each other.

So I know you’re starring in the new DC TV series Stargirl. Can you share a little bit about your experience on the project?

First of all, it has been like a dream come true to play a superhero. My character is under wraps. I can tell you I am part of the Justice Society of America (JSA); I can’t tell you who I am.

It’s been the most magical experience. I got to film for seven months in Atlanta. My cast became my best friends and my family. I learned a lot. I grew a lot. I had night shoots with my call time being one a.m. and not wrapping until noon, and wearing a really hot and heavy super suit at four in the morning. It was a really great experience. I get to play a really, really fun character that I’m really proud of. I worked really hard, and I think people are gonna laugh a lot and they’re gonna love her.

Did you read any of the JSA comics to prep for the role?

When you watch the Stargirl series, it doesn’t actually mirror the comic perfectly. Geoff Johns wrote the Stargirl comics in the ’90s. He really wanted to mash up a lot of different comics. So there’s some storylines that are completely accurate in Stargirl and completely accurate in the JSA, but the timelines are very different. So for some people, if you’re really into comics, I think that you’ll love it and you’ll be able to follow it. For the people who aren’t into comics, it will just be like a brand new comic series. It’s fresh. It’s new. It’s different. It has a lot of intense and edgy moments, but it’s still very wholesome. What I love about Stargirl the most is that my six-year-old niece can watch it. It’s a family series. There’s no cussing. There’s no drugs. It’s a clean, fun superhero series for families.

Can you share if your character is a canon comic book character?

No. I’m gonna pass on that.

Can you share some of your favorite moments working with the cast?

We are wrapped on our 13th episode for Season 1. I got to learn a lot about the cast outside of their characters on the show. We would have slumber parties, go dancing, and hang out all the time. I actually got to spend my birthday on set. It was really exciting. I’ve always wanted to spend a birthday on set. It was the biggest scene for my character on my birthday as well. So that was really special. My mom was there. My aunt was there. They had never seen me act on set before. That was special, and they filled my trailer with balloons when I walked in. I loved every moment.