Over ten years ago we got served with one of the best Japanese remakes in the horror movie genre called The Ring.  I remember explicitly watching the smash cut shot of the corpse in the closet and having the bejesus scared out of me.  Well, it appears Paramount Pictures will release yet another sequel to The Ring franchise called Rings.  Rings is the 4th installment in this series which also includes The Ring 2 and Sadako 3D.  The film stars Matilda Lutz, Alex Roe, Johnny Galecki, Aimee Teegarden, Bonnie Morgan and Vincent D’Onofrio and is directed by F. Javier Gutierrez. 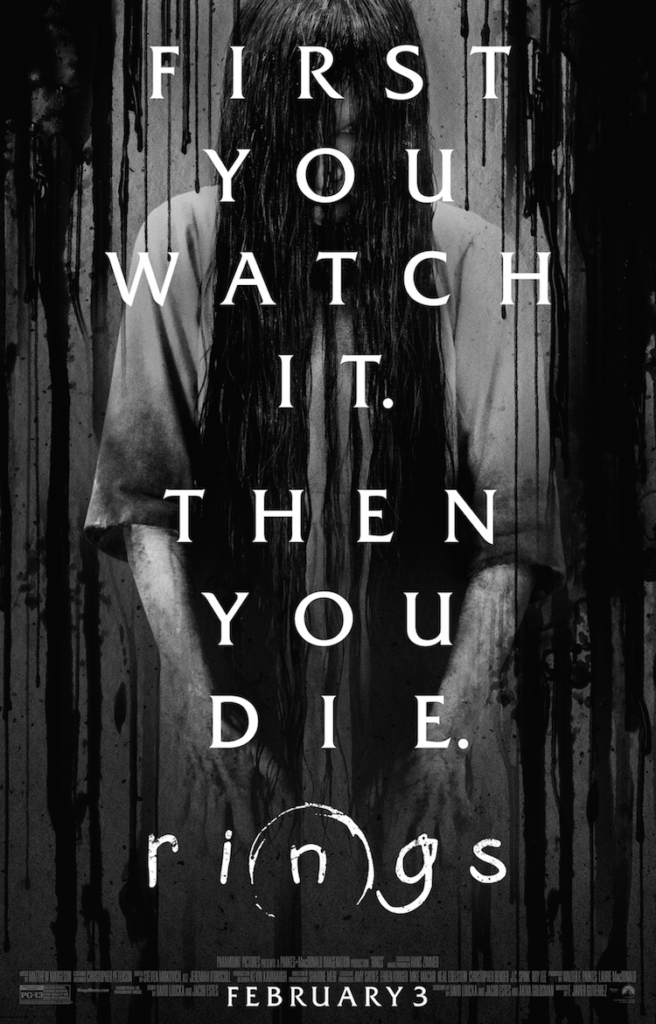 In the film, a young woman becomes worried about her boyfriend when he explores a dark subculture surrounding a mysterious videotape said to kill the watcher seven days after he has viewed it. She sacrifices herself to save her boyfriend and in doing so makes a horrifying discovery: there is a “movie within the movie” that no one has ever seen before…

Rings will be released in theaters February 3rd

You can also check for updates on all the socials