Netflix released the trailer today for their new sci-fi post-apocalyptic film IO.  Over the holidays while many of us elected to stay indoors to binge-watch movies, the streaming giant Netflix provided us with Bird Box. The movie immediately went viral and even launched the #BirdBoxChallenge meme which was both incredibly bizarre and dangerous.

The film IO also deals with the end of humanity.  In the story, Sam (Margaret Qualley), one of the last survivors on a post-cataclysmic Earth, is a young scientist dedicated to finding a way for humans to adapt and survive, rather than abandon their world.  But with the final shuttle scheduled to leave the planet for a distant colony, her determination to stay is rocked by the arrival of another survivor, Micah (Anthony Mackie). She must decide whether to journey with him to join the rest of humanity and begin life anew, or stay to fight for Earth’s survival. 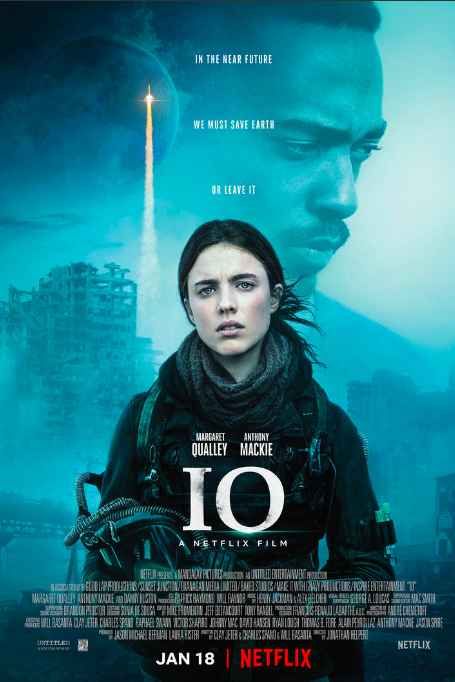 Directed by: Jonathan Helpert and written by Clay Jeto, Charles Spano and, Will Basanta.