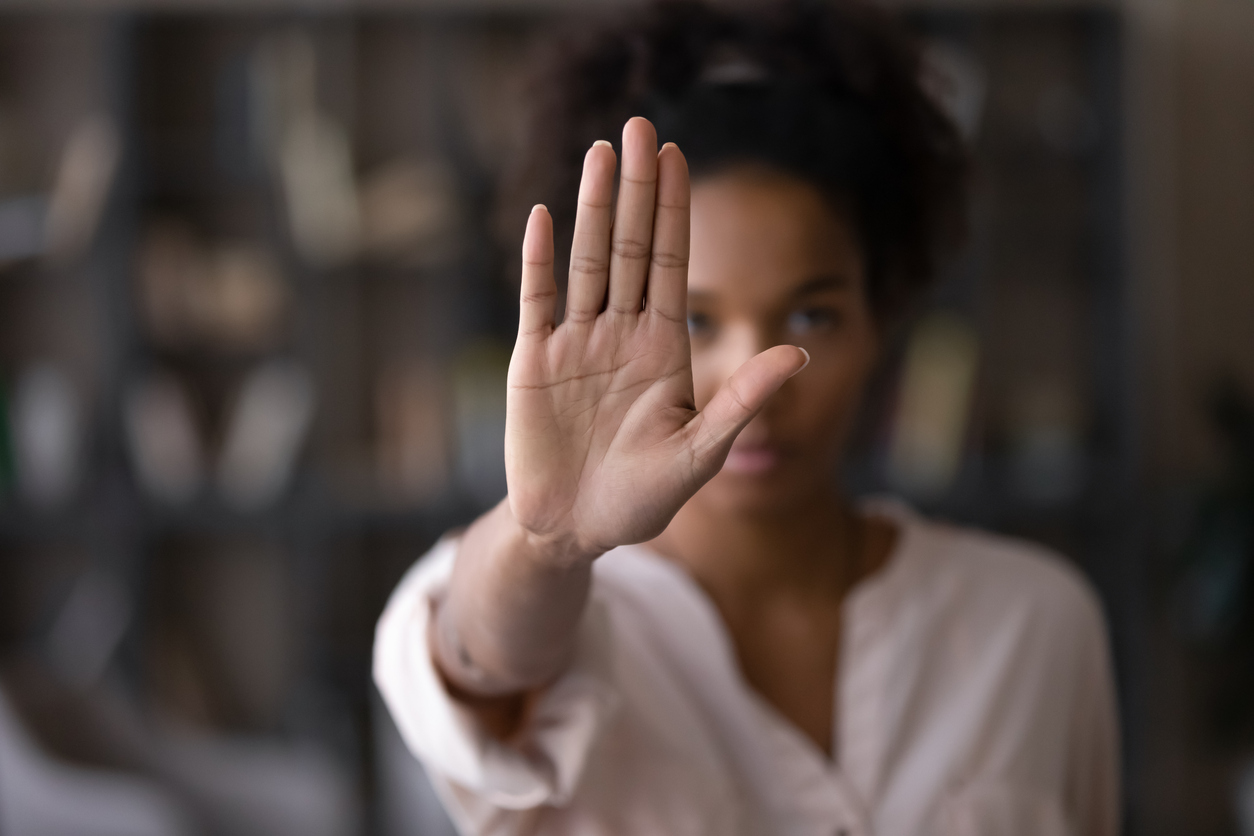 April 2022 marks the official 21st anniversary of Sexual Assault Awareness Month. This year, the National Sexual Violence Resource Center (NSVRC) recognizes their Building Safe Online Spaces Together campaign to highlight how each of us have a part in creating safe, respectful, and equitable online communities.

Sexual harassment, assault, and abuse can happen anywhere, including online. These things have become expected behaviors online, and we’re almost numb to it. During April, NSVRC’s goal is to educate communities that anyone can practice consent and that we can intervene when we witness harmful behaviors and promote safety and respect — both online and offline.

Sexual violence is a topic that is difficult to hear about and even harder to say. Conversations about rape and sexual assault are uncomfortable and even awkward for people to discuss. Whether it’s someone who has been violated or someone who hasn’t, the word “rape” sets an unpleasant tone that creates a wall of silence — a wall that needs to come down to expose all the violence that plagues our society.

The awkwardness stems from a culture of ignorance about rape and sexual assault. We all know rape is wrong and that it should not happen. But we don’t like to talk about it. We have limited language to fully address rape. However, there is no shortage of people telling women how to prevent themselves from being raped, which is absurd.

In the 1940s and ’50s, movements for social change started to gain traction and were led by Black women and women of color. Rosa Parks worked at the intersection of race-based and gender-based violence. This would later be called “intersectionality” by Columbia professor Kimberlé Crenshaw.

The first rape crisis center was founded in the San Francisco Bay Area in 1971, the same city where the first Take Back the Night event was held seven years later. Even before Sexual Assault Awareness Month was nationally observed in 2001, advocates had been holding events and marches related to sexual violence.

I am a survivor of rape. I was an 18-year-old freshman in college. It still affects me and always will. It’s one of those things that never leave you; you never forget. Although you carry on with your life, you are forever changed. It’s an acceptance you have no choice in making. I called myself a victim for many years, and that language shaped how I saw myself in every area of my life.

What I’ve learned over the years is that there is a silence around sexual assault and rape. We have to educate ourselves about it, to be able to have conversations and help those in the aftermath of a rape. The understanding of the language of sexual violence is vital.

Sharon Marcus is a professor of English and Comparative Literature at Columbia University. Her essay, “Fighting Bodies, Fighting Words: A Theory and Politics of Rape Prevention,” explains that the “language of rape solicits women to position themselves as endangered, violable, and fearful, and it invites men to position themselves as legitimately violent and entitled to women’s sexual services.” Her essay is important because it focuses on the theory that the language of rape shapes the people involved as either vulnerable or privileged.

For example, calling someone a “victim” of rape shows that a person had something taken away from them that they didn’t want to give up in the first place. It takes away their power. The language, and the words we use, like “victim,” make it harder for a person to see themselves as a survivor.

When Dan Turner, father of Brock Turner (who raped and assaulted a young woman behind a dumpster), said that his son’s conviction was, “. . . a steep price to pay for 20 minutes of action out of his 20 plus years of life,” he diminished the crime, degraded the woman, and pointed the finger away from his son — the rapist — and toward the woman he raped. Society has supported a culture of rape, and this language reinforces victim blaming. Her character was also assaulted; her being inebriated was criminalized more than Turner’s violence.

We have to stop looking at people who have been raped as victims. They are survivors who have or will overcome an experience that doesn’t define who they are. It’s time to change the language in order to tear down the walls and have normal conversations.

As the NSVRC highlights protecting online spaces this month, they make an essential point that certain behaviors have become so normalized that sexual abuse is not taken seriously. Some forms of online sexual harassment and abuse include:

Sometimes violence is initiated online and then takes place in person. But even when the abuse occurs virtually, the impact on the victim can be just as harmful.

During the month of April, you can do your part to raise awareness and get involved. Visit the National Sexual Violence Resource Center and join the #30DaysofSAAM challenge on Instagram. There will be daily prompts that encourage creative ways to raise awareness, educate, and connect with others.

If you are a victim of sexual assault, you are not alone. The Rape, Abuse, and Incest National Network (RAINN) can help. Call the Hotline at 1-800-656-4673 to be put in contact with your local rape crisis center.