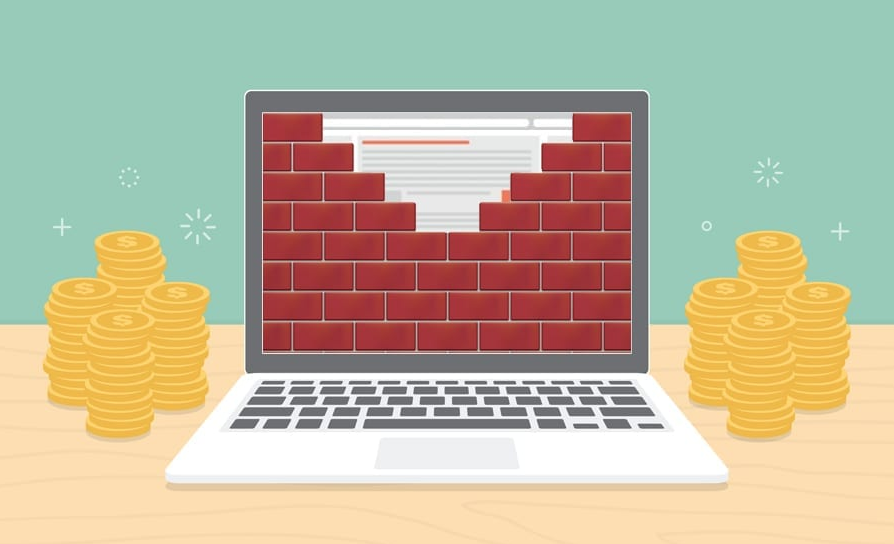 Picture this: It’s a beautiful day.
You’re well into your morning grind with a cup of coffee by your side.

Naturally, you click on the article, and just as you’re about to scroll down this happens…

I mean—THEY emailed YOU the article, right?

Or maybe you were scrolling around on Twitter and the article popped up in your feed.
The funniest part of it all? You’re probably not even following the account the article was posted from.

Oh, no…it was probably “suggested for you.”

Did I ask you for your suggestion, Twitter? Did I?

Imagine living in a world where social media platforms “recommend” and “suggest” content “for your pleasure” in an attempt to gain your trust, just to lure you to content that slaps you in the face with a price tag?

Well, spoiler alert: This is our new reality and we’re already living in that world.

Social media and journalism have been in cahoots for years.

And can I just say that I feel a little attacked?

All I want to do is be well-informed, and I don’t think that’s a big ask.

Free information helps to boost literacy, which is instrumental to helping Americans succeed in their academic, social, and professional environments.

In an age where fake news is running rampant, the need for accessible, accurate news sources is greater than ever.

The Constitution protects freedom of the press, and it would be nice if we could squeeze in a little amendment that also protects citizens’ rights to access information from the press for free.
In order to become a better-informed society, we need to be able to consume news from reputable sources. However, this is increasingly becoming impeded by paywalls that inevitably force readers to pay a subscription.

So, how did we get here?

Well, let’s take a look at why newspapers and media outlets started rolling out paywalls over the years.

First and foremost, technology is to blame. It has been a double-edged sword for news outlets  that started out as traditional print media. For empires like the New York Times and the Washington Post, a huge source of their revenue came advertising and paid print subscriptions. However, since digital content has increasingly become the preferred format for readership, print revenue took a hit.

You might be thinking, “Yeah, all traditional industries have been impacted by major technological advancements. That’s nothing new!”

I don’t know about you, but I would say that’s a hefty hit to an industry that has been at the center of keeping our government accountable and transparent.

Yet, the print media industry quickly learned that if they weren’t going to be able to stop digital media from rising to the throne, they might as well work with them. Since 2008, print and digital media have become quite entangled (and it ain’t got nothing to do with the Smiths this time).

According to the Atlantic: “In a print newspaper or a broadcast television station, the content and the distribution of that content are integrated. The big tech platforms split this marriage, doing the distribution for most digital content through Google searches and the Facebook News Feed.”

SMH! I told you they were in cahoots!
And the bottom line?

With over 5 billion users on social media: traditional readership is out, digital readership is in. The problem with this shift is that it highlights a glaring contradiction. Social media and most digital outlets have primarily been free for people to access and use since their inception.

Yet, the minute you want to learn more and click on an article that redirects you off of these platforms, you’re eventually hit with a paywall.

What are you likely to do?

Exit the site to find another forum or outlet that will let you read the news for free? Or are you going to whip out your credit card to subscribe and pay a fee?

Yep. I thought as much, and I don’t blame you!

As a result, we’ve seen an uptick in people sourcing their news from unreliable talking heads on Reddit, Twitter, Quora, TikTok, and the list goes on. In fact, so much misinformation has been found on social media that there are entire YouTube Channels dedicated to busting “hacks” and viral news found on these platforms.

This leads us to question the ethics of paywalls.

To a degree, I can see why these outlets feel the need to charge a subscription for digital consumption. After all, these companies are simply trying to stay afloat like everyone else and the revenue is essential to sustain their operations.

At least that’s what they would have you think.

Let’s not act like media outlets aren’t already selling our data and private details to third parties. Don’t forget about the cookies they install on your browsers to track your search history. These help their advertising partners market their unsolicited products and services to you.

Might I ask how much they’re earning from that type of revenue? 👀

Oh, don’t wanna talk about that now, do we?

So, excuse me if I think digital outlets are biting off more than their fair share compared to what I’m getting in return as a consumer.

In the long-term, paywalls are not likely to be a viable solution for either digital outlets or the consumer. Besides, the power of free information is undeniable when it comes to boosting America’s voter turnout and protecting voters’ rights. When voters have access to open resources and key news, they can make better-informed choices and vote with greater confidence during election season. With midterms coming up in November, this could be a game changer!

Therefore, it is crucial for news publications to understand that they have a greater and ethical role to play: not only in what we consume, but in furthering an equitable and free society.