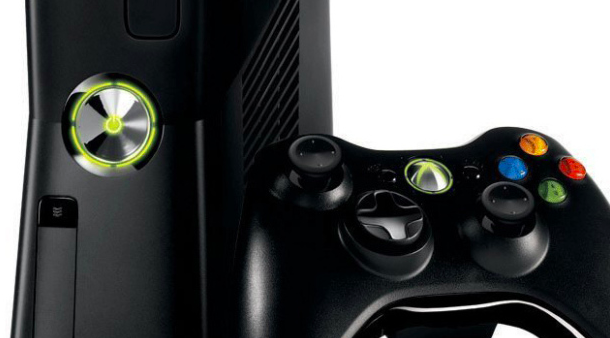 Over the last 2 decades, there’s no denying that games have begun to advance beyond our wildest imaginations and the realization is starting to sink in that we have come to the peak in the amount of money and sophistication involved in making video games of today. The gaming industry as a whole was always going to progress, whether it’s a multi-platform title like GTA V or browser-based games like online bingo games you can find at a list of recommended sites on the web.

This is likely one of the leading factors as to why only a few of these are launched each year. Now, because we are looking at trends that have overtaken the industry and that has become clearer by the day, writing this feature has been on my mind for a long time now. However, the issue of Microsoft thinking of giving the world just one game for the Xbox Series X, and the fact that ‘The Last of Us Part 2’ is not yet out has made this the best time to talk about this issue.

It was the Xbox 360 era that marked the extinction of ‘Double-A’ games, and this is where the whole saga started. The only thing I can recall about the Triple A is that it has been there for many years, and yet one cannot wrap his head around what it really means or connotes. The only meaning that is visible enough about the Triple A is that it involves high budget games that involve blue chip marketing firms that are very popular. There is nothing that shows them to be good or not.

The Double A games sit below them in ranking, such that even games like Darksiders and Psi-Ops, that their making is now quarantined to THQ Nordic alone are simply slightly higher than Indie. (Because we don’t have ‘Single A’ games, we may as well call them Indie.) Now, you can compare the Triple A in games to the Blockbuster in cinemas, where you now have films of higher budgets taking the lead. Here, whether films of $300 million or $3 million have the same storyline and action, the one with the higher budget ranks higher.

However, there is a very big difference between the cinema and video games, and the case of video games is worse. At least, the cinemas are always active, (though current situation negates that,) and because they are almost always active, you are always expecting new movies. But when you look at the length of time and amount of money involved in creating a game, you understand why fewer games are launched each year. The present generation escalated the entire situation, and that is why no single Triple A game has been released in the last 4 months.

Many people are saying that the delays are because of the current situation, but this cannot take the entire blame and the number of expected releases before the situation is very small. Wasteland 3 and Minecraft Dungeons would be with us in a few months, while there are indications by Naughty Dog that The Last of Us Part 2 will be with us by summer. That’s when they envisage that there would be normalcy for people to buy and use it.

However, from December to March, the highest amount of delays was witnessed. There was nothing released into the market, while Cyberpunk 2077 and Marvel’s Avengers came after delays of more than 6 months. These delays surpass whatever the current situation may have brought about. There are definitely no specific reasons for these delays; only that time is needed to come up with modern games that look good – though these ones stayed longer.

Now, everybody wants games not to be launched half baked. But while we want properly finished games only, the fact that no placeholder is given while we wait for these games is the problem, and not the delay itself. When you look at some of the biggest names that should have rolled out more than 6 games, you find out that they’ve made just one or two for a long time.

This is bad for all parties involved. It amounts to having no alternatives for game developers, and when you eventually come up with the game and it’s not as appealing to the people as you want, you may be looking at bankruptcy. Because of this, firms would have to make extra efforts to remain within the circle of what is, and to ensure that they do not come up with very daring and unique titles for fear of the type of reception these would receive. They can’t be innovative enough due to the fear of being out of business, even when they spend huge amounts of money making decent games.

This problem has lingered for many years, though some people ignore it or fail to spot it, but it has gotten to a point when people cannot ignore it any longer due to the circumstances of the present year. Before we got into the current situation, no one was expecting more than 12 Triple A games per year. People tend to forget everything once they have one game that fulfills their fantasy, not realizing that the entire arrangement is killing variety.

There is some level of meltdown in the games industry. The number of games released per year is reducing and therefore the ones that are eventually released stay on the limelight for a longer time, with multiple online options and DLC. This has gotten to the peak of it, though even worse is expected from the next generation, which will see a lot of costlier and time-intensive games. Especially for gaming news and reviews.

The Xbox Series X launch from Microsoft involves a single game which is not even guaranteed. This is not because they are spacing the releases, but because of the games being too costly, too bloated and too large, and this makes it imperative for someone to take the bull by the horn and tell them to stop, or it may get to the time when less than 10 Triple A games would be released each year.