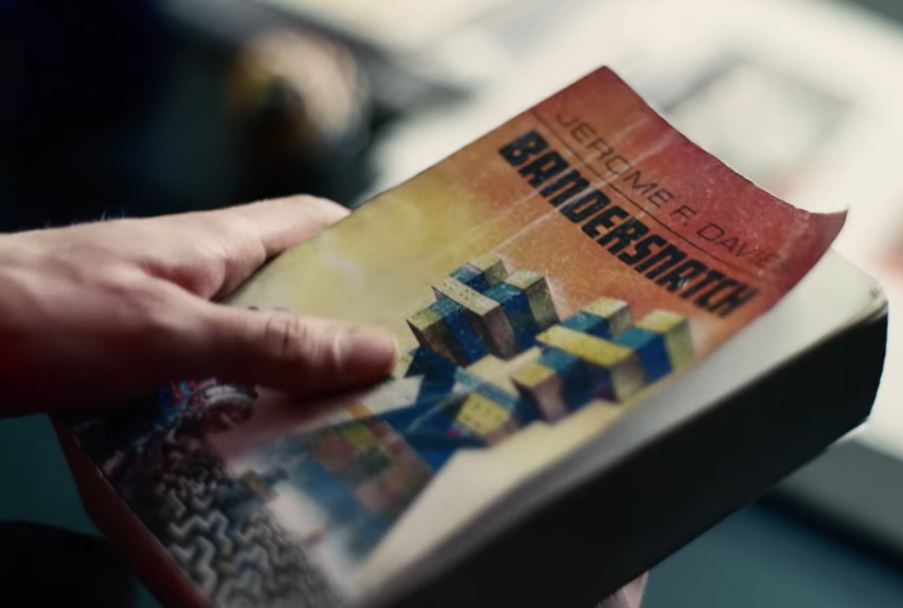 I waited up for the Netflix release of the film Bandersnatch in the early morning hours Friday. It dropped at 2 AM CST, too late for me to hang. I dozed and missed several decisions, having stayed up too late to watch a movie. I waited until the next day to give it a good view. The film and the experience do not disappoint, as Black Mirror rarely does. However, the interactive viewing is something that I have so many thoughts on.

In short, I don’t think we are ready for it.

Is Interactive Film Even Ready for Us?

Black Mirror: Bandersnatch is about a game programmer named Stefan, played by Fionn Whitehead (Him and Dunkirk) in the 80s who has an idea for a groundbreaking video game. The idea comes from a favorite book of his, entitled Bandersnatch. It’s a Choose Your Own Adventure book, like many of those 80s kids like me, loved to ingest. Readers go through the story until they get to a decision. The book tells them to go to a different page for each decision. The book can last for hours or your story can end in minutes. It all depends on the decisions the reader makes.

Turns out, Stefan is suffering from mental illness, stemming from the tragic loss of his mother as a young boy. He takes pills and goes to therapy. He also lives with a father Peter (Craig Parkinson of Misfits) who is very worried about his wellbeing and sees a therapist, Dr. Haynes (Alice Lowe of Hot Fuzz and Sightseers) when things get too weird. On the day we meet Stefan, he is going to pitch his game to Tuckersoft, a new video game company that is trying to corner the market in the burgeoning gaming industry.

This is where the film and the decisions made take drastic turns. Sell the game or not, the adventure really takes off as Stefan works on a game that is full of Black Mirror twists that we all love so much. There are so many decisions, and if you miss one, the movie decides for you. Don’t try to go on autopilot, that doesn’t guarantee that your story will last the full length of the film. There is the option to go back if you hit a dead end, but, eventually, your story does end with the film credits.

At one point, Stefan was murdering his dad because of a choice I made. In another scenario, he was fighting Dr. Haynes, Kill Bill style. I ended up dying several times, and once in jail. Each time, just like those books in the 80s, each little choice produced different twists in the story of Stefan’s journey to develop a game from a book that ended very badly for the author.

The books were very popular back then, so it’s a brilliant marketing idea to use them as the basis for the first Netflix interactive film 30 years later. The nostalgia factor alone will draw an audience to the film. However, it won’t be enough to make them stay.

In fact, there are few problems that impede the experience, making the film difficult to follow at times. There’s one scenario where Stefan is in a movie set for a show and is acting out a scene with the actress playing Dr. Haynes. In another one, he takes a hallucinogenic and trips with his idol, game creator Colin Ritman (Will Poulter of We’re the Millers and Maze Runner) who ends up orchestrating the death of one them.

The options that would seem to lead to a dead end don’t and the ones that should lengthen the story don’t either. Change a cereal choice and the outcome for the game review changes. Vary the song choice on the way to the pitch and things change drastically again. However, choosing to accept or refuse the job gets the same reaction each time despite being and major choice. I admit that’s part of the fun. However, the variations on the story become so extreme that it is difficult to follow what this movie is really about.

I do gather that it follows a mentally ill game creator as he slowly goes insane. But, that’s it. How and why he goes insane varies so much that it actually changes the story. Such a technique is alright for a one-off film. It does not work as a new model for the film industry.

You Still Must Try It

Black Mirror: Bandersnatch is an experience that all film nerds should try, but I don’t see it cornering the market for films any time soon. There are too many things that impede the experience and the act of thrusting the viewer into the action (at one point, a decision will have Stefan yelling at YOU for answers). It’s fun but interrupts the narrative in such a way that it’s hard to follow the plot and figure out what the story really and truly is about. Films are supposed to tell us a story, send a message. The interactive film has a ways to go before it can do these things while offering variation enough to be interactive.

I say this as my 15-year-old son is raving about Bandersnatch and saying that they should make so many more movies like it. Maybe it’s a generational thing. Maybe I am still stuck on those old Choose Your Own Adventure stories. Whatever the case, I conclude that the Bandersnatch film is a novelty and not a trend. The interactive film needs more work before it can take over the industry.