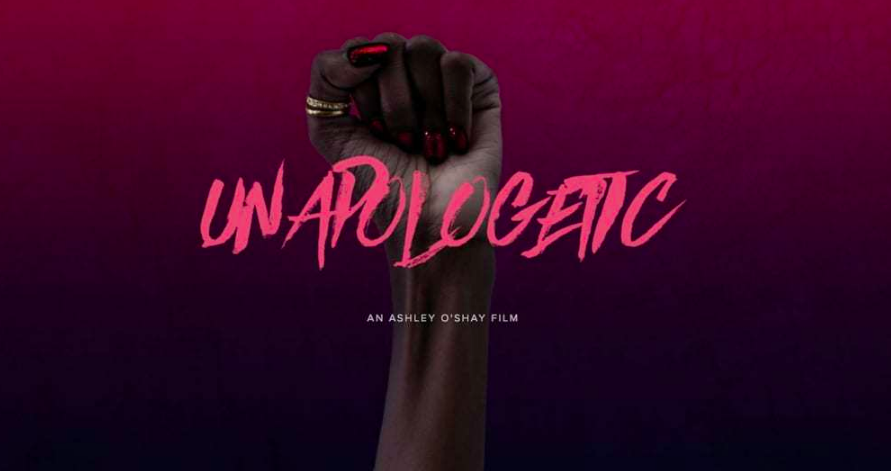 “This is our city. But when you expect folks that you’ve held back for centuries to say, ‘I’m sorry,’ I’m afraid you’ll find us rather … unapologetic.”

Ashley O’Shay’s documentary, Unapologetic, follows the paths of two activists, Ph.D. student Janaé Eboni Bonsue and Ambrell Gambrell, aka Bella BAHHS (pronounced “boss”). The film starts with a group of activists entering an establishment while people enjoy brunch. The activists chant lines like, “While you are here enjoying brunch, [the Chicago Police Department] has gunned down two of our community members.” They boldly chant in the faces of patrons whose expressions vacillate between concerned and annoyed. One of the establishment’s employees can be seen complaining to the cops, saying one of the organizers was “rude” to him. He then asks, “What good does this do? We all have a TV!”

The documentary brilliantly shows the hypocrisy and inaccuracy of the above statements. We see the good these protests do when they get attention, and yet the community members who attend officer accountability meetings weekly for years barely get a nod. They are simply trying to get justice for their lost loved ones, and it seems as though they’re not being listened to. So, in the words of the incomparably enigmatic Gambrell, “We got no response to being nice, so next time we won’t be so nice!”

Where the documentary excels is showing the human side to the protesters. Gambrell is a child of the system. Her mother, father, and brother have all been locked up at some point. She says they’ve been kidnapped and calls prison torture. She’s a poet and rapper and often performs at demonstrations. She’s young and focused and fearless, and understanding her motivations allows you to empathize and root for her more. We also have Bonsue, whose father was her main inspiration for activism. We see her balancing her activist events while attempting to obtain her doctorate. Watching her juggle these two missions, changing the world at a personal level vs. changing the world at systemic and academic levels, is relatable, and her energy and passion give hope for the future.

Unapologetic is truly a lovely documentary, and it’s easy to fall in love with the subjects. I was able to speak with director Ashley O’Shay about her thought-provoking film.

Tell us about why you decided to make this documentary.

I decided to make this film in the fall of 2015. I’d just returned to Chicago and at the time, a lot of people were organizing around the police killing of Rekia Boyd. In Chicago, they would attend these monthly Chicago police accountability meetings requesting that the officer [Dante Servin] who killed Rekia Boyd be fired. I was immediately impacted not only because the people organizing were young Black people like me, but the people being centered in leadership were women that I could identify with. I started thinking about [how] in my own education there hadn’t been a comprehensive media piece told from the perspective of Black women and feminist leadership. The killing of Rekia Boyd and later Laquan McDonald [a young man who was shot 17 times by one officer] inspired the blossom into a feature-length project that focused on those two police killings, but also [a] kind of a coming-of-age story about these two young Black women.

I think what humanizes the piece and makes it relatable is learning more about the people behind this work. Where did you find Janaé and Bella?

I found them doing the work! Janaé, I contacted first. She was a leader in the Black Youth Project 100 Chicago chapter. She was 24 at the time, so I was interested in how she would balance the grassroots organizing with this heavy course load. Laquan MacDonald came to the forefront later that fall, and I realized this was going to be more expansive than I thought. So I reached out to some other organizers and found Bella at a performance she did after Gary McCarthy was fired from being [Chicago Police Superintendent]. [There’s more detail in the film regarding the allegation that McCarthy was withholding the body cam footage of Laquan’s death.]

Former police board president and current Chicago Mayor Lori Lightfoot said, “There is a time and place for everything. It’s easy to protest — what’s hard is the work toward actual solutions.” She goes on to exposit that the police abolitionist activists want police firing without any due process or investigation, despite this never being said by any activists. What is your response to people who inhabit this kind of thinking?

I think this film is a response to that. Lori especially — her comments show the disconnect between our leadership and the citizens of Chicago. It’s not just the protests, it’s also uplifting the strategy and planning moments that lead up to these protests. It’s a clear disconnect that shows [Lightfoot and detractors] have no idea of the work these organizers do behind the scenes. Additionally, I think protest is effective! As Janaé says in the film, every protest doesn’t need to have a purpose. Sometimes people just need to express how they [are] feeling.

There’s a through line in the film about the role of Black men in the movement and sometimes the way they usurp the women. Black women are expected to cape for everyone but can often be left to fend for ourselves.

Yeah, the decision to center Black women and queer folk and transfolk in the work was not going to be an easy one to pass in the Black community because they’re so used to having one central leader who is usually a man. The [female-led] orgs I contacted were very intentional about collaboration and partnerships. We can’t just focus on Black male issues and make strides with that and not have made any strides with things that impact [Black women and femmes] because we live in intersectional identities.

When we’re dealing with people like Lori Lightfoot and Anita Alvarez, who was the prosecuting council and instrumental in getting several officers off, how do you go against other women of color who are in these positions?

You know … I think … “all skin folk ain’t kinfolk.” [Laughs.] With Lori in particular, it was especially frustrating to organizers when she was running for mayor. It was clear she was running on this platform of “I will be the first queer Black woman mayor,” using her identity to mobilize Black and liberal white communities. Now everyone is seeing the effects of that poor decision, especially after last summer [during the nationwide George Floyd protests] with how CPD dealt with a lot of the [local Black Lives Matter] protests. She has the identity, but she doesn’t necessarily have the politics that represent the people of Chicago, and people are seeing that.

What do you want the audience to take away?

I want audiences to witness Black women in their power. And that’s it!

Unapologetic will premiere in New York on Friday, August 20. Then it will travel to major cities for debuts. Check out their website for more information.