It’s been two weeks since Assassin’s Creed: Origins dropped into the hands of your favorite YouTube gamers, reviewers, and friends, and the results are in. The franchise that never seems to disappoint upholds its ten-year trend of engaging age-old legacies that have taken players as far back as the Third Crusade since 2012. In short sum, Abstergo is still a mess that can’t keep track of its free agents, the Knights Templar are reaching for relevance, the Pieces of Eden are God-knows-where, and the Assassins have been rocking the same ‘fit since 0 BCE. So what’s new?

*A parallel conflict and/or sub-plot of this installment in the Assassin’s Creed franchise concerns the relationship between fair-skinned Greeks and dark-skinned Egyptians. While some may counter that, labeling ancient Egyptians as Black is anachronistic, skin color did serve a social function as class identifier in a relatively stratified, Greek-influenced Egypt. So we’re square? Great.

Now while the Ubisoft franchise has characteristically dropped players all of over the world and throughout time over its ten year history, Origins has simply outdone its brothers, if only by the massive scope of its landscape-dependent narrative. Many detractors of the AC franchise complain about the linear constraints of time and place on the story. In Origins, time and place are unprecedented strengths. The Egypt Ubisoft presents feels vast and timeless. This isn’t a game you conquer in one sitting. With glimmering pyramids, hungry crocodiles, blood-thirsty arenas, unlockable constellations, belligerent hippos, and sifting sands, the world of AC: Origins isn’t just waiting for you; it’s alive. And so are its characters. 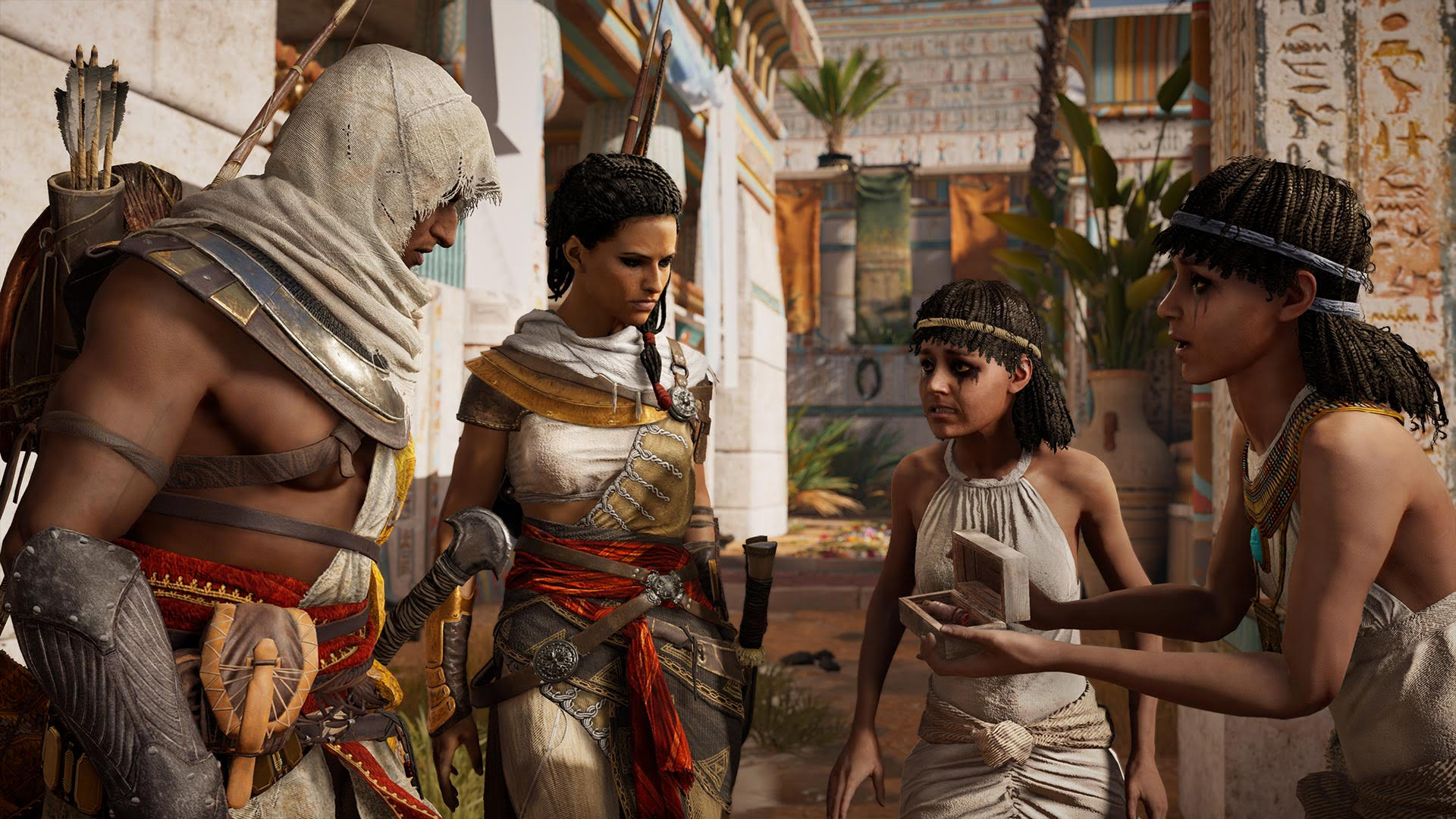 Players follow (fine ass) Bayek, Medjay of the Siwa Oasis on his surprisingly non-repetitive quest for vengeance and justice behind the curtains of ancient Egyptian society. But his melanin isn’t the only thing popping off in polite circles, y’all. The combat system is revamped and reactionary. Gone are the days of being surrounded by a mob of CPU enemies who insist on fighting you one at a time! Plus, if you manage to kill someone important enough, you’re gifted with a psycho-spiritual dream-like cutscene where you can send your enemies off to Anubis by relegating them to a pile of dust.

So, on a scale of The Scorpion King 3 to Prince of Egypt how good is AC: Origins, you ask? In using video games as an even playing field to showcase the greatness of POC narrative with POC creatives at the helm, it’s Prince of Egypt SOUNDTRACK good. Get yourself a copy, friend.

I’ll see you in the sand. 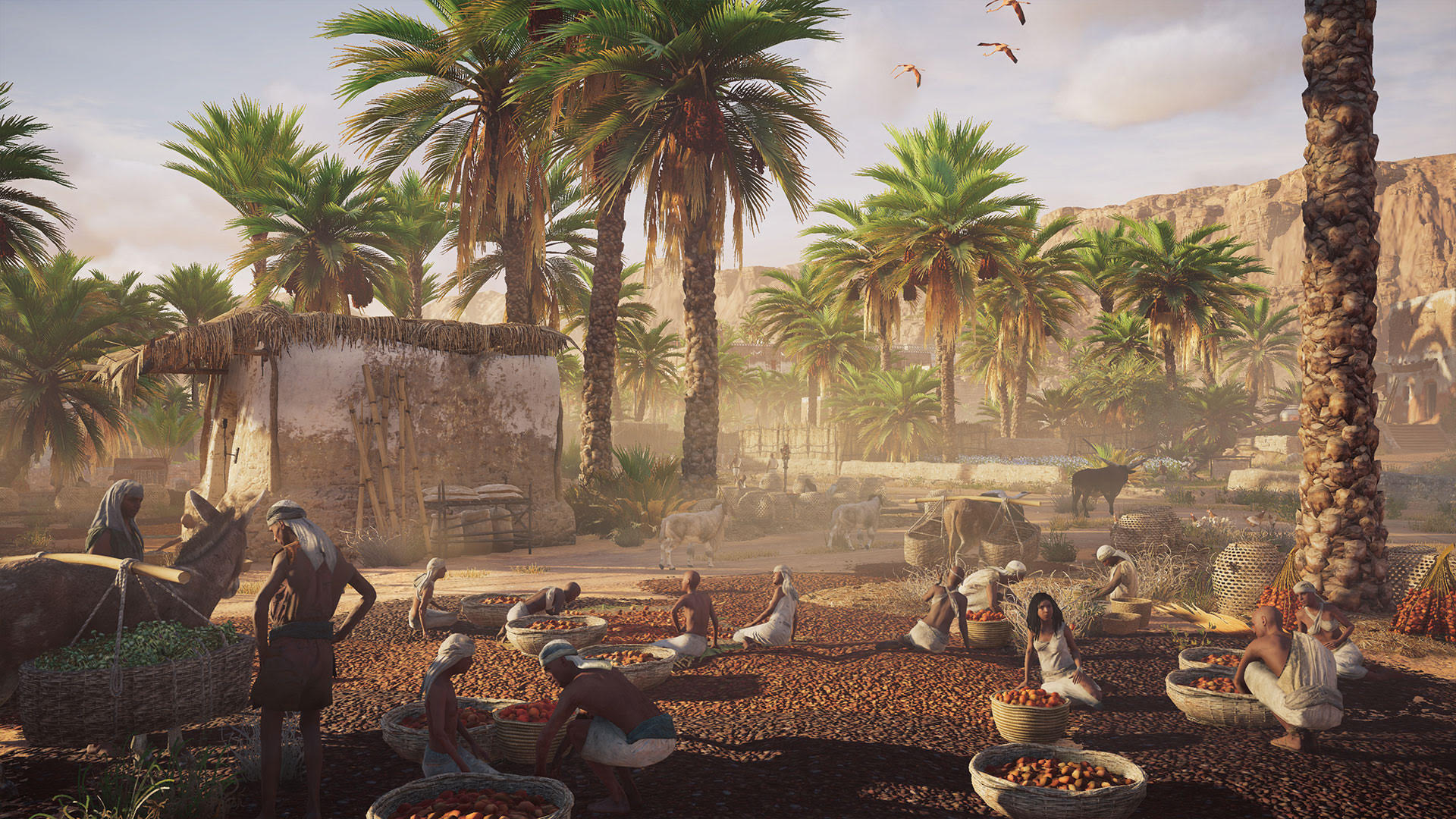 Jonnell Burke is a student of Cognitive Neuroscience at the University of Pennsylvania, as well as an Eraserhead enthusiast, Orson Welles impostor, spandex suit inspector, and RPG queen. When not polishing her Marvel encyclopedia you may catch her backpacking through Nanda Parbat. If you tolerate Wolverine slander you may catch these hands instead. Jonnell aspires to be abrasive, uncomfortable and soon available at a channel near you.