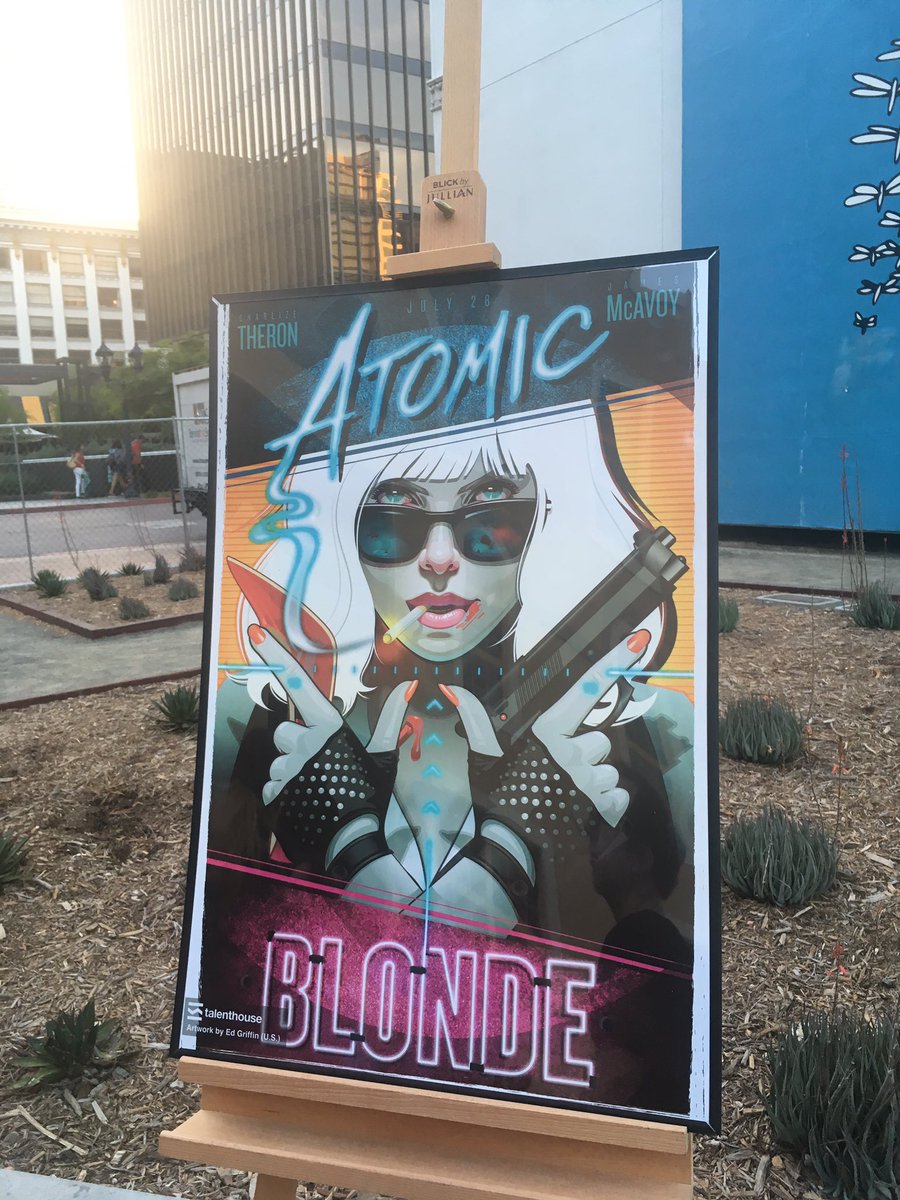 When I saw the first trailer for Atomic Blonde I wasn’t really intrigued. I wasn’t sure I would see it until the opportunity came to attend a cocktail party and screening at SDCC.

The PR team for Atomic Blonde put together a really nice gathering at the Horton Plaza Park. Signature cocktails, appetizers, and a bevy of blonds in trench coats and dark glasses interacted with guests prior to the screening.

Attendees also got a surprise visit from Charlize Theron seconds before the film started. So here are some of my favorite parts from the film:

Theron’s passion for this film and its character is evident in every inch of her performance. She inhabits the role like a well worn cozy sweater. In my opinion, the bits of the first trailer that hinted at this film being heavily directed at the “male gaze” didn’t manifest that much.

James McAvoy is an equal partner to Charlize. He plays his role with a maniacal gleefulness that adds a lot of great humor to the film.

The soundtrack for this film in many respects deserves the same star billing as the cast. Every song is a throw back to the 80’s Cold War era and links perfectly with the action.

The set decorations, clothing, and locations for the film really take viewers on a trip in time. From the clothing brands to the signage in airports, restaurants, and hotels, nothing distracts viewers from the time period.

Blonde excels in showing the pain and grittiness of hand to hand combat. It’s brutal and thrilling at the same time. There are also some really thrilling car chases.

From an advertising standpoint there was a definite push to dub this movie “The Female James Bond” but it doesn’t ring true for me. Atomic Blonde is a step in the right direction in terms of showcasing a woman’s ability to be equally fierce as a fighter and a spy, but I felt there was something lacking overall in the film’s finale. That doesn’t mean that there isn’t potential for sequels, but the characters and situations don’t fit easily into the spy film mode. It will be interesting to see the publics response to the film.