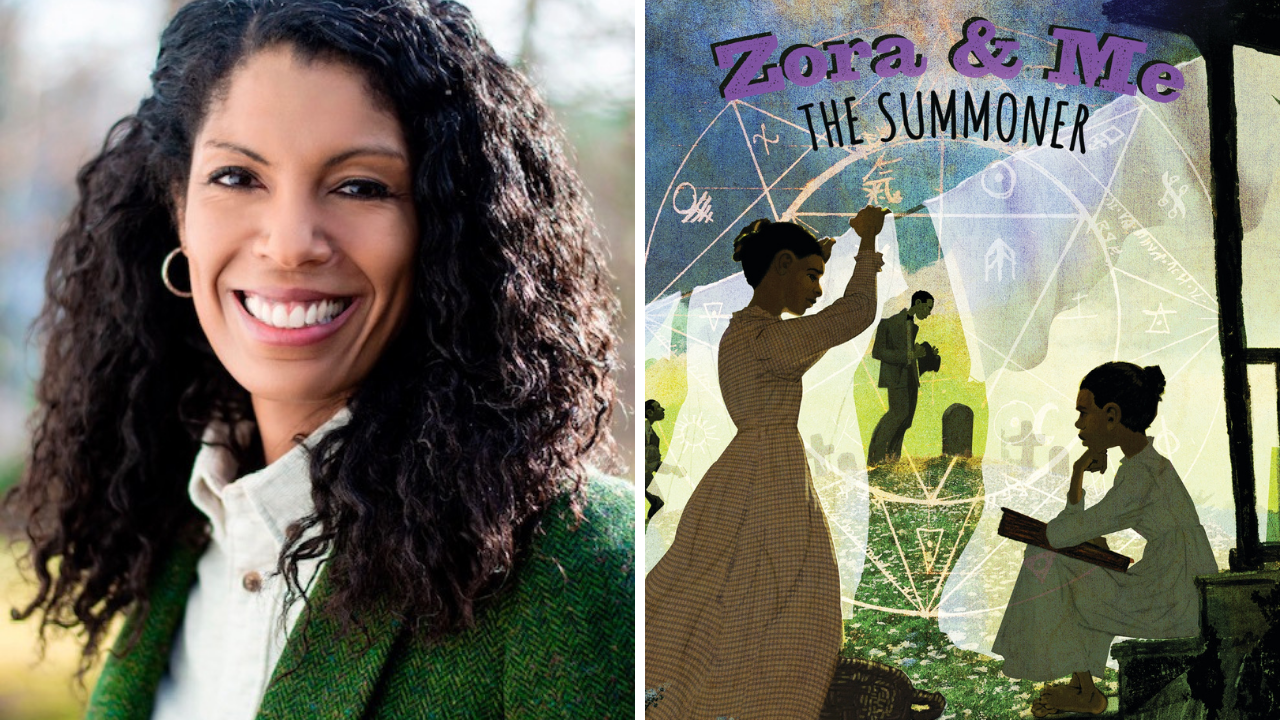 Victoria’s virtual book launch event for Zora and Me: The Summoner can be found here.

In 1973, Alice Walker, author of The Color Purple, traveled to Fort Pierce, Florida to find out where Zora Neale Hurston, author of Their Eyes Were Watching God, was buried. The information came from the daughter of the man who had overseen Zora’s 1960 burial. In Alice’s 1975 telling “Looking For Zora,” the second-generation funeral director kept ebony dye on the office’s bathroom sink for the purpose of touching up the corpses’ hair-dos. The practicality of keeping up appearances for the dead aside, she also identified the “Garden of Heavenly Rest” cemetery as Zora’s final resting place. Alice asked for directions to Zora’s plot. The funeral director said it was just beyond “the gate” and “in the center of a circle.” When Alice, her friend, and another woman from the funeral home arrived at the burial ground they discovered a thick waist-high bramble had blanketed over any discernible landmarks, not that Zora even had a headstone in the first place. After she located the site, that’s what Alice intended to do. Mark it, properly and respectfully.

The so-called garden for the dead had become an overgrown wilderness. The funeral home woman cautiously stayed at the car while Alice and her friend waded through the mostly abandoned tract ever-anxious about those Florida things that lurk, slither, bite and sting. Exasperated by the neglect of the place and the possibility of real danger lurking at her feet, Alice began to yell and plead across the time and space continuum for the long-dead Zora to reveal her final home. Shortly thereafter, Alice stepped into a recessed rectangle. It was the only thing resembling a grave. Famously, Alice purchased a modest headstone to display the grand inscription:

“A GENIUS OF THE SOUTH”

While I worked on Zora and Me: The Summoner, the final installment of the middle-grade mystery series inspired by Zora’s childhood that I co-created with T.R. Simon, my mind would return to this scene of Alice in the cemetery. One reason is that my novel involves a grave robbery that my fictionalized Zora discovers with her best friends. Another and more important reason is that when Alice Walker resurrected Zora’s work she paved the path that alongside others I’ve written my words across. The writers, researchers, scholars, and artists that focus on Zora because of her artistry, her nuanced worldview of race, womanhood, and love; her sprawling and profound understanding of colonialism, folklore, and power; we constitute a fan society of a kind that Alice Walker’s commitment to African American women’s experiences founded. If it wasn’t for Alice, we might not have Zora. If it wasn’t for Zora, we might not have Alice. How the living show respect to the dead is by refusing to let the memory of the dead die. This is one way, I believe, we can let what’s immortal in all of us come to life.

The thematics of Zora actually writing about zombies during her lifetime, only to have her work and legacy resurrected after her own death, were irresistible to me. So, in The Summoner I spun out what exactly a young Zora may have thought about the potential of bringing someone back from the dead, of immortality. And what lengths Zora may have gone to, if she considered it a possibility to save from death, the central, beloved figure of her life: her mother.

In one of her most haunted and beautiful passages of writing, Zora wrote in her autobiography, Dust Tracks On The Road:

“The Master-Maker in His making had made Old Death. Made him with big, soft feet and square toes. Made him with a face that reflects the face of all things, but neither changes itself, nor is mirrored anywhere. Made the body of Death out of infinite hunger. Made a weapon for his hand to satisfy his needs…Death finished his prowling through the house on his padded feet and entered the room. He bowed to Mama—”

In the autumn of 2020, as many of us continue to cope with a spectrum of loss that ranges from the death of loved ones, to the absence of routines, to food insecurity, the strangeness of Death with “square toes” doesn’t seem so strange, in these times, at all. What is remarkable in Zora’s accounting is that Death bows to her mother and in so doing shows respect and reverence for life itself. For Black women especially, we can honor the promise of our lives by acknowledging and celebrating those who came before us. This is the lesson I’m grateful Alice Walker taught us nearly fifty years ago. It’s a lesson I humbly hope to never stop learning.