In The Autopsy of Jane Doe, small-town Virginia is shook after the police discover a gruesome murder scene in the home of a local family. In the basement, an even more disturbing discovery is made with the partially buried nude corpse of an unknown woman. The cops want to know more about this mysterious cadaver, so the body is taken to the small, family-run morgue. Tommy Tilden (Brian Cox) and his son, Austen (Emile Hirsch), are in charge of the mortuary and agree to help the police perform the autopsy, not knowing what lies in store for them. 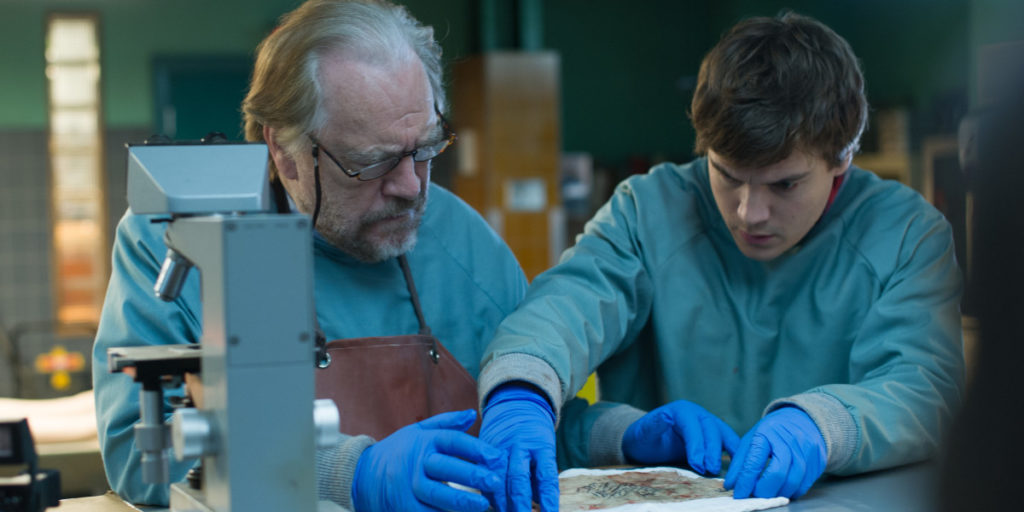 The Tilden’s are two men who work in a mortuary and seem to lead regular lives.  Austin Tilden has a girlfriend and sees his work as an average day job. Tommy is a widower who takes the job seriously as he is the one with the knowledge and experience. The duo is meticulous when it comes to their job and frankly, make forensic science look exciting. As they methodically peel back layers of skin and bone while working late into the night, Tommy and Austen are baffled by the lack of external signs of trauma and the alarming extent of Jane Doe’s internal injuries. Confused and annoyed by these forensic abnormalities, the pair get a bad case of the creeps as the environment becomes its own version of hell. 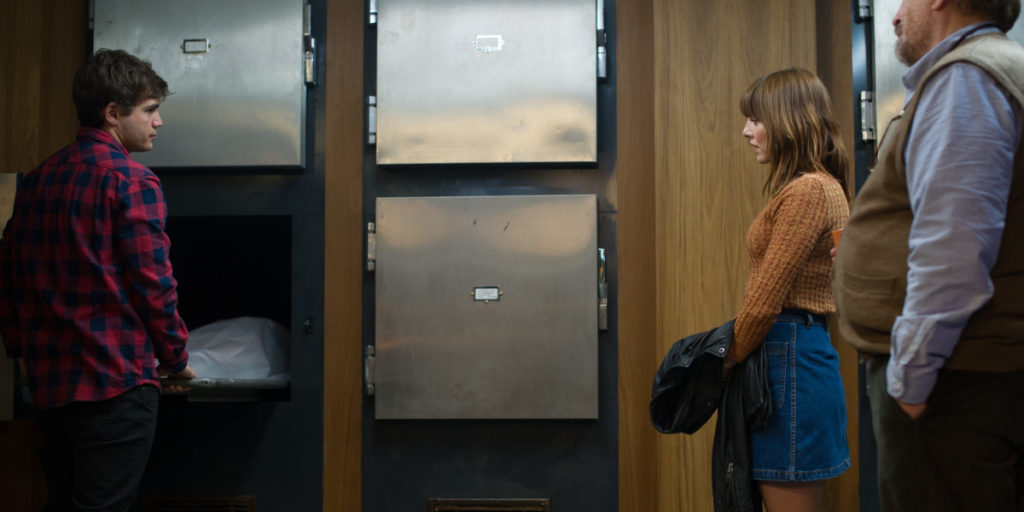 I don’t want to give it all away, but Austin and Tommy recover some satanic items hidden inside the body, which they find is the reason why things go topsy-turvy in the mortuary. There is something about working in a morgue that is inherently creepy, but  elevates the tension is understanding the Tildens’ fate is tied to the arrival of Jane Doe. And now the men have to figure out how to get rid of her without sacrificing themselves.

As strange as this sounds, it’s a nice change to see male characters in horror and how they deal with impending doom. I observed fewer tropes when men are at the center of the story. Very interesting indeed. 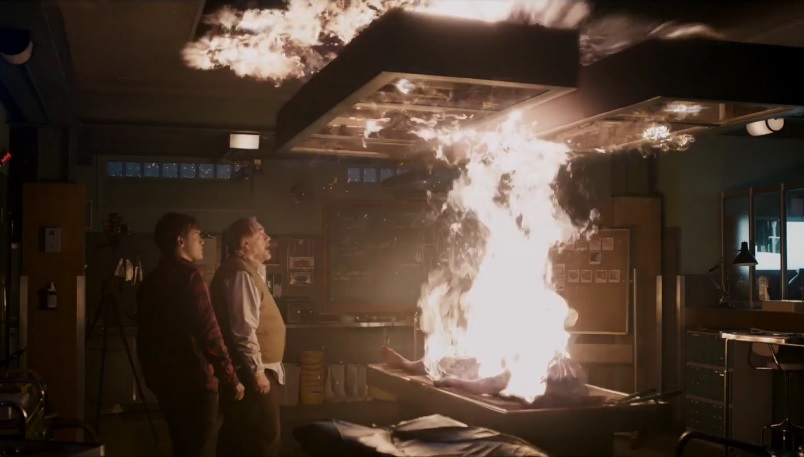 Director André Øvredal makes excellent choices regarding the look and feel of The Autopsy of Jane Doe. Minimal music is used so the silence and sound can take center stage. There is a sense of claustrophobia due to the tight space within the morgue. The addition of smoke and darkness is used to make the audience’s mind wonder what might be hiding in the shadows. It sent chills down my spine. Modern horror films don’t do that too often.

Jane Doe is dangerous, but the audience isn’t given direct information about her. But this the smallest of the issues here. As the movie reaches its climax, it’s as if they realized they ran out of money and had to rush the last 20 minutes. The film unravels all the horror and suspense it established and replaces it with cheap jump scares. Ultimately, the Autopsy of Jan Doe left me feeling empty and incomplete with all of that tension built up for nothing.

It made me want to cry. It burns me when a film starts with such promise, to fail when wrapping up it’s ending. Unfortunately, The Autopsy of Jane Doe is a huge letdown.