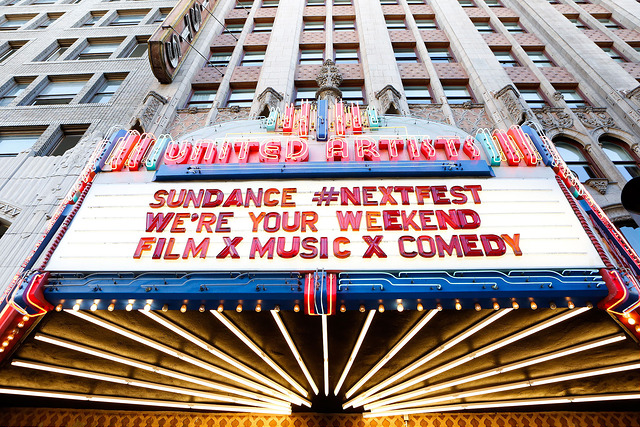 The Sundance Film Festival in Park City, Utah is the mecca for independent film. Located on the side of a mountain, where most housing options are luxury ski resorts, Sundance is quite often of reach financially and geographically for most cinephiles. But for those indie film fanatics that want to stay in the sunny climate of Los Angeles, there is Sundance Next Fest. Sundance Next Fest brings the summer’s boldest indie movies and music to the heart of LA. Straight from the Sundance Film Festival in Park City earlier this year, these movies make their LA debuts. Sundance Next Fest kicks off next week at The Theatre at Ace Hotel Downtown Los Angeles August 10-13th. The festival premiere event is a 25th-anniversary screening of Reservoir Dogs on restored 35mm and ceremony honoring Quentin Tarantino. Numerous films, comedy performances, conversations, and concerts will be paired together all weekend long, providing festival goers a truly unique cinematic experience.

Ava DuVernay (13th, Selma) will attend for a conversation with director Justin Chon after Saturday’s 4:00 p.m. screening of Gook. Ava—right on the heels of her honors at the Blackstar Film Festival last week—is continuing her crusade to champion, mentor, and cultivate young film talent from underrepresented groups. It was recently announced that she, along with Charles D. King and Victoria Mahoney, will adapt Octavia E. Butler‘s sci-fi novel Dawn into a television series. This marks the first time Butler’s work will be adapted for television. Also at Sundance Next is Gente-fied executive producer America Ferrera, director/creator/co-writer Marvin Lemus, co-writer Linda Yvette Chavez, and executive producer Aaliyah Williams, who will be in conversation following the noon screening of all seven episodes of the series. The sorely-missed Larry Wilmore will join directors Antonio Santini and Dan Sickles for a conversation on Dina following the afternoon screening. Since the former Comedy Central host’s late night show was canceled last year, I have been itching to hear his take on our current Disaster-in-Chief. In addition to the films, music, and fun, Sundance Next also features comic showcases. Kate Berlant will host the screening of writer-director Janicza Bravo’s Lemon and performance by Lizzo. Natasha Leggero will host a screening of L.A. Times with a performance by Electric Guest. Please follow along with us all weekend for updated under the hashtag #BGNNextFest.
ALSO READ
Full Statement from the Family of the Late Sidney Poitier

Sundance Institute was founded in 1981 by Robert Redford, Sundance Institute is a nonprofit organization that provides and preserves the space for artists in film, theatre, and new media to create and thrive. The Institute’s signature Labs, granting, and mentorship programs, dedicated to developing new work, take place throughout the year in the U.S. and internationally. The Sundance Film Festival and other public programs connect audiences to artists in igniting new ideas, discovering original voices, and building a community dedicated to independent storytelling. Sundance Institute has helped launch the careers of Ava Duvernay, Ryan Coogler, Lee Daniels, and Gina Prince-Blythewood.