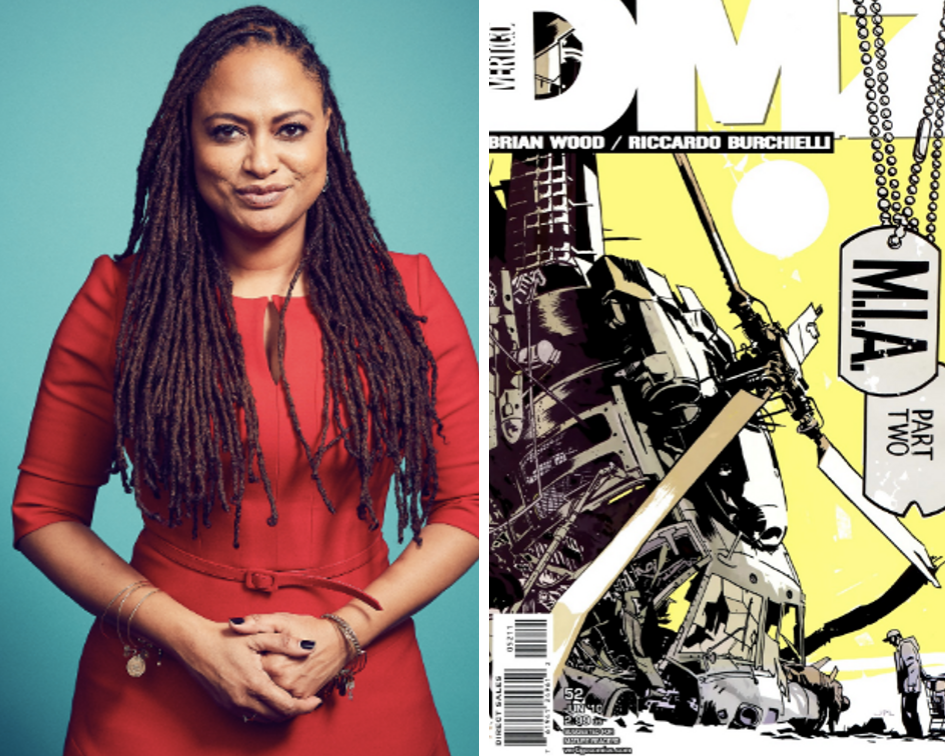 Today it was announced the famed director and TV showrunner will direct a pilot based on the DMZ comic series which will premiere on HBO Max. Robert Patino will executive produce the series —  a futuristic drama set in an American civil war. As described by Variety, the aforementioned civil war leaves Manhattan a demilitarized zone (DMZ), destroyed and isolated from the rest of the world. DMZ chronicles the journey of a female medic who saves lives while desperately searching for her lost son. She has to contend with the gangs, militias, demagogues and warlords that control the lawless no man’s land.

DuVernay is also set to work on the superhero comic book adaptation of New Gods  It first appeared in 1971 and focuses on the warring inhabitants of two planets: New Genesis and Apokolips. Highfather rules the former in relative harmony, whereas Darkseid lords over its dystopian neighbor.

Ava DuVernay is notably known for her work as executive producer of the OWN TV series Queen Sugar. Her award-winning Netflix series When They See Us has received critical acclaim.

HBO Max is an upcoming American Internet video on demand service owned by WarnerMedia Entertainment, a division of AT&T’s WarnerMedia. This service will launch in the spring of 2020.

The Warner Bros. Television pilot for DMZ set to begin in early 2020.