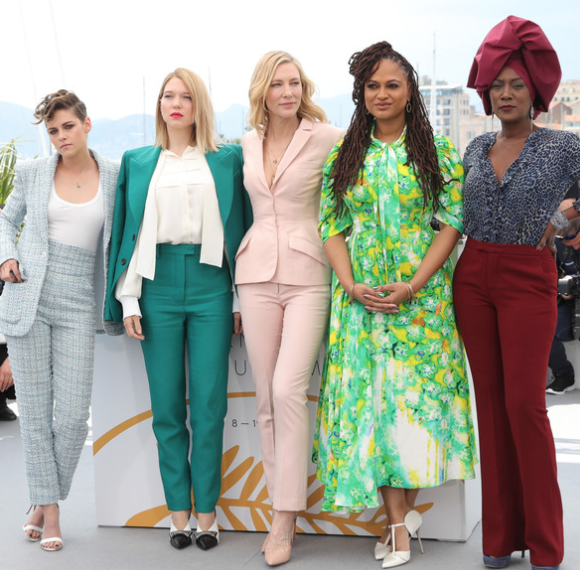 The Cannes Film Festival which launched May 8th is one of the most prestigious international film festivals in the world, and all of Hollywood has their eyes on what films will be making their debut this week.  One film we’re excited about is BlacKkKlansman produced by Get Out director Jordan Peele. The film stars Adam Driver, Topher Grace and John David Washington – son of Denzel – in the leading role.

However, the latest news on Cannes is the Women’s March which will take place ahead of the gala premiere for Eva Husson’s Girls of the Sun. The march is being organized by a new movement called 5050×2020, which calls for more gender equality and diversity in the French film industry. Some of the stars leading this march are filmmakers Ava DuVernay and Patty Jenkins, as well as actors Cate Blanchett, Kristen Stewart, and Marion Cotillard. They will join 82 women who will walk up the main stairs of Cannes Film Festival’s Palais on Saturday as part of a push for gender equality in the film industry.

Ava DuVernay is best known for films like Middle of Nowhere, Selma, 13th and her latest big-budget film from Disney A Wrinkle In Time. She is also the executive producer of the OWN series Queen Sugar which has been instrumental in allowing female directors to have a shot at more small screen work with every episode of each season directed by women. She is also the founder of ARRAY is a grassroots distribution launched in 2010, that focuses on arts and advocacy films by people of color and women.