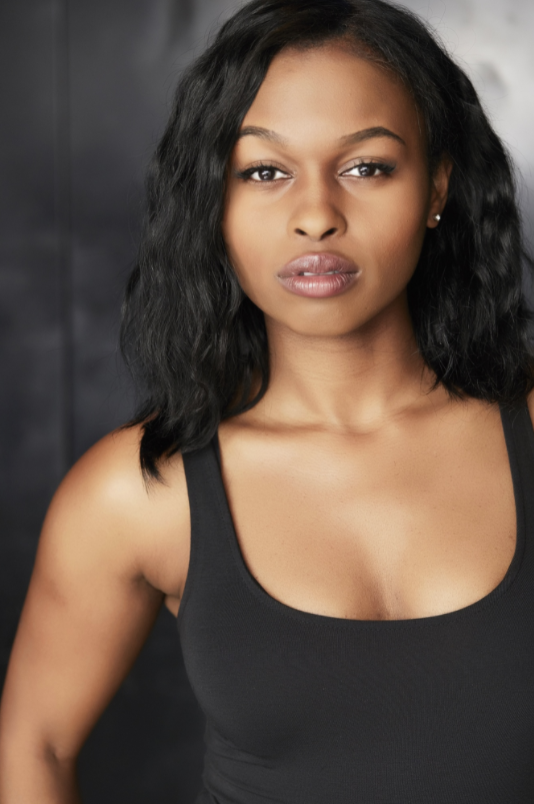 It’s a tale as old as time: a marginalized man is being held for a crime he didn’t commit, egged on by a corrupt sheriff in a small town. But what if this time, instead of the corrupt sheriff getting away with it, he was upended by a young hardworking deputy? And a Black woman at that?

“I’m all too familiar with little girls who come into this world beyond their years,” Junior Johnson (Scott Laurence) says, referring to his daughter Mackenzie “Trip” Johnson (Aziza Scott), who was just made sheriff of Erie Harbour. The promotion came after a season full of drama in the AppleTV+ original series, Home Before Dark. The show follows young reporter Hilde Lisko (Brooklynn Prince) and the Lisko family as they move from Brooklyn, New York, back to the Pacific Northwestern town.

As a young reporter, Hilde can often be seen tracking down sources and holding investigative interviews on the unsuspecting. Most brush her off as just a kid, but Trip sees a smaller yet determined version of herself in Hilde and helps when she can. Hilde did help her become sheriff after all.

I had the opportunity to talk with Aziza about the importance of her role on the show and what’s next in the series.

Tell us how you got on the show.

My agent sent me the script and when I read it I thought, “Oh wow, this is interesting! A young reporter uncovering crimes, okay!” So I auditioned and got the role. I was ecstatic to play, not only a cop, but a good cop. I have no idea what it was like to be one because I was kind of afraid of cops. So I went down to my local police station. I asked if I could spend a day with them just to pick their brains and they agreed. They were very nice and kind to me. I got a lot of insight on what it was to be a cop, and I got to sit with some women. So getting to set, I had a few mannerisms in mind from what I learned at the police station. [Trip] is dedicated to serving and protecting, which is a part of why she becomes a police officer.

You mentioned being wary of law enforcement; I grew up in very much the same vein. Was there any initial stigma to you playing a cop? Were you able to find pride in the role?

Yeah, I mean, you have to take pride in a good part. After the whole summer —- we were on hiatus for about six months — and George Floyd and the police brutality, it was all a bit much. I’m an empath, so it really did upset my spirit. I remember getting back to work and being in my trailer and putting on the uniform for the first time. I looked in the mirror and thought, This role, this job, it’s a great responsibility. It’s why I love Trip so much, because I think Trip represents what cops are, and how cops should behave. I’m very grateful to play a character like her in that position.

What was it like meeting Brooklynn Prince, the actress who plays Hilde Lisko?

Meeting Brooklynn was such a dream! She’s fantastic, sweet and loving. Instantly our chemistry was there, from the table read. When I met her, I was a little nervous because you never know with kids. As soon as I walked in, she knew I was Trip and she gave me the biggest hug. I was like, “Oh yeah, it’s on!” And it played that way on camera, it was so natural. I looked at her not just like a little girl, but like my younger sister. That kind of created that natural down to earth relationship we have.

There’s a moment in the beginning of Season 2 where Trip says something along the lines of, “We’re the first, but we have to make sure we’re not the last.” And you really sit with her and she asks, “Do you know what it feels like to talk to someone and they won’t listen?” And Trip says “Yes!” so quickly that Hilde finally understands.

Trip is going through it, too. She’s excited to be in the position she’s in, but she also recognizes how unfair the world can be to women of color when she steps into power. I don’t know if Hilde understands that from her own point of view. Trip is like, “I know our relationship is built on me being your person, your source, but if I continue [in my current role as sheriff], then everything that we build is gonna fall apart.” Trip can’t leak information or break rules because she’d be just like her predecessor.

I’m excited that in Season 2, we see more of your backstory. Was there always a plan to expand your story, or was that something that came organically as the rest of the story was being told?

Organically I think. I know Trip’s role was to be supportive of Hilde and her source, and I did get a phone call saying we’d dive a little deeper into Trip in Season 2. In Season 1, before I started the role, I did my own backstory. I would jot down who Trip was, where she came from, did she have any siblings, etc. So I had my own little backstory. I think the writers did a wonderful job of telling her story in Season 2 and developing Trip as a person. Yes, she’s the sheriff of the town, but she’s also human. She has feelings and a family and emotions, and we get a chance to really see another side of her, for which I’m very grateful.

What can you tell us about the rest of Season 2 for Trip and what’s ahead?

There’s a guy that comes in who’s in a position where he could actually fire her. It causes a lot of stress for Trip because she has so many changes that she’s dedicated to making in the department, and now this guy has come in and is breathing down her neck and writing everything down, even her bathroom breaks. She’s in such a new position without anyone to guide her, and she’s just handling it on her own. And I think she’s faced with more adversity than her predecessor. So maybe she’s not completely qualified, she was just a deputy, but she’s the right person for the job. So we’re going to see her go through that. Coming up, it’s gonna get juicy! I remember when we got the scripts for the last few episodes I was like, “Oh my god!”

Exciting things are ahead for the residents of Erie Harbour. You can catch up with Home Before Dark on AppleTV+.

‘Home Before Dark’ Returns For a Sophomore Season!

Meet The Cast of the Apple+ TV Series ‘Home Before Dark’

Meet The Team Behind the Apple+ TV Series ‘Home Before Dark’