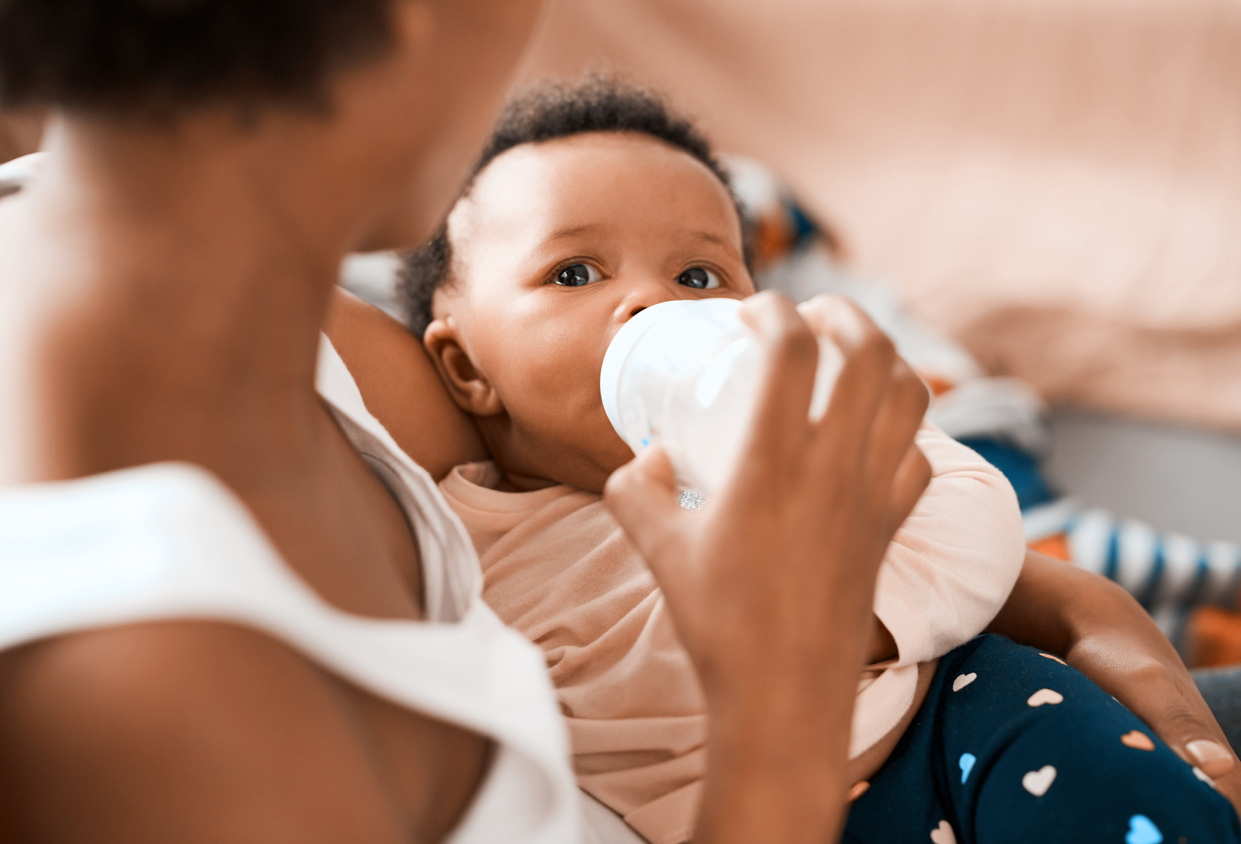 One of the most difficult items to find on the grocery store shelves now is baby formula. The shortage began last year but became dire in February after two babies died. Two others were hospitalized with Cronobacter infections linked to formula from an Abbott Laboratories plant in Sturgis, Michigan. Abbott makes more than 40 percent of the baby formula sold in the United States — mostly under the brand Similac. It is also the primary supplier for WIC (Women, Infant, Children) programs in most states.

The infections prompted a series of recalls. The worst part is the largest manufacturing facility for the largest formula supplier in the country is closed. Economic pressures from the pandemic and disrupted supply chains have caused labor shortages that vex many industries. In February, Abbott Laboratories initiated a recall of powdered infant formula produced at the Sturgis facility after receiving reports of a bacterial infection in several babies.

Parents across the U.S. now struggle to find formula to feed their babies. Black women, low-income families, and parents who rely heavily on special formula for their babies are hit the hardest by the shortage. Small, neighborhood grocery stores that serve vulnerable populations are not replenishing as fast as larger stores. This leaves some families without the resources or means to search elsewhere for baby formula.

The Centers for Disease Control and Prevention (CDC) estimates that 20 percent of Black women and 23 percent of Hispanic women exclusively breastfeed through six months, compared to 29 percent of white women. According to the CDC, hospitals that encourage breastfeeding and overall lactation support are less prevalent in Black neighborhoods.

I’ve heard many people say that women can just breastfeed. There’s also no shortage of people blaming parents themselves for this situation. While some women can breastfeed their babies, Black women have much lower rates of initiating breastfeeding and maintaining a milk supply because they’re more likely to face barriers like lack of family and social support and knowledge about breastfeeding.

Some family situations necessitate the use of baby formula: low milk supply, adoption, foster care, baby’s medical needs or allergies, or past breast surgery. The reality is that some mothers don’t want to breastfeed and they shouldn’t be shamed or bullied for that decision.

If we look at the racial disparities in this situation, they reach far back in history, according to the book Skimmed: Breastfeeding, Race, and Injustice by Andrea Freeman. The demands for slave labor prevented mothers from nursing their children. Slave owners separated mothers from their own babies to have them serve as wet nurses, breastfeeding other women’s children.

By the 1950s, racially targeted commercials falsely advertised baby formula as the best source of nutrition for babies. Studies show that the babies of Black mothers are more likely to be introduced to formula in the hospital than the babies of white mothers. Doctors say that introducing formula means the baby will require fewer feedings from the mother, decreasing the milk supply as the breast is not stimulated enough to produce. “Nobody’s taking responsibility for the fact that they’ve steered families of color toward formula for so many years and made people rely on it and take away choice. And then when it falls apart, there’s not really any recognition or accountability.” Freeman said.

When you really think about it, recalls are common. We see medications and products recalled every year. Yet they don’t create a meltdown at pharmacies, doctor’s offices, or require rationing. We also know that the pandemic has caused supply chain issues, production, and even delays with shipping. I don’t believe that any of us thought baby formula would be something our society would have to worry about not having.

When the pandemic first hit in 2020, people were stockpiling baby formula just like we stock-piled toilet paper. Then as families worked through their stockpiles, sales decreased. You can imagine how this would make it difficult for companies to plan for production and know their actual market size. Since the pandemic, we’ve also seen an increase in births which corresponds to the decline in breastfeeding. This has pushed up the demand for baby formula.

Truth is, no matter how you slice it, it’s a dire situation. The Biden administration is focused on expanding domestic manufacturing of formula. However, this takes time. Families need help now. Although this is a nationwide problem, the baby formula shortage is disproportionately impacting Black women and women in urban and rural areas versus suburban areas. Lower-income women often live paycheck to paycheck, rely on public programs to buy formula, and wouldn’t have the financial resources to stockpile formula months ago when they saw this coming.

Los Angeles County has purchased nearly $800,000 of baby formula that it will hand out at food distribution sites and outreach programs for new mothers. Living in L.A., I see the disparities between Black women and women of color in certain parts of the city. This will help but the question is for how long.

For the last two years, we’ve been worried about COVID and everything it has brought. Parents shouldn’t have to worry about their children not having formula. But here we are, in the richest country in the world, and parents are panicking as they search from store to store. We didn’t see this one coming. Hopefully, we won’t have to worry too much longer.

BGN is Throwing a ‘Breaking In’ Live Twitter Party and You’re Invited!