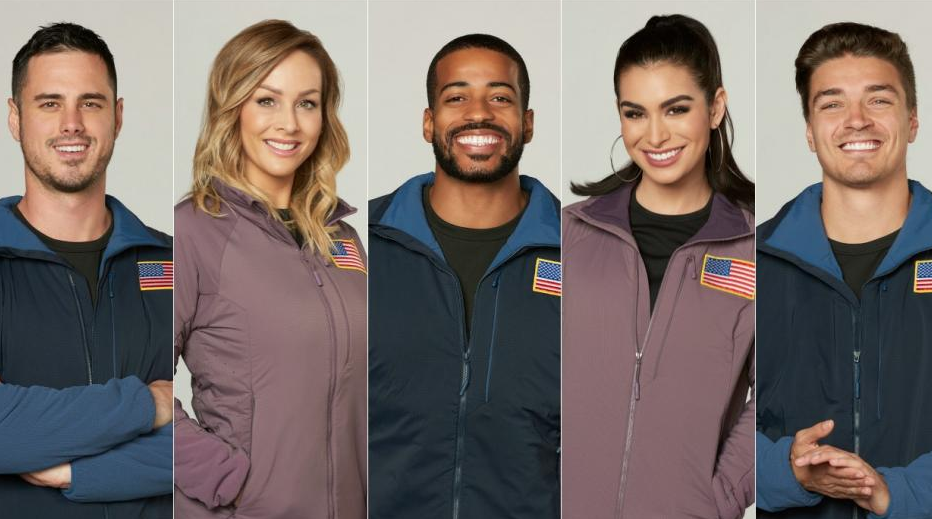 If there is a better time for The Bachelor: Winter Games to make its television debut than this week, you would be hard-pressed to find it.

Right smack dab in the middle of February, the month of love, the eyes of the world are focused on the PyeongChang 2018 Winter Olympics and our appetites are ready for a good mix of global unity and competition. Now, the newest iteration of the 15-year-old Bachelor franchise is set to capitalize on the spirit of the times. While it isn’t typical of a network to premiere a major counter-programming effort during the Olympic season, ABC has decided to embrace competition by putting a new spin on an old classic.

The Bachelor: Winter Games will see series alumni from all over the world come together, competing in Olympic-inspired challenges and hoping, as always, to come away victorious in the greatest game of all: love. Never before in series history have we seen this kind of cross-over event. Sure, we have had a couple Canadians appear in the cast of the American Bachelor, but this will be the first time that the network brings contestants from all 37 Bachelor nations together in a “global celebration of unity and love.”

“The ultimate goal for the contestants is the same as it has always been,” says Kaela Napier of SportsBettingDime.com, “to fall deeply and sincerely in love. It’s just that this time, ABC’s press release states that the competitions will test the contestants’ perseverance in pursuing relationships, as they are faced with language barriers and cultural differences.

The four-episode mini-series will follow the basic, well-known Bachelor structure (dates, rose ceremonies, make-ups, break-ups, and yes – Fantasy Suites), though some cultural clashing can be expected in the mix. Executive producer Bennett Graebner says even he was surprised to learn just how differently the show plays out, depending on where in the world it was being filmed. For instance, on The Bachelor in China, only one woman has ever kissed the Bachelor during a season – a pretty stark contrast to the American Bachelor.

American series host Chris Harrison said that embracing the differences of each culture was the real beauty of working on Winter Games.

“It was bringing all of these cultures together and let’s tear down the borders—and not in a political way…just a really cool way of getting to know each other and easing into this and so we are we were very cognizant of that and very careful of that and very respectful of things that we had them do or would ask them to do to make sure that all these cultures and all the different people would feel comfortable with it.”

There is no guarantee, however, that our contestants will be comfortable with all of the challenges. Word on the street is that there is a kissing competition in the third episode, and there are still those Fantasy Suites to be figured out. The hope is that showrunners have already anticipated these potential cultural clashes in a way that will truly allow “unity and love” to shine through; but no one should be overly surprised if there are hiccups and misunderstandings along the way.

There is a lot of potential for this show to be a smashing success, as well as a lot of potential for it to cause a stir. For a franchise that has seen its fair share of controversy as of late, the concept – bringing contestants from multicultural backgrounds together “under one roof” – does raise a couple red flags. Will everyone conduct themselves appropriately? Will everyone have the freedom to express their own identity and culture in ways they feel comfortable? The games are held on American soil, and produced by an American company – will they take into account the particular nuances of the other cultures represented?

At the moment, there are a lot of questions, and fortunately, we only have to wait a few more nights before we get some answers.

What we know at this point is that Winter Games guarantees us, at the very least, four nights of sheer entertainment. With fan favorites such as Dean Unglert, Eric Bigger, Ashley Iaconetti, and Ben Higgins returning for our viewing pleasure, plus some all-star guest appearances from the likes of Nancy Kerrigan, Tai Babilonia, and Randy Gardner, the short series promises to be a sweet one.

Spoiler alert: we already know of one couple that is still together post-production, and though the odds of them making it through the year aren’t that great (literally, there are odds on whether Dean Unglert and Lesley Murphy last all of 2018 over at SportsBettingDime.com), it somehow still feels like a sign of good things to come with Winter Games.