Typically when referring to someone as a “Samaritan” it is generally because they are considered to be helpful and perform charitable acts, but in director Dean Devlin’s (Independence Day) newest film Bad Samaritan the idea of what a Samaritan is, is challenged.

As a way to get back at rich customers a young valet, Sean (Robert Sheehan) develops a scam with his co-worker to rob the client’s homes. One night he finds more than he bargained for – a woman being held hostage – fearing jail, Sean leaves the woman behind, and what follows after is a life and death game of ‘cat and mouse’ with the kidnapper on Sean’s trail. 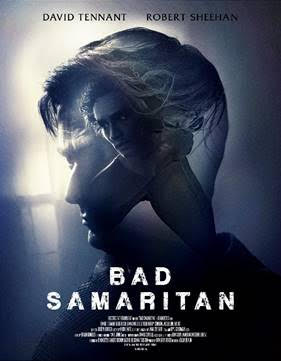