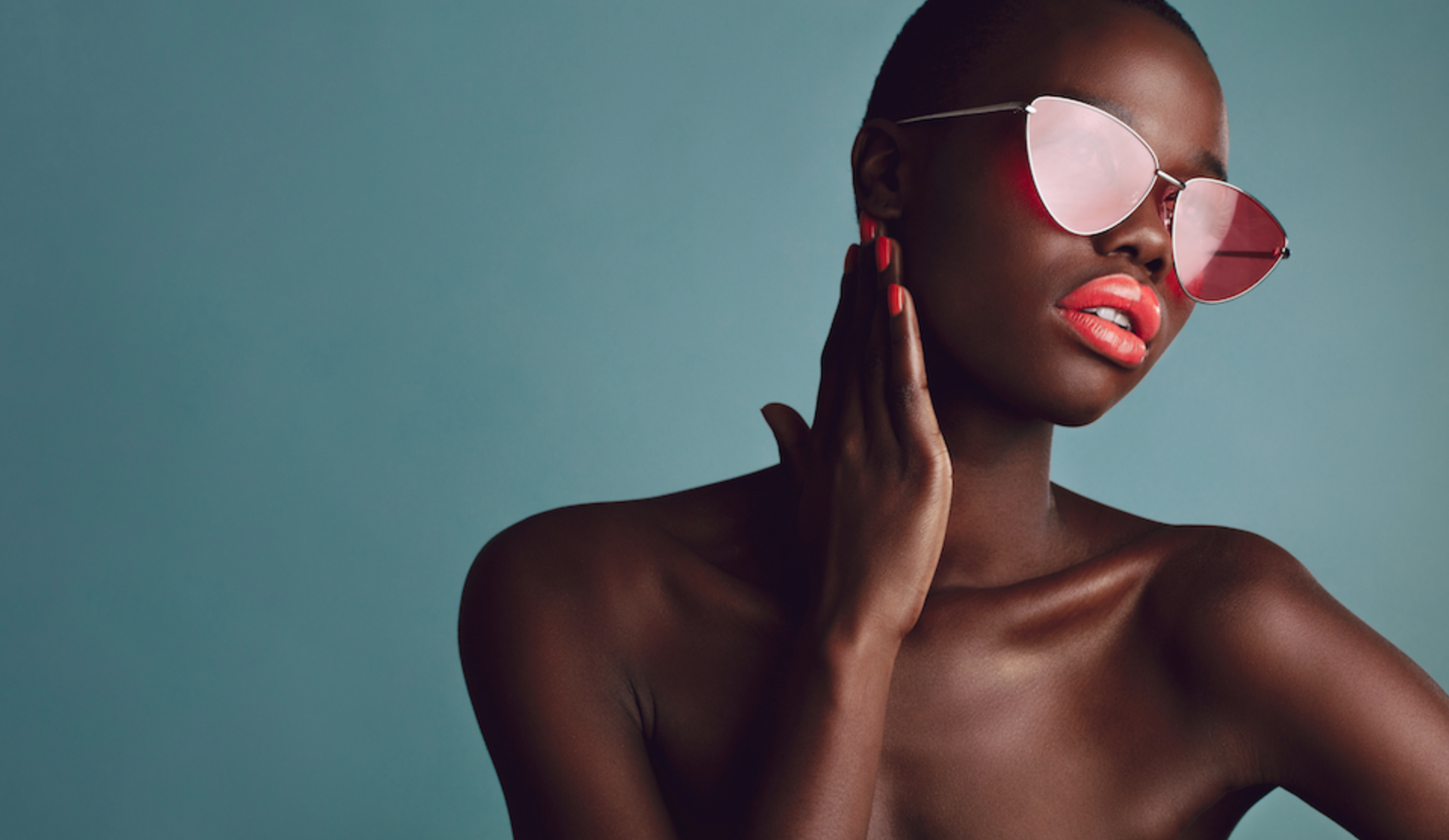 In Captain America: Civil War, she strides across the screen in a perfectly tailored black dress with high heels to match clean-shaven head with perfect makeup and lashes. She sizes up Black Widow and, without missing a beat, says, “Move. Or you will be moved.” Ayo is a member of the Dora Milaje. Played by Ugandan-German actor Florence Kasumba, she is a force to be reckoned with.

When Black Panther premiered in 2018, the presence of dark-skinned Black women warriors with a blend of feminine power and beauty broke a glass ceiling in the Black community. The portrayal of dark-skinned bald Black women as beautiful, strong, and loved was a revelation.

For the Dora Milaje, being bald signifies honor, valor, and beauty. But unlike the Dahomey warriors featured in The Woman King, the Dora Milaje can choose their own husbands and have families. General Okoye (Danai Gurira) and W’Kabi (Daniel Kaluuya) are husband and wife. Ten years ago, you’d see women with super short or bald styles on TV or film only if they were going through a dramatic illness or intense trauma. Black Panther changed the cultural conversation and normalized Black women whose beauty is accentuated with bald or close-cut hairstyles.

Black Panther normalized the combination of strength, beauty, and unapologetic boldness beyond the European standards of beauty that have been injected into Black culture for generations. When I saw that moment in Black Panther when Okoye whips off her wig, throws it into her adversary’s face, and proceeds to kick everyone’s butt in that red dress, my heart soared. Here is a woman who is bald by choice and loving it.

After Black Panther’s global success, more dark-skinned Black women who were bald or had super short haircuts were being cast in featured roles on TV and in film. In HBO’s I May Destroy You, hair is an accessory for Arabella (Michaela Coel) and her best friend Terry (Weruche Opia). Wigs are worn as wardrobe pieces, and it’s telling that when Arabella’s hair is super short, her mental state is healthiest.

She’s letting go, prepared to move forward. On STARZ’s 21st-century version of Living Single, Run the World, the most feminine and stylish of the Black women is Ella (Andrea Bordeaux), and she lights up the screen.

Both of these shows came on the air after Black Panther.

But the change in attitude toward Black women with bald and super short hair isn’t just on the big screen. All over the country, Black women are enjoying a kind of hair liberation we’ve never experienced before. Now more than ever, being bald and being beautiful are not opposing thoughts.

Femininity is not restricted to standards of beauty based on a European model. There is so much more to a woman than what is growing out of her head. The beauty that radiates comes from confidence and being self-assured and, I dare say, loving ourselves beyond the standards created to keep Black women small.

A beautiful aspect of this 21st-century racial awakening is that Black women have shed the trauma placed upon our hair. Not every Black woman with a closely cut or bald style has this style because she has an illness or is going off to fight a war. Choosing to not spend hours sitting in a chair in a beauty shop or a hair braiding chair shelling out hundreds of dollars every few months is liberating. Being able to go swimming and not worry about how our hair will look when we come out of the water is emancipating.

Not all of us have sunny memories of a mother or auntie lovingly braiding our hair. My memories associated with getting my hair done are all connected to long hours of pain, suffering, being shamed by hairdressers, and getting spanked after sweating my hair out. As a dark-skinned girl, I felt a lot of pressure to conform and be accepted by Black folks who judged women by the shade of their skin and the texture of their hair.

Even though my parents told me I was beautiful and smart at home and I believed them, my being a dark-skinned, kinky-headed girl in the larger Black community was downright offensive to some. The expectation of some was that I would feel inferior. But I did not.

The media loves to promote Black women’s trauma, and frankly I’m tired of seeing documentaries about Black women and the negative aspects of the relationship that some of us have with our hair due to white dominance and oppression. When I see the Dora Milaje in their gorgeous glory standing proudly, they bring me joy. I’m over-the-moon elated that in the 21st century, dark-skinned and bald-headed women and girls are now associated with femininity, beauty, and grace.

I spent the Indigenous Peoples holiday weekend in New York City. The weather was just about as close to perfect as you could get. From Harlem to Brooklyn, I was among stylish Black women of all ages who were rocking bald heads and super short hairstyles.

It’s not just the Dora Milaje changing culture. Black female actors are unapologetically paving the way for Bald to be considered beautiful and, I further dare say, normal. From Cynthia Erivo to Jodie Turner-Smith, it’s heartwarming to see culture expanding. Day by day, the way we choose to style our hair is becoming an expression of our creativity and not a character flaw to be chemically processed, covered up, or extended. I love that the first time we see a Dora Milaje in the Marvel Universe, she’s wearing a black designer dress and heels, the epitome of femininity.

Speaking from my own personal experience, witnessing Okoye in her red dress doing backflips and spins in Black Panther made an indelible positive imprint on my psyche. Black Panther blazed a trail that I am sure will continue with Wakanda Forever — inspiring little dark-skinned Black girls to own their beauty unapologetically. I love that we live in a time where having dark skin and short hair is becoming just another example of beauty. Thank you, Dora Milaje, for playing a vital part in reframing Black beauty for us all.