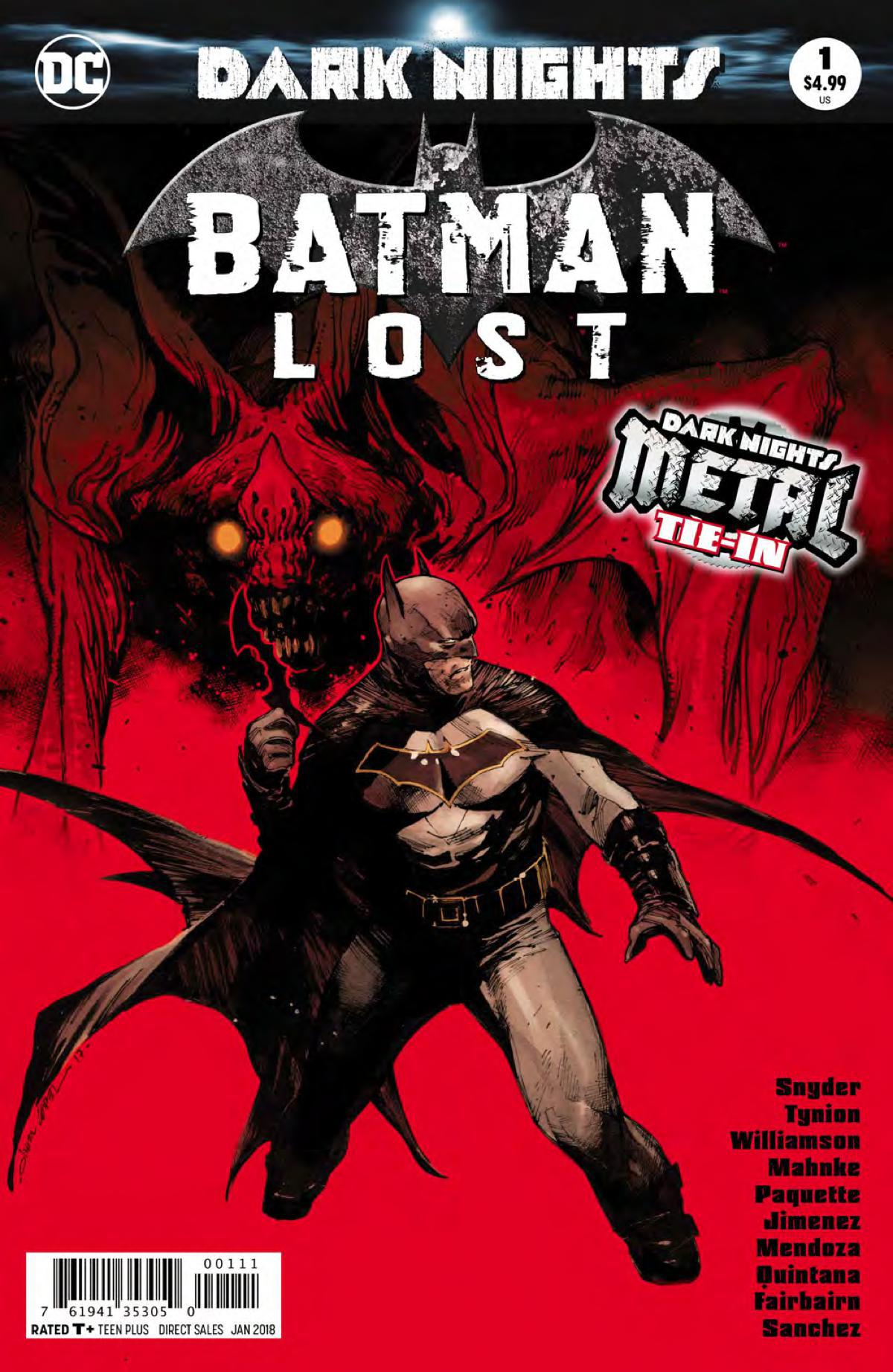 Of all the tie-ins to Metal, this story brought a clarity of the huge scope this series is going to take, and made me question my thoughts about how this series will end.

Batman is lost. He has been since the beginning of Metal and now readers see where he is.

The link between Barbatos and Bruce is not only responsible for the current state of Bruce’s Earth but, as we learn in this issue, also the creation of the Dark Universe.

The story opens with an older Bruce sitting in his den, the warm tones of evening filling the room through a large window.

Bruce’s granddaughter asks him to read her a story. She goes to bookshelf filled with shelves of Batman’s adventures and picks his first: The Case of he Chemical Syndicate. As Julia begins to read the story to Bruce, he notices that she’s reading it differently, that his memory isn’t matching what’s on the page. 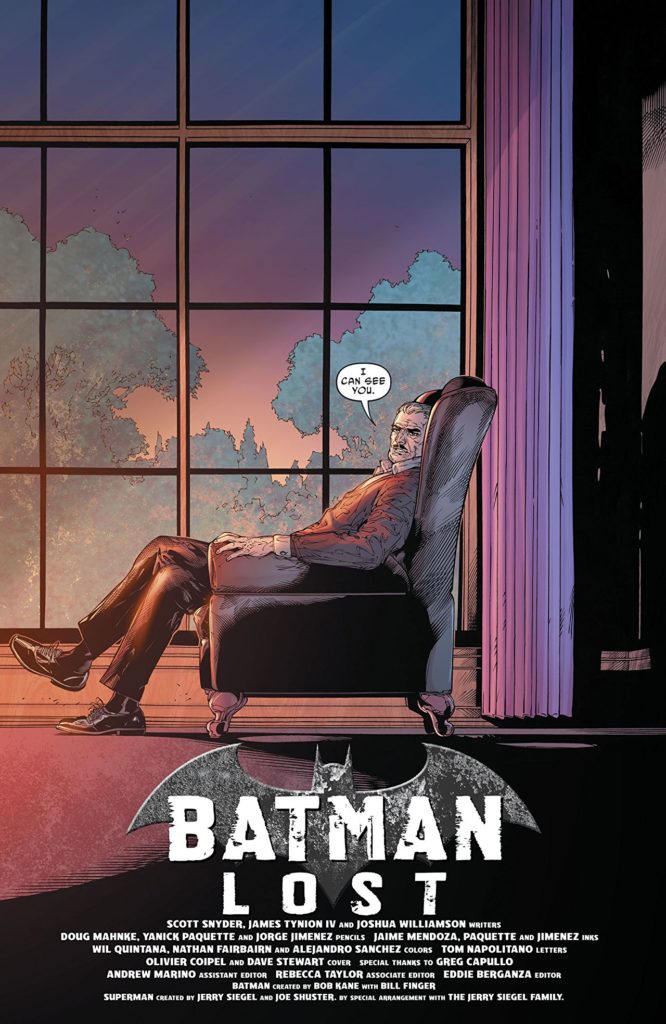 Bruce falls into the story, falls while he tries to escape. Bruce is desperate to get up but everything he is experiencing drags him down. Bruce finds himself back in time. To the first skirmish of the people of the Bat vs The Birds— a battle that wages for centuries.

Through these battles we see the foundations of the Court of Owls, Batman’s connection to the Hawks, and the deeper truth of what Barbatos’s mark means about Bruce’s life.

The first time I read this I found the story to be a little disjointed, but I was blown away by the Barbatos scenes. When I read it a second time, I was able to pick up on the artistic clues the story was giving as well as the symbolism of windows.

I’m so excited by the potential Metal is going to have to foundationally change readers’ thoughts about who Batman is without destroying his rich, vivid history. In the scope of the entire Metal series, this issue is going to be the touchstone that explains the fundamentals of the Dark Universe.