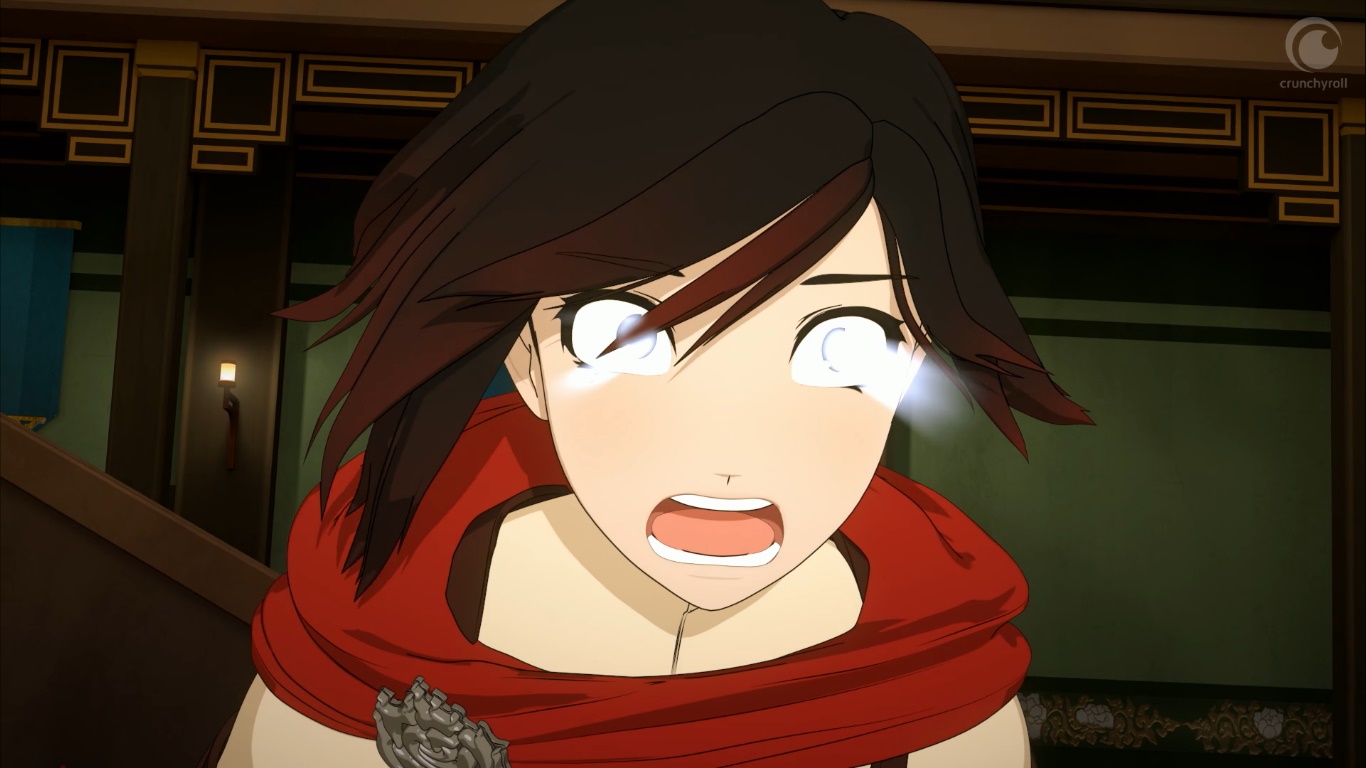 The RWBY battle we’ve been waiting for all season is finally here. Ruby and gang arrive at Haven Academy and find themselves in the middle of a setup. Professor Lionheart tries his best to inconspicuously greet his guests, but fails miserably. His guilt and nerves are too much for him and he ends up saying things that make him look suspicious. Yang instantly spots something is wrong when she sees her mother perched on the balcony as a bird. Raven reveals herself when Yang calls her out.

Qrow knew from the get-go this would be a trap. However, he did not know his own sister, Raven, would be a part of it. Despite the differences he and Raven had in the past, he’s surprised by this level of betrayal from her. Qrow demands the truth from Professor Lionheart. He wants to know if the professor was the one who had all the huntsmen in Mistral killed, making it so that he couldn’t recruit anyone for their mission. Professor Lionheart confirms that Qrow’s suspicions are accurate.

Soon after, Raven lets Cinder and the rest of Salem’s henchmen in through a portal. In a stunning display of passion, Jaune, who normally is cool-headed, lashes out at Cinder and attempts to attack her. Of course, being the Fall maiden, she’s too powerful for Jaune. This act erupts into an all-out fight between Team Ruby and Team Cinder: it’s Ruby versus Emerald, Yang versus Mercury, Qrow versus Raven, Weiss versus Vernal, Nora and Lie versus Hazel, and Oscar/ Ozpin versus Professor Lionheart.

The battle is intense. Everyone seems to be holding their own quite well, except for Jaune who has always been the weakest link. In a shocking moment when it looks like it’s the end of Jaune, Ruby unknowingly unleashes her silver eye power to protect Jaune. Mercury knocks her out before she can do much damage and the fighting resumes. And then, sadly and surprisingly, we lose Weiss. Cinder throws a burning lance through Weiss’ back. Weiss falls to her knees and collapses. It’s safe to say she’s dead.

THOUGHTS:
I don’t remember seeing Jaune this emotional previously. I have a feeling he’s about to unlock his semblance.