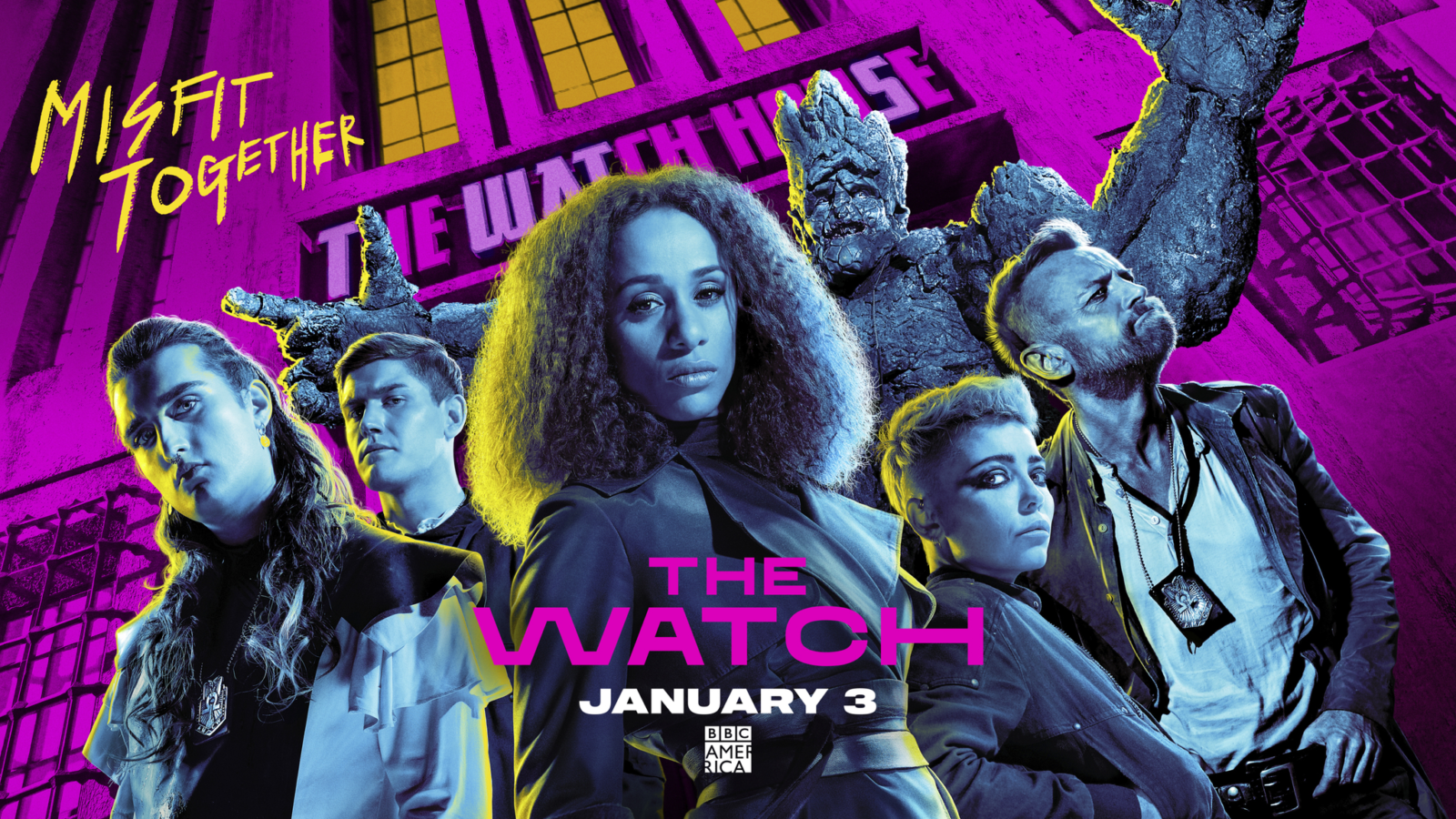 BBC AMERICA’S newest original series The Watch has released a new full-length trailer and series key art prior to its two-episode premiere on Sunday, January 3, 2021 at 8pm ET/PT. In addition, AMC+, the company’s new premium streaming bundle, will exclusively premiere the first episode of The Watch on Thursday, December 31, with additional episodes being added weekly timed their linear premiere on BBC America.

The Watch follows an unlikely group of misfits, The City Watch, who are forced to find the guts to save the world, surprising even themselves in the process. The comedic yet thrilling series pits trolls, werewolves, wizards and other improbable heroes against an evil plot to resurrect a great dragon which would lead to the destruction of life as they know it. From lead writer and executive producer Simon Allen (The Musketeers), the modern and inclusive series is inspired by the characters created by Sir Terry Pratchett’s famous “Discworld” novels, including the captain of The City Watch Sam Vimes (Richard Dormer, Game of Thrones), the last scion of nobility Lady Sybil Ramkin (Lara Rossi, I May Destroy You), the naïve but heroic Carrot (Adam Hugill, 1917), the mysterious Angua (Marama Corlett, Blood Drive) and the ingenious forensics expert Cheery (Jo Eaton-Kent, Don’t Forget the Driver) together with The Watch’s own idiosyncratic depiction of Death (Wendell Pierce, The Wire).

The series also stars Samuel Adewunmi (The Last Tree) as Carcer Dun, a figure from Vimes’ past; Matt Berry (What We Do in the Shadows) who is voicing Wayne, a talking sword; Anna Chancellor (Pennyworth) as Lord Vetinari; and Bianca Simone Mannie (Homeland) as Wonse. Also appearing are James Fleet (Outlander) as The Archchancellor; Ralph Ineson (Chernobyl), who is voicing Sergeant Detritus; Hakeem Kae-Kazim (Dynasty) as Captain John Keel; Paul Kaye (Game of Thrones) as Inigo Skimmer, a.k.a. The Duke of Stab; Ruth Madeley (Years and Years) as Throat; and Ingrid Oliver (Doctor Who) as Doctor Cruces.