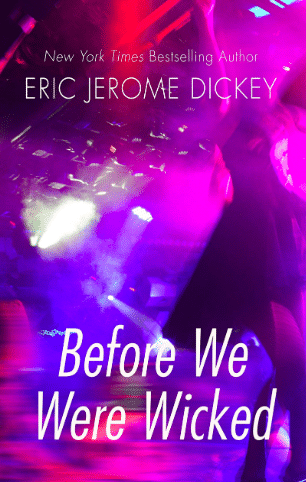 For fans of New York Times bestselling author Eric Jerome Dickey, his new book Before We Were Wicked that debuts in April — is truly like Christmas.

That’s because for years, around mid-April just at the end of tax season, Dickey releases a new novel. I know this because I am an avid reader of his work. His novels place characters into believable storylines, whether there’s romance, action, or both, with plenty of drama. Thanks to his numerous trips across the United States and abroad, readers can live vicariously through his stories.

I’ve enjoyed his sexy, complex novels, such as Friends and Lovers and Milk in My Coffee. But I was really hooked on his writing style while reading Thieves’ Paradise, which is about a group of grifters, and Sleeping with Strangers, which introduced me to my favorite character, Gideon.

That being said, Dickey has introduced his readers to another likeable character, Ken Swift, in his latest novel Before We Were Wicked (Dutton). Truth is, Before We Were Wicked is a stand-alone prequel to Bad Men and Wicked Women, released April 2018. Both novels center around Ken and his turbulent life as a bill collector. Before We Were Wicked is Ken’s back story, circa 1996, as a college student in Los Angeles. Ken’s job does not take place safely in a cubicle with a phone, a catalogue of nonpaying clients, and calls during dinner. Instead, Ken is that collector who physically shows up at your house, business, or in the middle of the street. If you don’t have the money, he uses his hands as a not-so-friendly reminder to make the coins come quickly.

Swift does not work alone. He has a co-worker, a man from Ghana who calls himself Jake Ellis. Their boss, who calls himself San Bernardino, contacts them via pager or by phone. Before We Were Wicked opens with Ken and Jake heading to a club because the owner is late with a payment. When they arrive at the crowded venue, Ken is enticed by a beautiful, young Ethiopian woman named Jimi Lee, and his life goes uphill, downhill, and everywhere in between from there.

Jimi is not without her own problems. She, too, has a partner in crime by the name of Lila, and, as best friends do, they look out for each other. But even that type of friendship is bound to crash and burn, as you will see in Before We Were Wicked. This isn’t your ordinary boy-meets-girl or “Ken and Jimi sitting in a tree” type of story. There’s lust, love, drama, and, because of Ken’s occupation, violence. The latter comes during an already frustrating time for him, as he slowly unravels throughout the novel.

There’s also colorism, classism, and racial stereotypes. Jimi, for example, compares African Americans based on how they are portrayed in TV shows and movies, as seen in her comparison between two people of color from the United States and Africa who are discussed and acted upon throughout the novel. Surrounding this situation, decisions are made between Ken and Jimi that will affect their lives forever.

That’s about as much as I can say about Before We Were Wicked without spoiling it for readers, even if you’ve read Bad Men and Wicked Women.

I will say that with Before We Were Wicked, I continue to appreciate Dickey’s writing style. You will get to know Ken Swift and Jimi Lee through their conversations. Remember, this is 1996 — before social media and texting “WYD?” Pagers at that time gave you a phone number, which meant you had to call a person back to find out what they were doing. 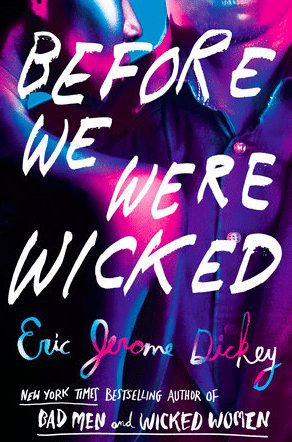 Dickey is one of the few authors I can tolerate being long-winded with the characters’ dialogues. While I did yell at the book a couple of times for taking too long to get to the point, I understood that it was necessary so that I could learn about Ken and Jimi. This is Ken and Jimi’s story, and, whatever they go through, they take you with them. It’s like being the neighbor tenant in Ken’s apartment building, where thin walls will either promise a live soap opera or make you turn your sound system up to the highest level.

The title Before We Were Wicked is a joking wink, as it is obvious that the characters do some wicked things, sexually, mentally, and, violently. If you’re a lover of African and African-American history, you will get some knowledge via Ken and Jimi’s conversations. If you want to have a ’90s flashback with a reminder of some simpler times, you’ll get that as well.

Before We Were Wicked will be released on April 16, just in time for you to use what’s left of your tax refund, if you received one, to purchase a copy. Pre-order on Amazon or wherever books are sold.

Eric Jerome Dickey’s ‘The Son of Mr. Suleman’ is a Love Letter to Memphis