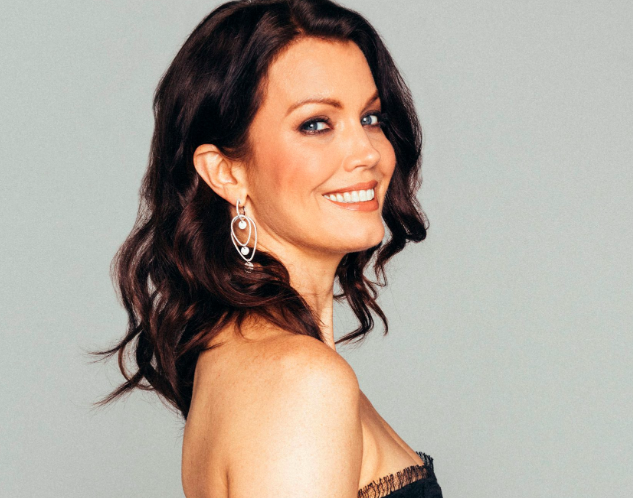 When it comes to playing a woman in power, Bellamy Young has no problem.

Young is known for her role as President Mellie Grant on Scandal, as well as film credits including A Wrinkle in Time and The Night Stalker.

She currently stars as Jessica Whitly, the wife of the notorious serial killer “The Surgeon,” in Prodigal Son. The show was ranked as the number one new show of last fall. Despite the trauma affecting her life, Jessica continues to hold a high position in New York society as well as attempting to keep her position in her children’s lives.

BGN talked with Bellamy Young over the phone to discuss her background in acting, her roles as both President Mellie Grant and Jessica Whitly and what to expect in the upcoming season of Prodigal Son.

You graduated from Yale University with dual degrees in English and theater studies. Did you always know that you would eventually work in the TV industry?

When I graduated, I was hoping for a career in theater. I did a national tour of a Broadway show right out of college. I came immediately to New York, where I did a bunch of regional shows on Off-Broadway and Broadway. Then at a certain point, the agency was like, “Are you ever gonna go to LA? Because you’re already too old to go to LA.” Literally what they said to me.

I was 30 at that point. I went because my sweetheart, the guy I was dating at the time, was living there. I went to check it out. I wound up loving it. I’m not a flashy person in real life. Performing on stage is a very scary thing. But there was such truth and immediacy in the size of a television performance that it felt so comfortable. I fell in love with it immediately and have just been wickedly lucky to keep getting jobs there.

How has your Broadway background influenced your on-screen performances?

I’m lucky because of our Scandal family. We were all a bunch of theater babies. There are very different approaches when you are trained in the theater. If you’re a theater baby, you learn your lines at home, you come to work prepared, you know how to use the rehearsal process. There’s a personal autonomy that is ingrained so that you can show up to work and be as free as possible and just fly. I think that’s a lot of what made Scandal so special. Nobody came to work unprepared and bullsh*tted their way through. Everybody came with their sleeves rolled up and their homework done and just got in the ring and wanted to wrestle. We all knew how lucky we were to have that kind of support from our gladiators, and we just did our heart’s best to make the most of it.

Along with your numerous projects in the film and television industries, one of the roles you are most famous for is Mellie on Scandal. How does this character compare to your role of Jessica Whitly in Prodigal Son?

Mellie and Jessica have a huge Venn diagram. They have a big common ground, but they are also so different. It was such a thrill to get to play Mellie. They’re both really messy women. When you’re a woman historically in the entertainment industry, you don’t frequently get that gift. We know you are more there to serve a function. The men are messy and they make mistakes and they redeem themselves and whatever, because it’s their story. But usually you’re the wife, the whore, the daughter, or you are something very specific. You serve your purpose, and the hero’s journey moves on.

For me, getting to play two messy, wonderful characters in a row as a woman is an enormous gift. I never take it for granted because they both just fail heroically. They’re just epically wrong often, but then they see it and make amends and walk forward. Some of the mistakes crush them and some of the mistakes raise them up, but it’s a joy to be that messy on screen. To get to learn joy that women don’t often get.

Often Mellie definitely had much more of a 1,000-yard stare. Mellie knew where she was going, and all the stuff in the present moment was like fleas on a dog. No matter how bad it was, she’s gonna shake it off because she has somewhere to be. Jessica has been much more mired down. It’s much more sort of arrested developmentally in the moment of finding out that her husband was “The Surgeon” and the subsequent decades and trying to keep her kids safe. But both are in on the joke, and they’re both ready to try. That’s a beautiful thing, when you’re not paralyzed and you’re not stuck in a moment really. When you’re really out there struggling, it’s the best gift as an actor to get to struggle on screen, not off.

When we first meet Jessica, she is very much a mother who cares about her reputation along with her children. However, throughout the season we see her character break down and become more vulnerable as we explore how her husband Martin (Micheal Sheen) has affected her. What do you hope to explore more of in Jessica in the upcoming season?

Her world got small in an instant when they arrested him, and the Upper East Side is like a small world anyway. It’s a bit of a crucible. She is now globally notorious as the wife of “The Surgeon.” Your world really just becomes your family. It took her decades to make sure her children were safe. Malcolm was going to turn into his father. She just had very big and immediate horrors in front of her that she had to focus on. What I wish for Jessica is a breath, a little bit of ease. As we saw toward the end of last year, she has phenomenally bad taste in men. I wish for her to make a good decision in that department and to have someone. I don’t think as women we need men or as men they need women or anything like that. I do think that there’s times that partners make an experience more fun. I’d love for her to know that joy, too. We find her at the beginning of this second season in a lovely place surprisingly. Our Prodigal Son world has always been grounded in reality, so COVID is happening in our world and Jessica has been quarantining. I think that time served her well as it has some people in the real world. It’s time to stop and be. It’s interesting where we meet her this year.

The show deals with themes including murder, mental illness, and processing trauma. What challenges have you faced playing the role of Jessica with such heavy topics being discussed?

First of all, I’m always grateful when we talk about mental illness, self care, trauma — we talked about all of that. If we can talk about it on the TV show, maybe everybody else can talk about it at the dinner table. If Malcolm can be a point of reference for someone else’s similar journey, then how lucky are we to be part of that, more importantly their healing. You also made me think that that is one of the great gifts of a drama. Doing a comedy is sometimes such high stress work. As an audience, we get to absorb it as a delight, a treat, a ride. But the sets can often be so fraught. Drama is the opposite, especially when you have wonderful, committed, trained, talented actors. If you have people who do their homework and show up and are professionals, the work in the scene can be heavy. Then they call cut, and it is just people dancing and laughing and making jokes because we’re all grateful to have a job and you gotta lighten it up. I feel like our script also carried that through totally because as much as there is horror and murder, there is hilarity and softness and connection. It’s how we get through life. I’m lucky that it’s not just I come home and I have a ritual and I take off the energy or anything like that. I literally in between takes with my wonderful scenes partners heal. I don’t know if you’ve ever been to therapy, but my therapist has talked a lot about rupture and repair. It’s a very conscious practice of rupture and repair. If you think the scene is something very dark and hard, then the repair is like camaraderie and connection and laughter after a cut.

What are you most looking forward to in the upcoming season of Prodigal Son?

Our writers are writing, so they have beat this season down. It’s so good, all of those scripts that came out. We lost two last year because we had to stop early. It was supposed to be 22 episodes but we only did 20. But we were super lucky for a variety of reasons. We’d had to shoot out of order, so we had already got our penultimate finale episodes. But one of the first connective tissue episodes they lost. We were all gutted not to get to make that one. I think some of the scenes from that one are already in the preview that Fox has put out. I just have to say the writers have come back so excited to tell the story. It’s been a hard fall because it’s hard to do anything this year. We know how lucky we are by testing constantly, PTE, people having to quarantine from contact tracing. It’s been like dancing through a minefield. But everyone was there with their full heart because the scripts are so good and the stories are so wild. I just can’t wait for everybody to enjoy it with us.