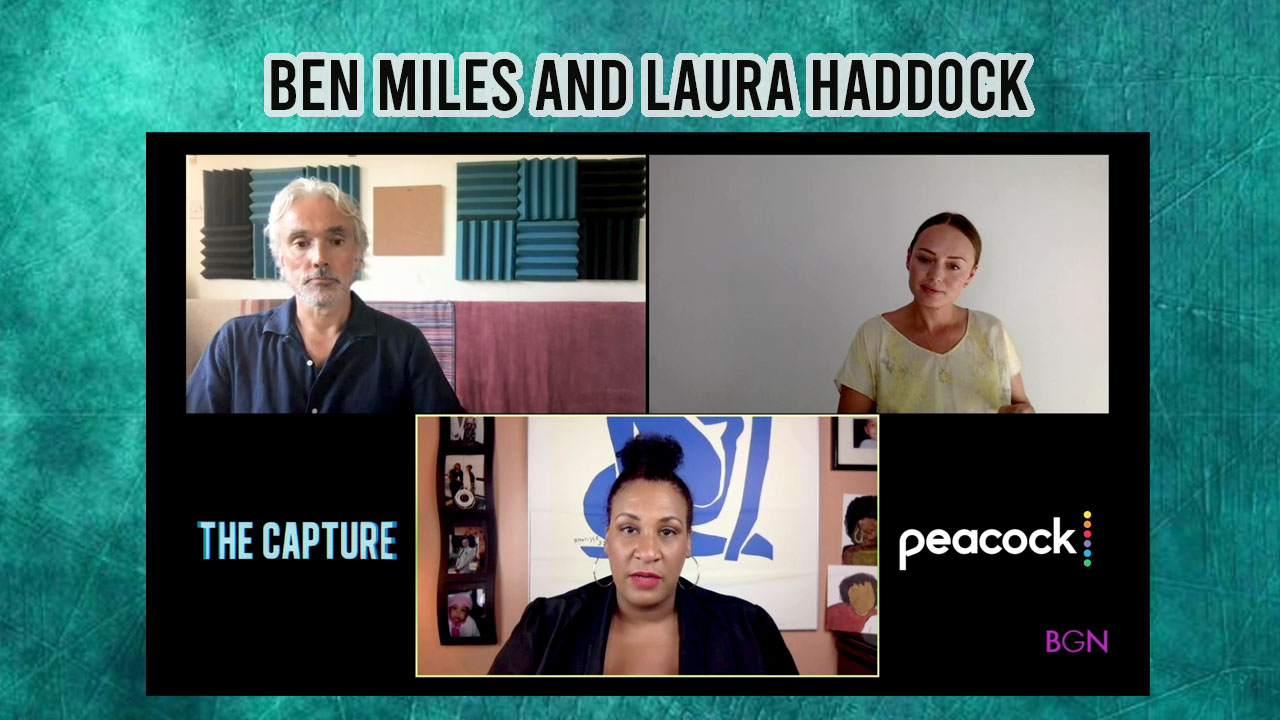 BGN sits down with the lead actors of the Peacock TV series The Capture to discuss the elements of social media and its exposure in this new engaging series.

The Capture, starring Callum Turner, Holliday Grainger, and Ron Perlman, is dark thriller that looks at a troubling world of fake news and the extraordinary capabilities of the intelligence services. With video surveillance and facial recognition now part of our everyday lives, the series spotlights what happens when that power is abused. The series was a sensation in the UK late last year, with viewers raving about its heart-racing action similar to the hit series, The Bodyguard.