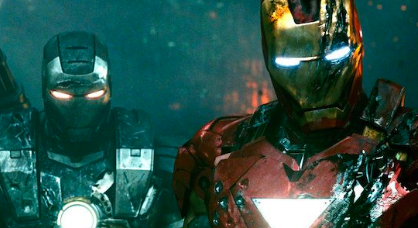 Action heroes are some of the world’s favorite characters. They’ve had an impact in multiple areas of entertainment, such as comic books, movies and video games. Action heroes have also become popular in the casino industry too, and there are some epic slot games that have been inspired by them.

The Dark Knight took the entertainment world by storm in its disguises. So, it’s no surprise that he made it successfully into the slot game industry as well. The Dark Knight is a well-designed game which features five reels, three rows and exciting winning potential. Microgaming bring cinematic spins to the table in this release, and there’s even footage from the hit movie as well. The Dark Knight is a progressive slot, so, you can win massive amounts of cash. This exciting title can be found at RoyalVegas CA and other casinos that partner with Microgaming. A max bet spin can see a player walk away with up to 4,000,000 coins.

When you load up Iron Man 2, you’re right in the action. Playtech, the team behind the release, do a fantastic job in providing an authentic Iron Man experience. All the characters from the movie star on the reels, with everything superbly designed. The authenticity increases thanks to the sound effects, which are on another level to similar slots in the genre. Playtech include versus events in Iron Man 2, and this is the pick of the features.

Superman is one of the most iconic action heroes of all time. He’s appeared in many movies, comic books, TV shows and slot games. Cryptologic developed arguably the best Superman slot of the bunch, with their five-reel bonanza doing the Man of Steel justice. Featuring fifty pay lines, Cryptologic include all the relevant characters as symbols on the reels. We’re fans of the bonus bet option, which sees the number of pay lines increase by ten. You’ll catch a glimpse of Superman flying in to save the day during the game’s epic features.

Spiderman: Attack of the Green Goblin

Spiderman, like Superman, is an action hero who has been around decades. He’s starred in movies and games, but it’s comic books where Spiderman made his name. And, this is the angle Playtech go with for Spiderman: Attack of the Green Goblin. It’s a slot which features five reels and is backed by a New York City skyline. Each bonus feature in the game has a unique cover of a comic book, which will appeal to ardent Spiderman fans. Spiderman: Attack of the Green Goblin is the complete package. And, we’re big fans of the comic book feel.

Action heroes will always make an excellent theme for a slot game. They’re exciting and fun, especially the ones mentioned above. With more action hero films and games on the horizon, we’ll likely continue to see a steady stream of slots trickle into the online casino world. And, of course, they’ll of be of the same high-quality as we’re used to seeing.