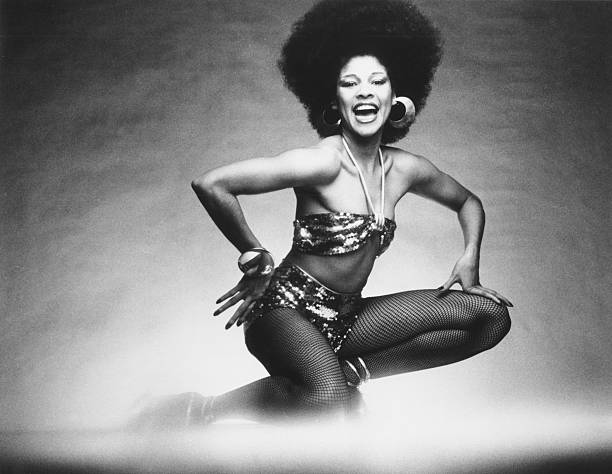 There are many famous Black female artists of the 60s and 70s whose music has transcended decades. Artists such as Aretha Franklin, Patti Labelle, and Tina Turner have set the foundation for the singers of today. Yet amongst those iconic female voices was one singer who stood out from the rest.

Betty Davis, not to be confused with the actress Bette Davis, was an artist, songwriter, and known as the queen of funk. She was the type of woman who drew eyes towards her when she walked into a room. Her confidence exuded as she stepped onto stages wearing provocative yet fashionable clothes and an unforgettable natural afro. Betty Davis was a famous Black female rockstar and ahead of her time.

If you’re still questioning who this vibrant woman is, here is an introduction to the life of Betty Davis, how she influenced the music scene, and the legacy she has left behind.

Who Was Betty Davis

Davis was born on July 26, 1944, in Durham, North Carolina, and was introduced to the Blues by her grandmother. She grew up listening to Blues legends such as Big Mama Thornton and would later create music reminiscent of the Blues. Davis had a love for music and a lust for life, and after finishing high school, she moved to New York. There she attended the Fashion Institute of Technology and pursued a career in modeling. She became one of the first Black models featured in Seventeen and Glamour magazine.

Modeling only fueled her passion for a short time. According to the YouTube video on the channel: Kiki’s Thoughts, Davis was quoted: “I didn’t like modeling because you didn’t need brains to do it. It’s only going to last as long as you look good.” It was clear that standing in front of a camera wasn’t something that made Davis feel alive. What excited her was the nightlife. That’s when her confidence shined brightest.

Davis wrote her first song at the age of 12 and was aware of the talent she possessed. She believed in herself so much that one night, she walked up to the Chamber Brothers and handed them a song she wrote. The Brothers loved it and turned it into the hit known as “Uptown to Harlem.” Besides rubbing elbows with the Chamber Brothers, she was good friends with Jimi Hendrix and Eric Clapton. It was also rumored that she was intimately involved with certain musicians, yet, she married the infamous jazz player Miles Davis.

If you’re a fan of Miles Davis, you may recall the pivotal moment in his career when his music started to expand. He started using a wah-wah machine with his triumphant to stimulate a similar sound of an electric guitar. He started changing his clothes and adding different instruments, which was all a direct influence of Ms. Betty Davis. His album titled “Bitches Bew” was named by Ms. Davis.

Betty met Miles in 1968, and they hit things off right away. It was through her influence on Miles’s music that she began speaking to the world. Her marriage with Miles only lasted about a year but brought her closer to her true love of music. Soon after her divorce, she put together a talented band starting with her cousins Larry Johnson and Nicky Neal. Her albums would later feature the talents of Greg Errico, the Pointer Sisters, Larry Graham of Sly & Family Stone, and Martha Reeves.

ALSO READ
Beyonce's Album 'Renaissance' Has Been Under Attack but Why?

Her first album, titled: Betty Davis, was put together in about three weeks and carried a funk and blues vibe that was raw, uncensored, and authentic. With songs such as “If I’m lucky, I might get picked up,” she introduced a type of female liberation that few other women of that time dared to express. Apart from her song lyrics, what was even more shocking was her stage presence.

Davis would step onto a stage and demand attention. She often wore wearing short shorts, fishnets, high-heel boots, and slinky tops. A style that turned heads and made eyes fall out of their sockets. The look was different from the tie-dyed and loose-fitting jeans of the 70s. When the music played, she would swing her hips, kick her legs, and move like a sensual rockstar.

Amongst today’s singers, Davis would fit right in and be applauded for her sensuality and fierce feminism. But during her time, people weren’t ready to accept that a woman could be that comfortable in her skin. She was never invited to Soul Train, and her songs didn’t get airtime. She was even denied opening performances because people feared she would perform better than the main act. Nonetheless, those that supported her stuck with her as she released three more albums They Say I’m Different, Nasty Gal, and Is This Love or Desire.

After many years in the music industry, her light started to dim, and she faded away from the public eye. Over time she felt pressure from those around her to change her music, to blend in, but Davis refused. As a woman who wrote and produced her music, she was very selective with her art and wasn’t going to compromise her creative freedom. As result, she kept to herself in the 80s and 90s and didn’t return to music until the later part of the 2000s.

Unfortunately, Davis passed away on February 9th, 2022, in her home state of Pennsylvania, surrounded by her loved one. Like every great artist, she had and will continue to live on through her music. Her influence on the music scene helped pave the way for artists such as Janelle Monae, who credits Davis for breaking Black women out of this generic box of music. Even Erykah Badu acknowledged Davis for her greatness.

Davis is one of the best female voices in rock and roll, and the mark she left on this world was bigger than her music. Making a statement or becoming famous never seemed to be a goal for Davis. She simply lived her life being true to herself, regardless if being herself fits into a standard or not.

Davis reminds us that Black women are not a monolith. And we can be whoever we want to be, regardless of whether the world accepts us or not, there will always be people who need us to be exactly who we are.