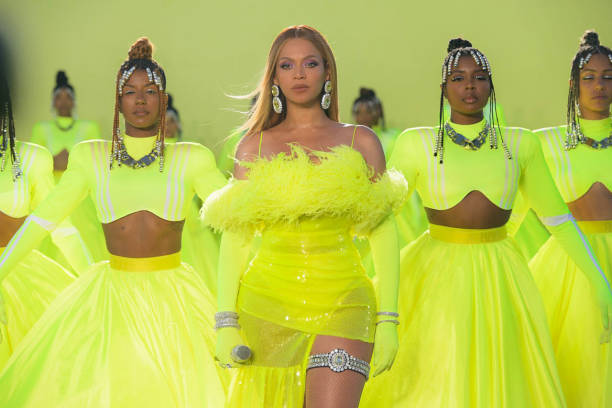 After six years of waiting, Beyonce blessed her fans with another genius work of art that has been put together over 16 tracks of music. With her teaser song Break my Soul, reminiscent of house music, everyone was excited to see what Queen B created. Yet the reactions to her album have been a mixture of applause and criticism. Let’s dive into some of the top critics of Beyonce’s album, how Beyonce has reacted, and the overall response to her new album.

Ableist slur: In this progressive era, the internet is helping everyone regardless of gender, sexual preference, or physical ability feel seen and heard. Evidence of this was Lizzo’s song using an ableist term meant to describe a person that is out of control. Yet, for those with different physical abilities, the word comes from the word spastic, which describes involuntary movement or control over one’s body.

The problem with this word is that when used loosely to describe an abled-body person it further perpetuates the idea of inferiority for those in the disabled community.

When the social media world blew up with a new perspective on the word, Lizzo quickly responded and changed the lyrics to be more inclusive. This set the example, or so we thought, for other artists. Yet not too long after this win for the disabled community Beyonce released a song using the same offensive slur.

Which has the public asking, why Bee, why?  Wasn’t she aware that this term was offensive? Or did she think she could get away with it because of her fame?  Not that I’m not pointing fingers, just questioning the awareness of multi-platinum globally famous artists such as Beyonce.

Thankfully Beyonce responded as the compassionate artist we all know her to be and she is changing the lyrics. It’s also important to note that the term still lingers in other popular songs from highly revered artists such as T.I., Method Man, Lady Leshurr, and more.

Yet, this was only one mishap that brought to attention other issues on her album.

Kelis’ sample: Milkshake was the song of the early 2000s. Almost everyone can recognize that beat and sing the chorus verbatim. So to Kelis’ surprise and others, a sample of the song was used in Beyonce’s song Energy. Some find it even more appalling that Kelis did not receive any recognition.

Now, again, Beyonce did the right thing and removed the sample. Yet this news begs many questions.  Why didn’t Beyonce simply give Kelis the credit she sought?  Also, sampling continues to happen through decades and decades of music.But it’s always a difficult decision that often leaves many artists frustrated from having their art essentially stolen.

Beyonce fans across Instagram still defend the pop star saying that her track didn’t need Kelis’s sample and Kelis should have been grateful. Some listeners can’t even spot the difference between the sample and unsampled versions.

Along with this, some fans are not in agreeance and question if Beyonce is being targeted. This is possible since even  Monica Lewinsky is asking for a lyric rewrite some 10 years later.

Monica Lewinsky: Everyone knows the seductive song Partition, where Monica Lewinsky’s name is used to reference the scandal between her and Bill Clinton some 30+ years ago. So when Lewinsky noticed that Beyonce was changing lyrics, she raised her hand via a Twitter post and asked if the popstar could do the same.

However, some fans are saying that Lewinsky is asking too much. They are pointing out that the song has been out for over 10 years and to let it go and accept it. Perhaps after being the butt of countless jokes for many years, Lewinsky just wants a little sympathy.

General reactions to the album

Setting aside the controversy critics love and rave about Beyonce’s new album. Many of us have seen that Beyonce takes her art and music seriously. When she creates something, she pulls inspiration deep from the far corners of cultures across the globe to present music that makes a statement and is from the heart.

Entertainment Online describes her album as a safe haven for her and her listeners. The past two years have been difficult, to say the least, and Beyonce in all her stardom has felt that grief too and provides a release through her album.

The album is held together with diverse sounds some club culture with “ Church Girl” and of course “Break My Soul” and has collaborated with producers such as 40, Hit-Boy, and Key Wane, to give the album a new edge.

After Beyonce’s powerful Lemonade album that told the story of her heartbreak and healing, I enjoy the fun and upbeat tone of this album. Beyonce’s music is the soundtrack of my life, especially when I need a confidence boost and Beyonce’s album does just that while making me want to dance.