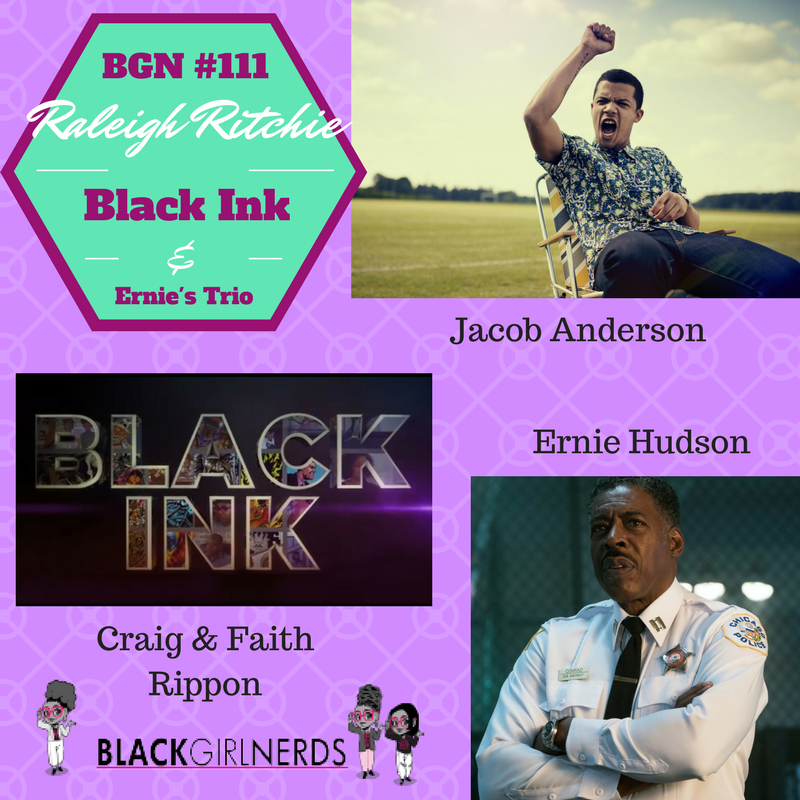 Segment 1: Jacob Anderson who you know best as Grey Worm on HBO’s Game of Thrones and his musical genius as Raleigh Ritchie joins us in a panel discussion about comic book movies, #ThronesYall, and his love for music.

Segment 2: Craig and Faith Rippon are the creators behind a new film called Black Ink: People of Color in Comics.

Segment 3: Actor Ernie Hudson makes his second appearance on our show to chat about his 3 new shows, APB, Grace & Frankie and Graves.