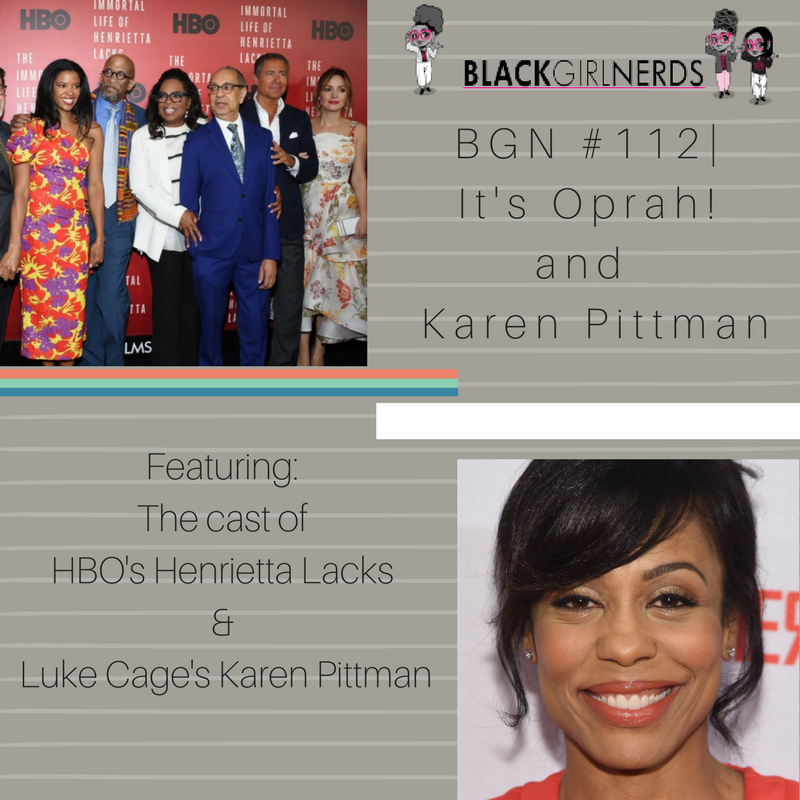 Segment 1: The Immortal Life of Henrietta Lacks debuts on HBO April 22nd. We chat with the cast including Oprah Winfrey herself! The film is based on the book of the same name by author Rebecca Skloot. Interview features: George C. Wolfe, Rose Byrne, Renee Elise Goldsberry, Courtney B. Vance, Rocky Carroll and Reg. E. Cathey

Segment 2: Actress Karen Pittman chats with us about her role as Inspector Priscilla Ridley on Marvel’s Luke Cage and Black girl magic.

Hosted by: Jamie and Caron

Music by: Sammus and Shubzilla
Edited by: Jamie Broadnax