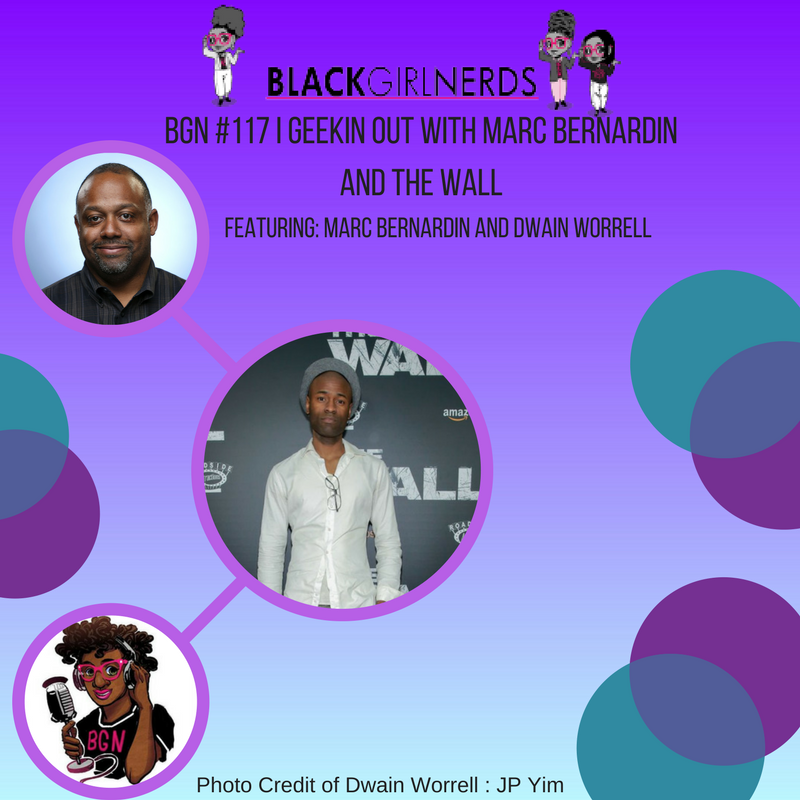 Segment 1: Comic book writer, editor, and podcaster Marc Bernardin joins is to chat about his latest projects including a new Genius comic and his work with JJ Abrams in Castle Rock

Hosted by: Jamie, Joelle and Jacqueline

Segment 2: Writer Dwain Worrell chats about his latest work on the war thriller The Wall and his work on Netflix’s Iron Fist.