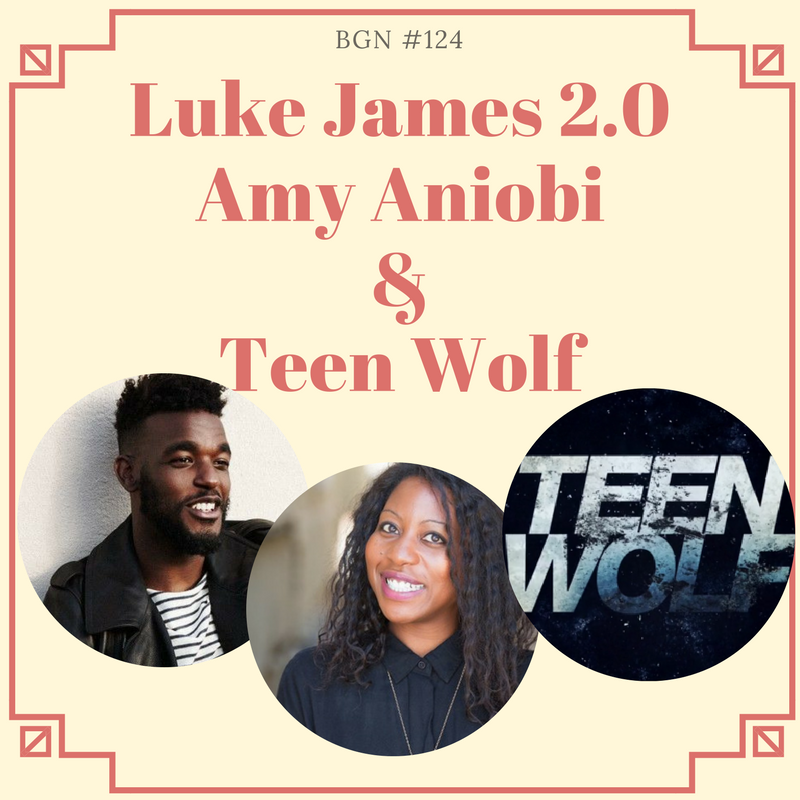 Segment 1: Luke James joins us after a recording mishap (see episode #123) to talk about his work as an actor, singer and songwriter.

Segment 2: Writer, producer and actress Amy Aniobi chats about her work on the HBO hit series “Insecure” and her latest project with “Homecoming Queen” with Phoebe Robinson.

Hosted by: Jamie and Joi

Segment 3:  Over at SDCC Kyndal participates in a series of roundtable interviews with the cast and crew of “Teen Wolf”.  Featuring Jeff Davis, Tyler Posey and Khylin Rhambo.