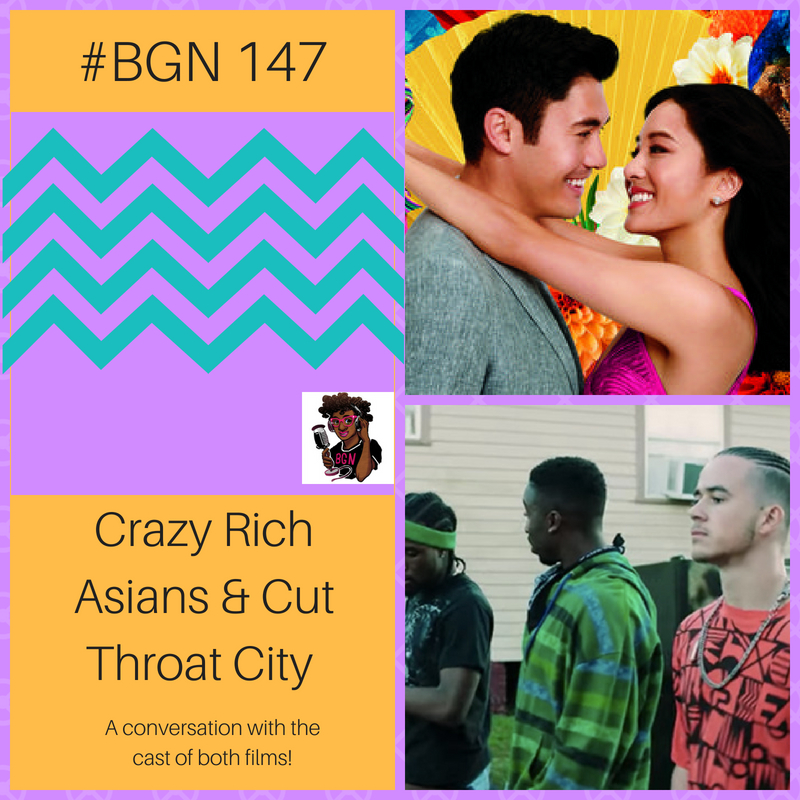 Segment 1: Warner Bros latest film ‘Crazy Rich Asians’ due out in theaters August 15th is one of the most talked about films of the summer. Cast members Ken Jeong, Gemma Chan and Awkwafina chat with us about the film.

Segment 2: The cast of the new RZA film ‘Cut Throat City’ set in post-Katrina New Orleans made its debut at SDCC. Cast members Demetrius Shipp Jr., Denzel Whitaker, Keenan Johnson, and Tyron Woodley give us insight into this compelling project.

Edited by: Jamie Broadnax
Music by: Sammus and Shubzilla