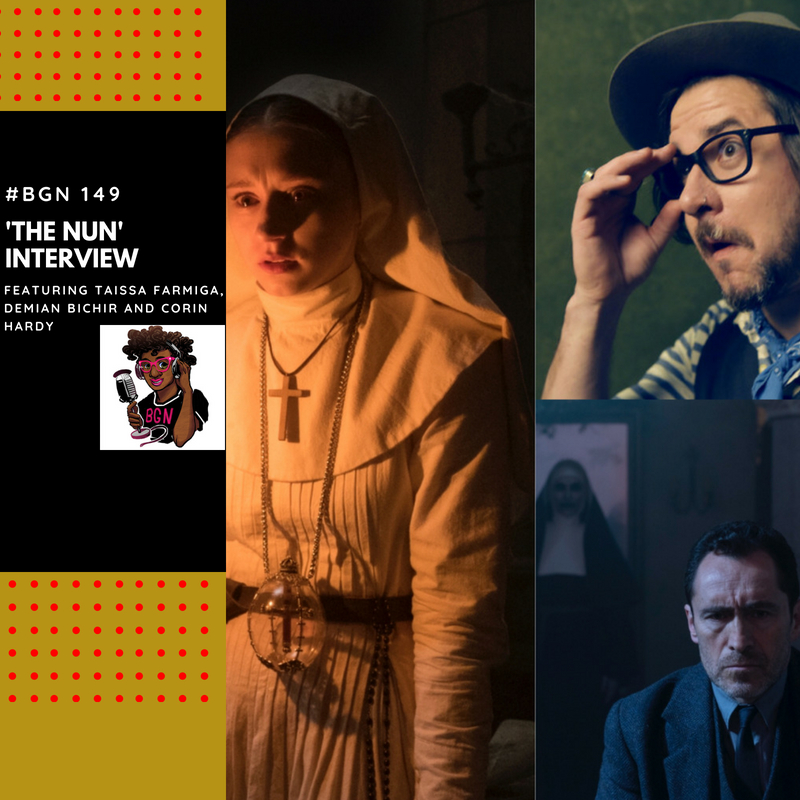 This episode was recorded in a roundtable interview with international press.

You will never look at a Nun the same way again after you experience New Line Cinema’s latest horror spin-off from The Conjuring series — The Nun. Directed by Corin Hardy (The Hallow) and produced by James Wan and Peter Safran, this film connects the dots to both Conjuring films seamlessly as it answers questions to the mysterious nun we saw in Conjuring 2.