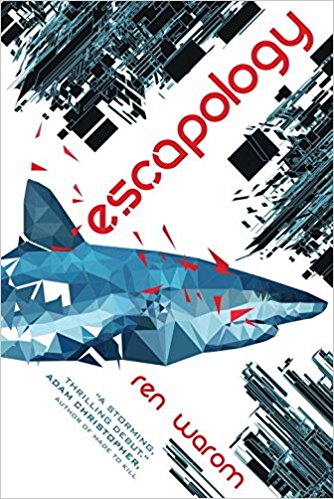 Escapology by (Ren Warom) is science fiction as its finest. The story is built on various perspectives who are confined to a massive computer-like program called the Slip. Crime-lord Twist Calhoun has a hand in the system but can’t control his lust for more. Shock Pao, a miserable and insecure bum and Amiga, a selfish assassin are among the few who avoid pissing him off. They’re from entirely separate parts of the virtual world but fall similarly in the same race as everyone else to get their drive in the Slip.

Shock Pao is the epitome of a failure: no job, no degree and a blood-sucking ex whom he allows to drain his sense of humanity upon request. No surprise, he’s thrown into a life-or-death maze involving his ex and Twist.

Amiga, on the other hand is an emotionally instable badass who can break anyone’s neck just to prove a point. She’s used to keeping within Twist’s good graces so bringing Shock to him dead or alive is nothing new. However, luck is on Shock’s side so it isn’t an easy win.

Escapology is a cyberpunk junkie’s dream. For those not used to such a genre, it will take focus and a great deal of imagination to keep up with the cyber jargon and 9-megabits-per-second pace. Consistent plot twists, gore and game-overs will keep the reader enthralled and intrigued until the end.

Virology is expected to follow suit, keeping cyberpunk alive and evolving. This time, Slip’s control is becoming unbearable and everyone is on the run again. This time however, the quest to annihilate cyberspace’s long-term C.E.O begins.

Tariqah currently resides in Chicago and studies graphic design and journalism. She is your typical bibliophile and enjoys creating artwork and writing as a hobby.