At the end of April, Image Comics will be releasing, Street Angel: After School Kung Fu Special, a graphic novel by the creative team behind Afrodisiac, Jim Rugg, and Brian Maruca. 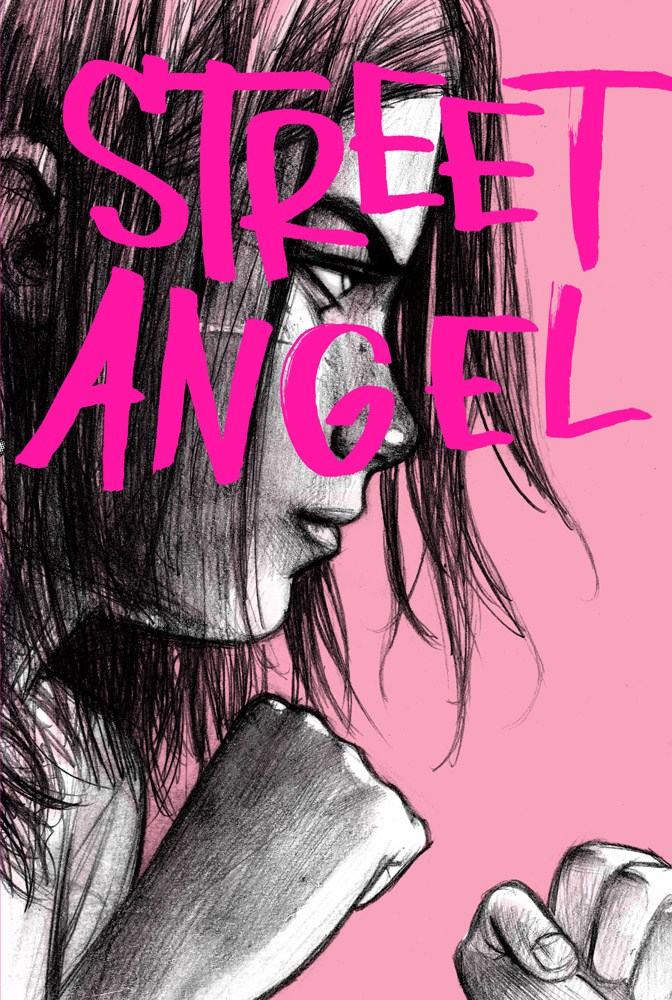 Jesse “Street Angel” Sanchez debuted in a webcomic and has progressed through a five-issue run released in 2004 and now hits the stands in this special. When it comes to independent titles, I have found that many have origin problems.  Usually, the creator has worked on developing and promoting a character for years before it can reach a widespread audience.  Many times this results in a title that forgets the past decade may have been missed by the new audience they are trying to reach.

What’s funny is that I didn’t realize the whole context I was missing until I started to do research for this review, so I am going to put that in the pro column.

This was a quick read with some typical pre-teen angst issues combined with a fun kung-fu sequence and a great ending. Now, I might have enjoyed some of the dialogue a little better if I had known that Jesse’s friends include a robot, Satan’s daughter, and a zombie. In this issue, I believe only the robot is present, which really does explain a couple of conversations and make them funnier.

So here’s the thing, this is a fun book that takes me back to my 1997 Saturday morning cartoon favorite Pepper Ann — that is if Pepper Ann knew kung fu. This is a “nice” issue and that’s the problem. It’s clever, but it is a one-shot issue in a graphic novel cover with a graphic novel price.  Therefore, this is a good effort, which would benefit from a few short stories, and maybe an origin flashback to justify the proposed price. So, my friends, I would leave this one on the shelf, but consider checking out the Street Angel webcomic.

E. Angel is an engineer and holds a BS in electrical engineering from North Carolina A&T State University. She’s a real nerd who loves all things Star Wars and Star Trek, and is an avid gamer. E. Angel can be reached at e9of10@gmail.com or on either game platform as Bunnehs Sister.