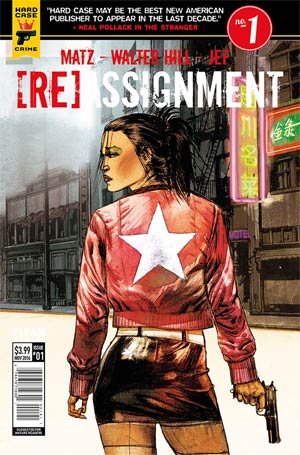 I don’t enjoy reviews with spoilers because then why buy the book?  However, I understand now the need. Be warned spoilers follow.   So Hard Case Crime in coordination with Titan Comics releases Assignment, written by Walter Hill (Triggerman) and Matz (Triggerman, Cyclops) by on January 11th.  So the publisher’s description says:

Hitman Frank Kitchen’s assignment to kill a fashion designer, who’s fallen behind on his debts, takes a turn when his victim’s sister, a sociopathic surgeon, decides to punish him in the unique way only she can. Abducted and operated on against his will, Frank comes to in an unexpected place – but with a hitman’s hunger for revenge. 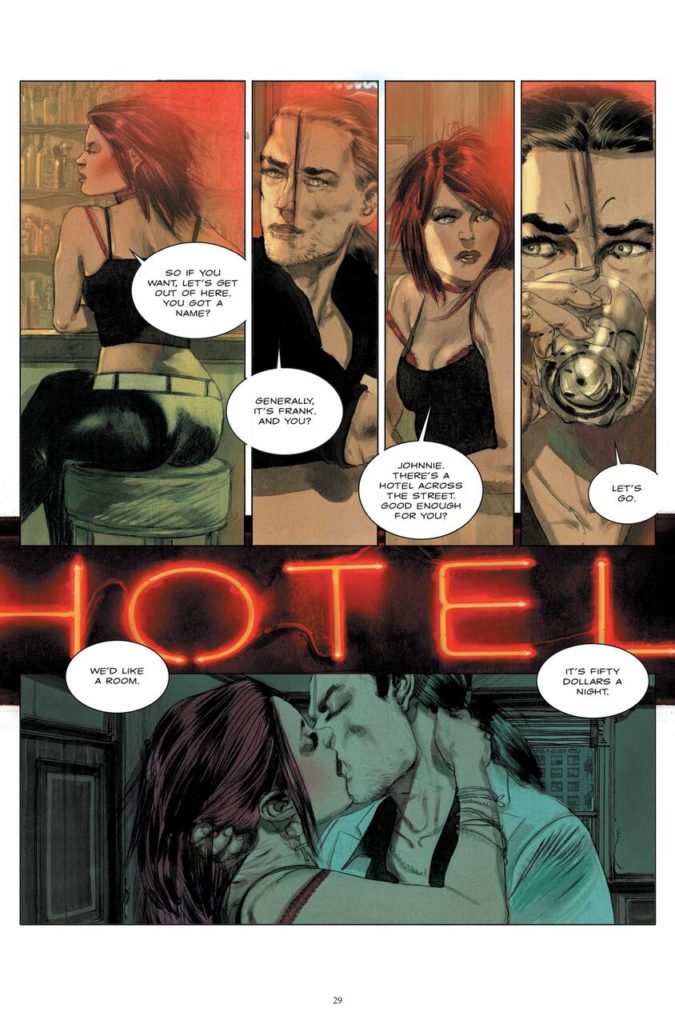 The previous ages of comics focused more on superheroes.  The Modern Age is characterized by the emergence of various independent titles with more serious and complex topics.  For me this one sort of takes the cake.  I can only blame myself as there are so many clues to what happens.  Let’s start with the cover, pick any of them because they are the first clue as to the punishment which befalls Frank Kitchen.  The regular cover has a pretty girl, gun, mystery.  A quick flip through the book shows the great skill, the artist Jef (Triggerman) has with not just people, but the backgrounds.  Each room or street has great detail and character, really transporting you to the place and time.  I find it very interesting that the protagonist of this title looks amazingly similar to the lead in Triggerman, but hey, why waste the face? 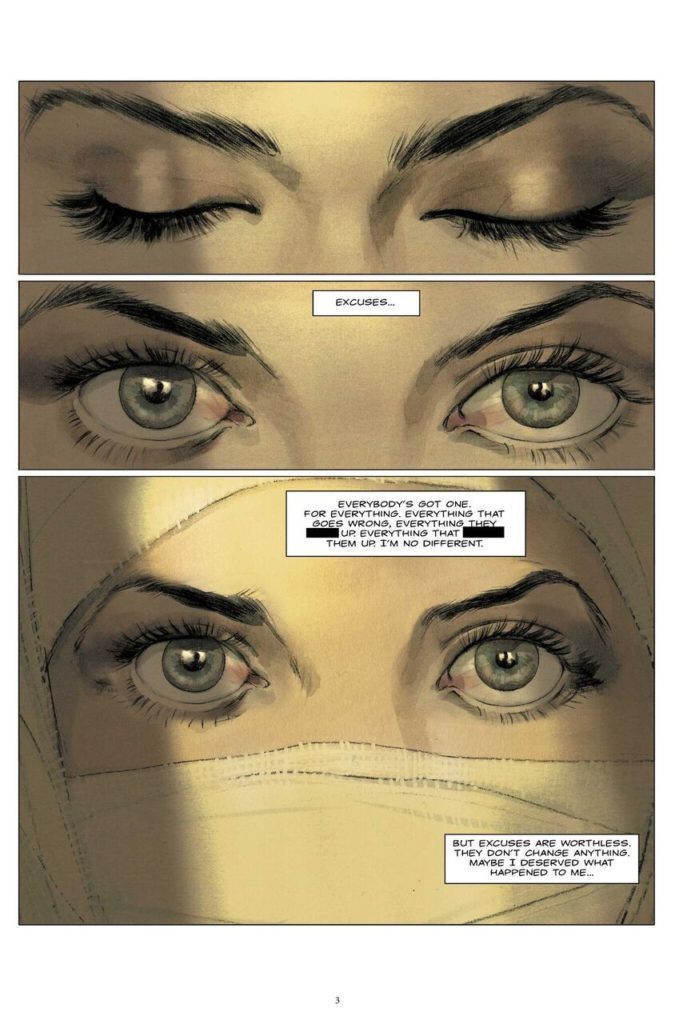 The first page has the luscious lashes of obviously a greenish blue-eyed woman – clue.  Frank goes into the city finds his mark and then meets up with his handler for his next “assignment.”  As he waits, he avails himself of a like-minded woman for a nice night.  The next day he walks into a trap and gets shot and pistol whipped.  Months later the bandaged assassin wakes up as, yes you guessed it – a woman.  There is a new urban legend for you, why take a kidney when you can change to a woman. Of course, when you have an involuntary sex change operation, you always end up in a size 3 supermodel body, because what would be the point of looking like a tall dude in a mini-skirt with Adam’s apple?  I’m sure that he will be light as a feather in the working girl red heels and dress. 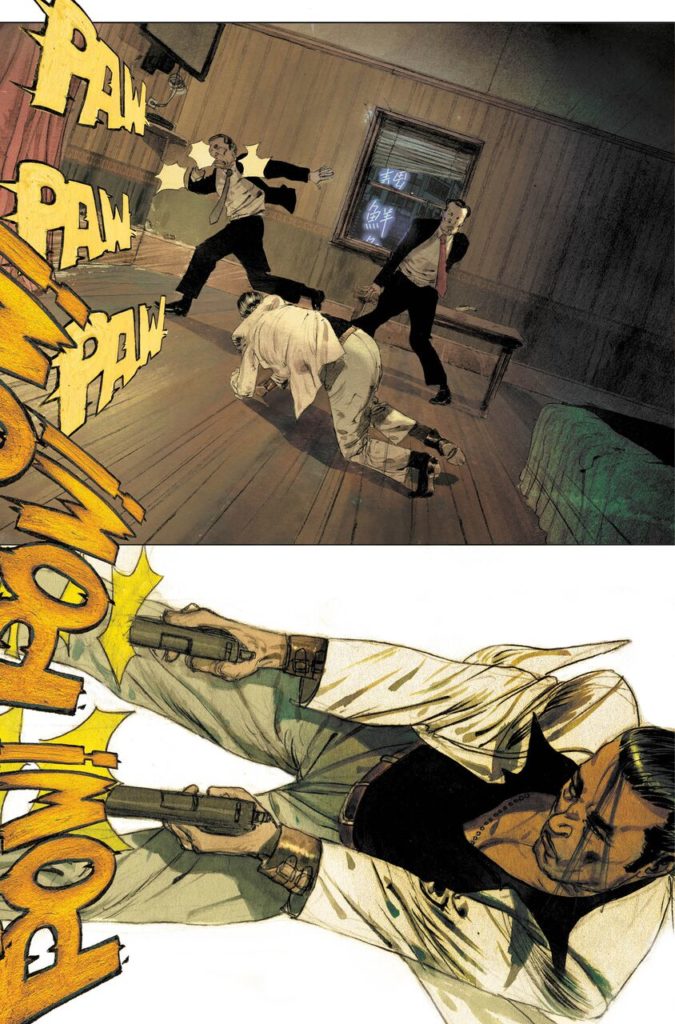 I don’t want to like this title. I want to tell you that it is poorly written and drawn, so don’t waste your time, but it’s not.  It is upfront from the start.  The description hints of a change. On the title page, the title includes [RE] in front of Assignment.  The first page shows Frank as a woman.  How could I be surprised?  Don’t know, but I was.  I do on occasion pick up crime/mystery titles.  This is not one I would probably pick up, but look if the next issues are like the first the team of Hill, Matz, and Jef are looking to take Frank – Francis – Kitchen on an interesting ride.  I don’t think that I will be on the train, but I sort of want to be.  Your assignment is to figure out if you can handle what is next.