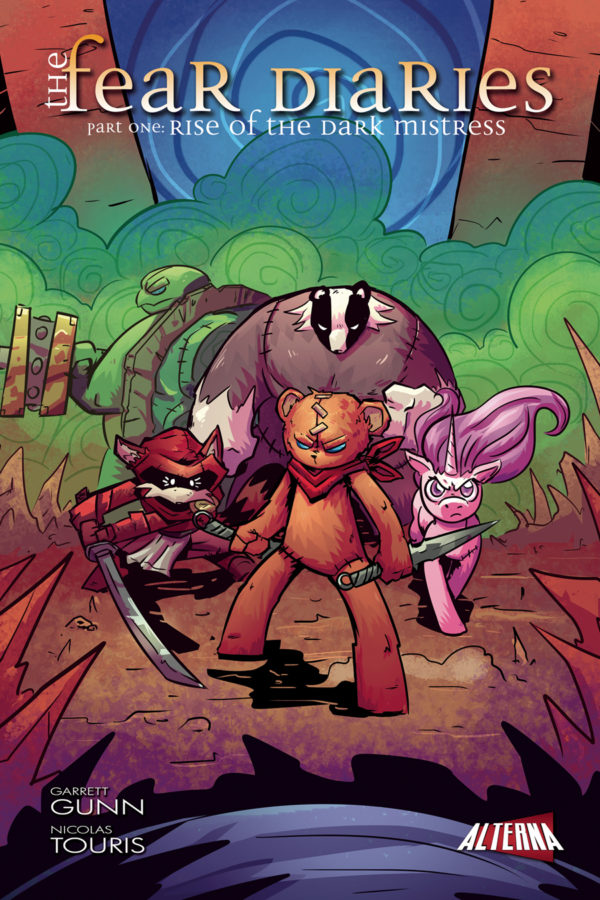 The Nightmare Realm is no joke, and it’s up to Theodore Bearsly and a select group of stuffed creatures to defeat the Dark Mistress.

Dealing with nightmares could always be so strange as a child. The fear you felt could linger for hours and eventually amass into something that stayed with you throughout your childhood. So, how would we react if the reassurance of our parents was a lie? What if the things that go bump in the night, the entities that lurked inside our closets and beneath our beds, were in fact real?

Well, in this story by Garrett Gunn, he ruminates over that very scary idea. When nightmares are forced into the minds of sleeping children around the country by the Dark Mistress, it is up to a group of brave stuffed animals to stop the havoc that’s being wreaked.

Cue Theodore “Teddy” Bearsly and friends to the Nightmare Realm. Armed with weapons, fighting skills and sheer willpower, the band of rag-tag toys fights with with some mangy marauders who serve the Dark Mistress in her evil ways.

Going into this comic, I wasn’t sure what to expect. I assumed that it might be something geared more toward children, but that wasn’t the case at all. Gunn does a great job at getting you to remember those familiar childhood fears. And the art by Nicolas Touris brings the mysterious enemy to life and really captures the frightened looks on the children’s faces when she infiltrates their dreams.

What I liked best about the book was how different it was from anything I’ve read lately. One doesn’t come across stuffed animals who punch first and ask questions later very often. I also appreciated the hysterical, sarcastic banter between Teddy, his friends and the wayward toys who are devoted to the Dark Mistress.

The Fear Diaries is definitely a great addition to the Alterna Comics family and I am looking forward to the next part of this fun-filled, action packed series.