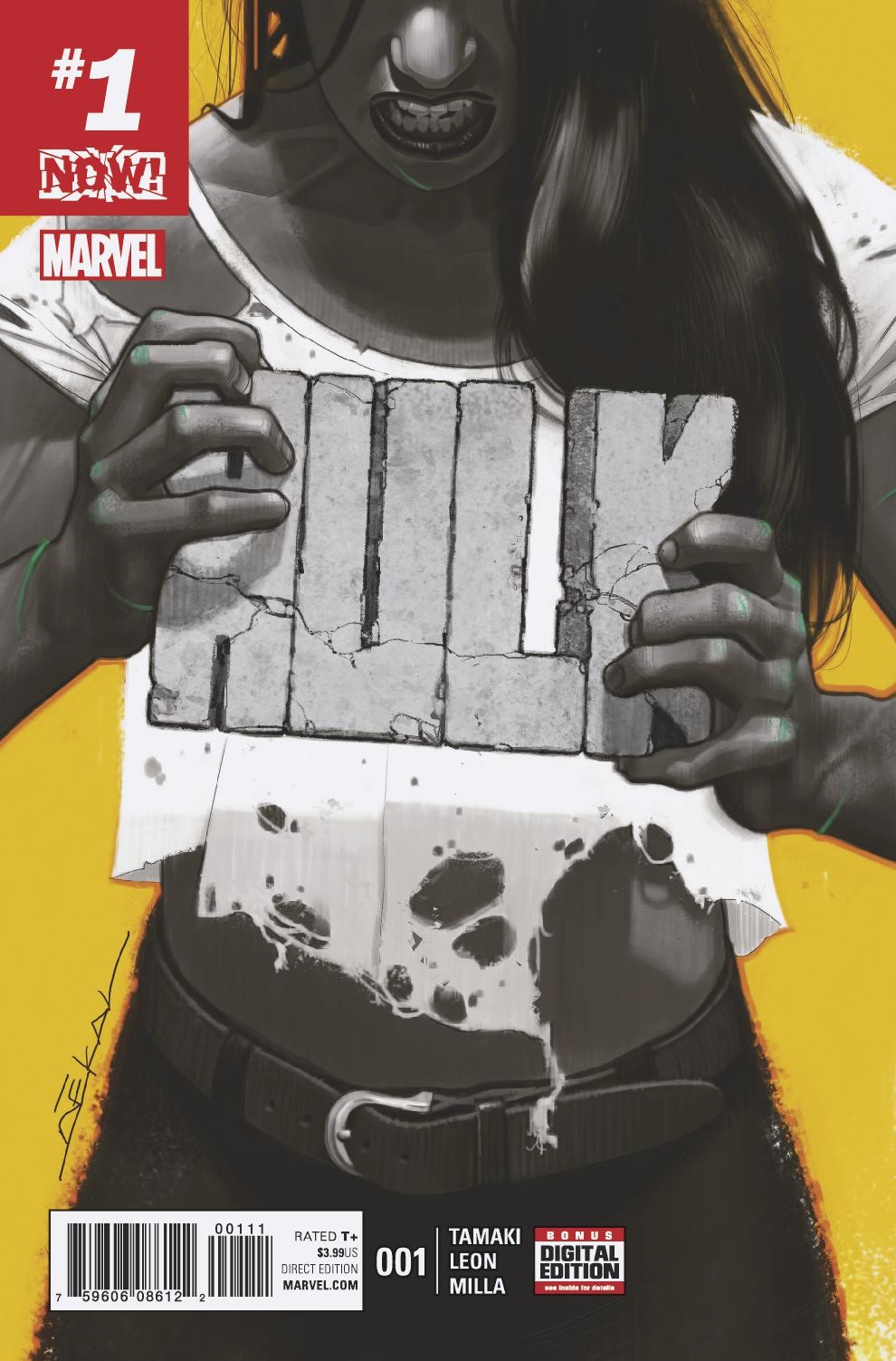 Jennifer Walters aka She-Hulk barely made it out of the latest Civil War alive. But as she attempts to move on from this dark chapter of her life, the rage she is tries to keep at bay is ready to rear its green head.

**Please note that there are spoilers below if you haven’t read Civil War II.

The book begins with a visibly agitated Jennifer heading off for her job as an attorney in the aftermath of Civil War II.  She wants to go back to the way things were, but that is much easier said than done.

As Jennifer goes about her business, the irritating little voice in her head continues to gnaw away at her. It doesn’t stop even when she meets her new colleagues, some of who believe it’s okay to comment on Jennifer’s lack of green skin- which ultimately aggravates her further and the day has only just begun.

However, after being frightened by her new client (which would definitely happen if they’re standing in your office with the lights turned off), it is obvious that she is ready to get back into her zone. She gets information from her client, learning that the woman rarely leaves her home and is being threatened by an eviction notice, despite paying her rent on time monthly.

Vowing to help her client to the best of her ability, Jennifer is back to feeling fine; the voice in her head dissipating, even just for a moment. But this changes when she finds a woman outside of her residence when she returns home after a long work day. This is where we learn that this woman is no stranger. In fact, Jennifer has been avoiding this woman’s calls. She makes it known that she would like to speak about what happened to Bruce (in Civil War II if you haven’t read it yet).

The longer the conversation continues, the more distraught Jennifer becomes- specifically when the woman calls what happened to Dr. Banner as “trauma.” The word seems to trigger something deep within Jennifer and as she steps into the ascending elevator we can see the door begin to crumble.

The voice that she tried to bury comes screaming back, reminding her of all the loss and pain. It also reminds her of what she’s capable of when she loses control.

What I enjoyed most about the book was the contrast of light and dark throughout. It was a way to foreshadow the events to come while serving as the catalyst for Jennifer’s struggle with the ‘little voice’ throughout issue #1.

Writer Mariko Tamaki did a great job portraying Jennifer’s ongoing struggle when trying to keep control of her emotions. This can be seen with the beautiful illustrations by Nico Leon near the end of the book when Jennifer is writhing on the floor, her head clutched in her hands, green eyes glowing as her teeth are grit with the sheer willpower of trying not to become the green monster.

This book was a good precursor for what is to come for Jennifer as she moves toward taking up the mantle her later cousin, Bruce, has left behind. Jennifer Walters is the Hulk.

Jen Walters’ Consciousness is Explored in ‘She-Hulk: Attorney At Law’