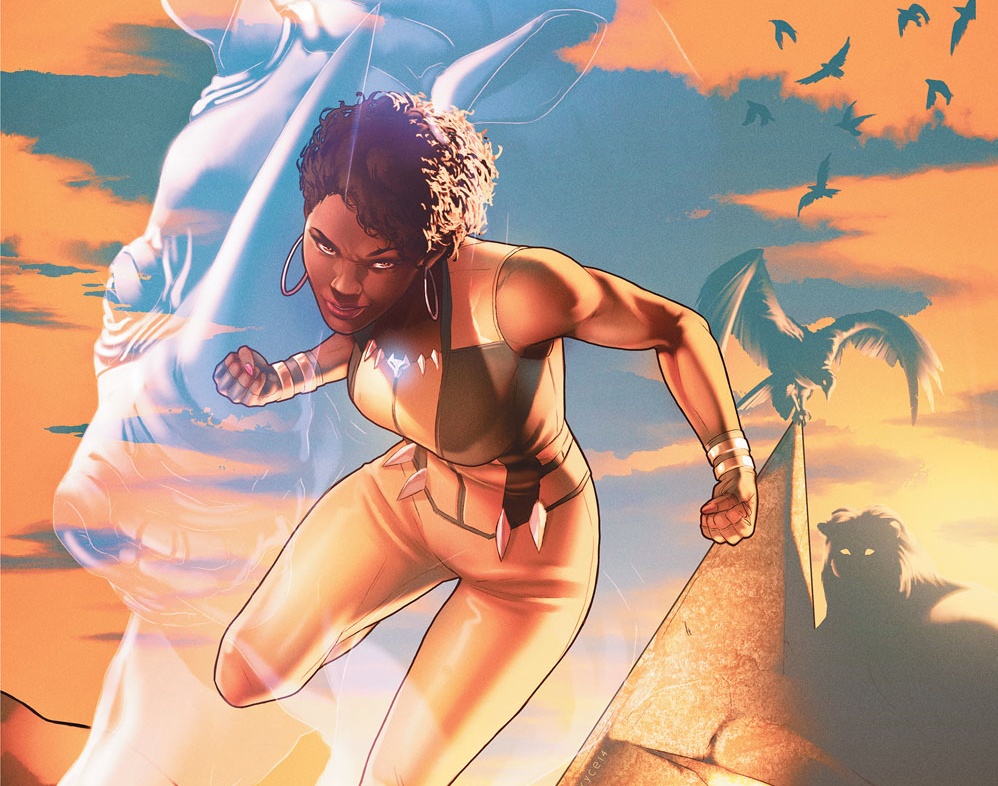 Justice League of America: Vixen Rebirth is a book that connects with your imagination. It is not every day that one of America’s most recognizable talents is seen hopping from rooftops to help a fan find their missing parent. But, Mari McCabe does just that.

On a live television interview, one of the students from a school she supports through one of her various philanthropic efforts expresses disappoint in Miss McCabe- blasting the young woman on-air to voice that she believes Mari’s care is simply for show.

After the disappearance of the young woman’s mother, the tearful girl tells Mari that she’s written letters asking for help but was never met with any response.

Mari is left on stage in shock; at an obvious loss for words and this is when she decides that she must do something. She knows that now is the time to use her mother’s sacred necklace, the Tantu Totem- a secret she’s kept hidden for years.

This is where we come to learn about the necklace and how it came to be in Mari’s possession. Here is also where the imaginations of Jody Houser and Steve Orlando come to life, along with the beautiful art by Jamal Campbell.

Campbell’s art easily tells a story, even if there was no script involved, especially when Mari uses the Tantu Totem and is connected with other living creatures on the planet. Simply put, the artwork is beautiful.

Houser and Orlando do not disappoint in giving us a Mari who is relatable, despite her celebrity status. In seeing her backstory, we see that she too has faced deep losses and these helped shape her into the person she is today. It is the reason why she had to succeed and how she has a huge heart with a capacity to help everyone she possibly can.

This book was a good intro for what’s to come within Mari McCabe’s world. I am looking forward to seeing what Vixen has in store for us all when she reappears in Justice League of America in February.