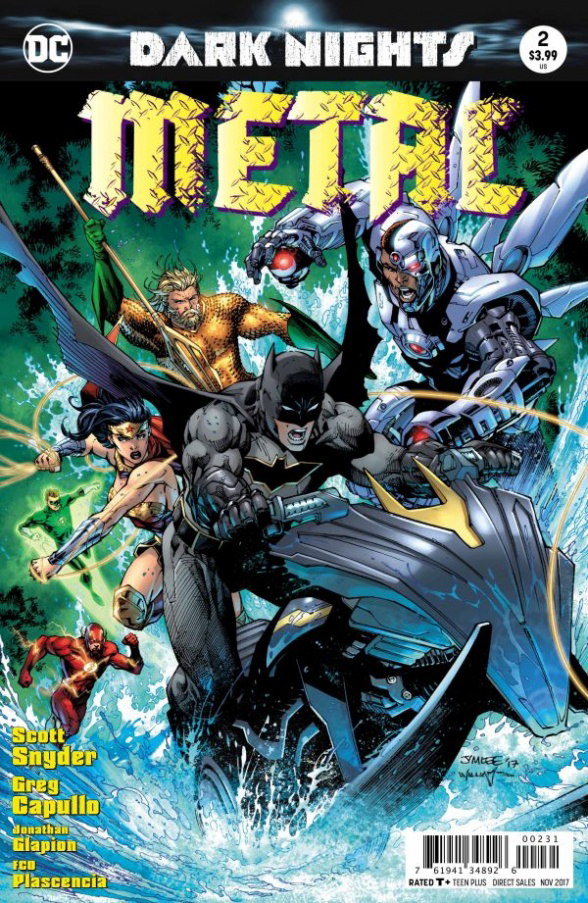 With a series like Metal, you are prepared for darkness to fall. You’ve seen the images of the Dark baddies to come, you know the epic fights are coming, but it’s the how that unfolds in issue two. Scott and Greg get us to the starting line with an epic chase sequence, cameo appearances galore, and a touch of horror.

This issue opens with the JLA chasing Bruce. According to Superman, Bruce has just stolen the “Most Dangerous Weapon in the Universe”. Cyborg and the rest of the team track Bruce to the Amazon Rainforest, but he isn’t alone.

Bruce has put out the call to The Family. That involves Damien driving an armored RV/Hummer vehicle through the forest, that he has dubbed the Bat-Hog, and various decoy Batmen on motorcycles trying to evade the JLA.

Bruce’s excellent tech and loyal allies have once again distracted the JLA from his exact location: a tomb in Egypt. He has a plan for the item he stole, but it appears Bruce has made a mistake. He is exposed to the final element that turns him into a gateway for the dark.

What I loved most about this issue was the layered connections. Metal has links to Scott & Greg’s past story arcs. The Bat Family also shines in this issue. Only the intimacy that Team Bat shares could give them the ability to fool the JLA  for the brief amount of time Bruce needs.

I’m also going to be thinking way too much about The Batman Who Laughs in the coming weeks. Such a creepy character!

In case you missed here is the rundown of the Dark Night characters: 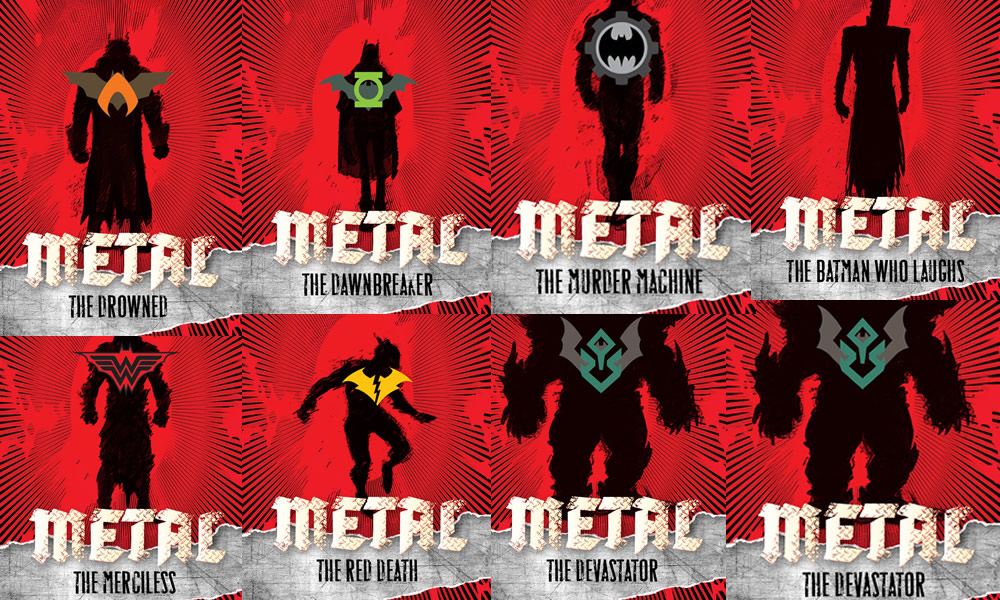 Kai Charles is a Medical Professional,  Jedi Hopeful, and Independent Book Reviewer at Fiction State of Mind. You can also find her on Twitter @yogikai , tweeting about all things relating to Books & Geek Culture. Blog link: fictionstateofmind.blogspot.com