G.I.R.L. has a nice ring to it, doesn’t it? We left Nadia Pym in her 1st issue meeting some of her lady scientist goals and taking out her first baddie post-Red Room. In Issue #2, we follow Nadia and Jarvis (aka Tony Stark’s lifelong butler) as she begins recruiting for G.I.R.L. 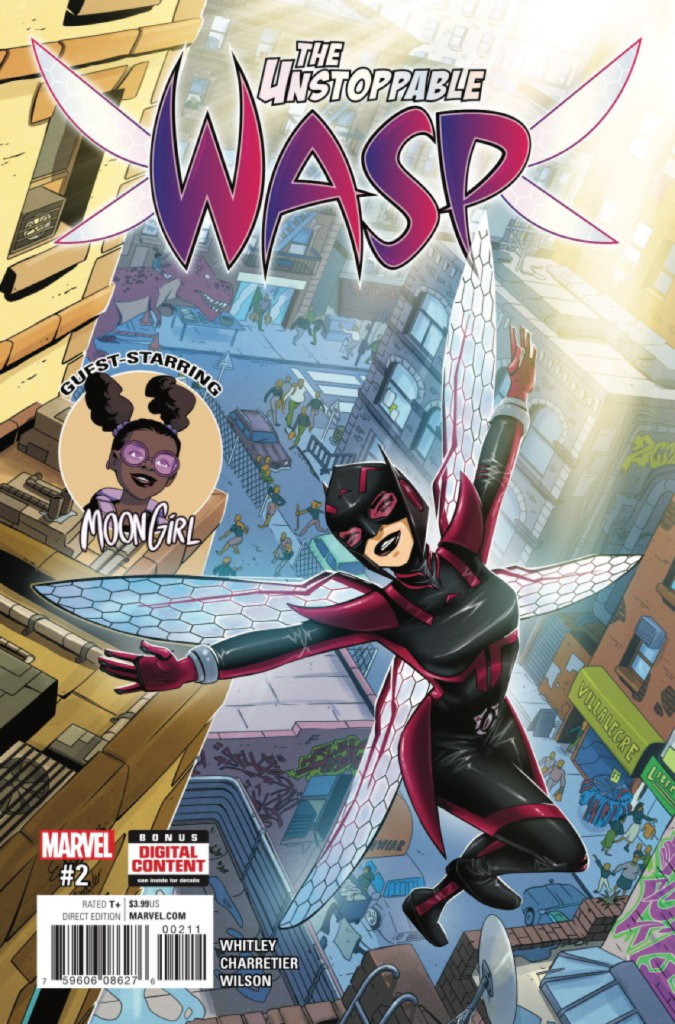 Her first stop is in Washington Heights, where she meets Alexis and Taina Miranda, two Puerto Rican girls who are killer in Lacrosse and engineering, respectively. When she gives them the lowdown on what her goals are, she gives an interesting history of male superhero presence:  75 to 90 percent of the “formidable minds of world” have been male. But Lunella Lafayette (aka Moon Girl) changed that when she proved she was the smartest girl in the world. After her selling story, Nadia gets Taina on board to join the team.

From there, she visits Lunella to recruit her but gets cut short by a giant rat running the streets. Side note: I live in NY and can confirm that I have seen rats that size on the subway. After working together, Nadia discovers the oversized rat was under the influence of some familiar tech from her old life. After chasing the culprit, she encounters Ying, her friend from The Red Room.

In Issue #3, Ying and Nadia have a back-and-forth with Ying releasing another oversized rodent, which gets beaten by Lunella’s Devil Dinosaur. Ultimately, Lunella turns down Nadia’s offer to join G.I.R.L. 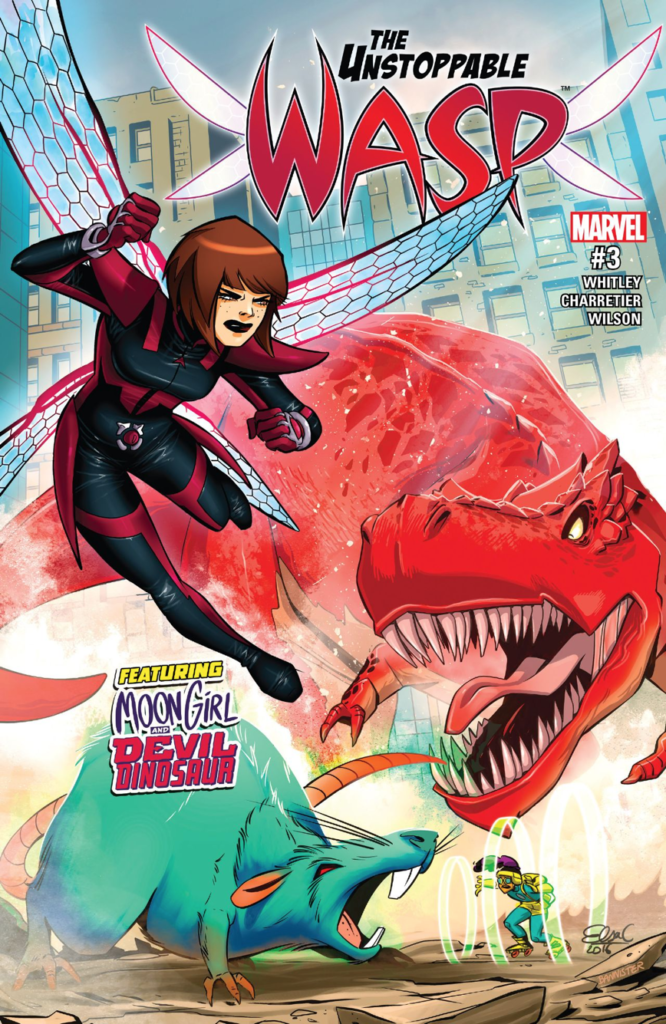 Nadia and Jarvis then head to Brownsville, Brooklyn for their next recruit. Lashayla “Shay” Smith, a physic whiz, makes her grand entrance to the comic by flying out the window. After getting her dad on board, Shay is in on G.I.R.L.  with her teleporter project.

Finally, we head back to Manhattan to see Nadia try to recruit Priya. Priya, an Indian-American girl gifted in genetics and biology, is not as on board with G.I.R.L. as the other recruits. Priya tells her story of living up to her immigrant parents’ expectations while wanting to be a stereotypical teenage girl, focused on parties, friends, and boys. The recruiting is once again cut short when a new baddie comes and tries to rob Priya uncle’s store.

Overall, the last two issues of Unstoppable Wasp have been great. What I love most about the comic is that the recruits of G.I.R.L. are intersectional. We currently have recruits that are Black, Latina, Indian and disabled. The fact Whitley starts his story out the gate with GOC who are STEAM-focused is refreshing in all the best ways. I look forward to seeing what Nadia and the ladies of G.I.R.L do in future issues.