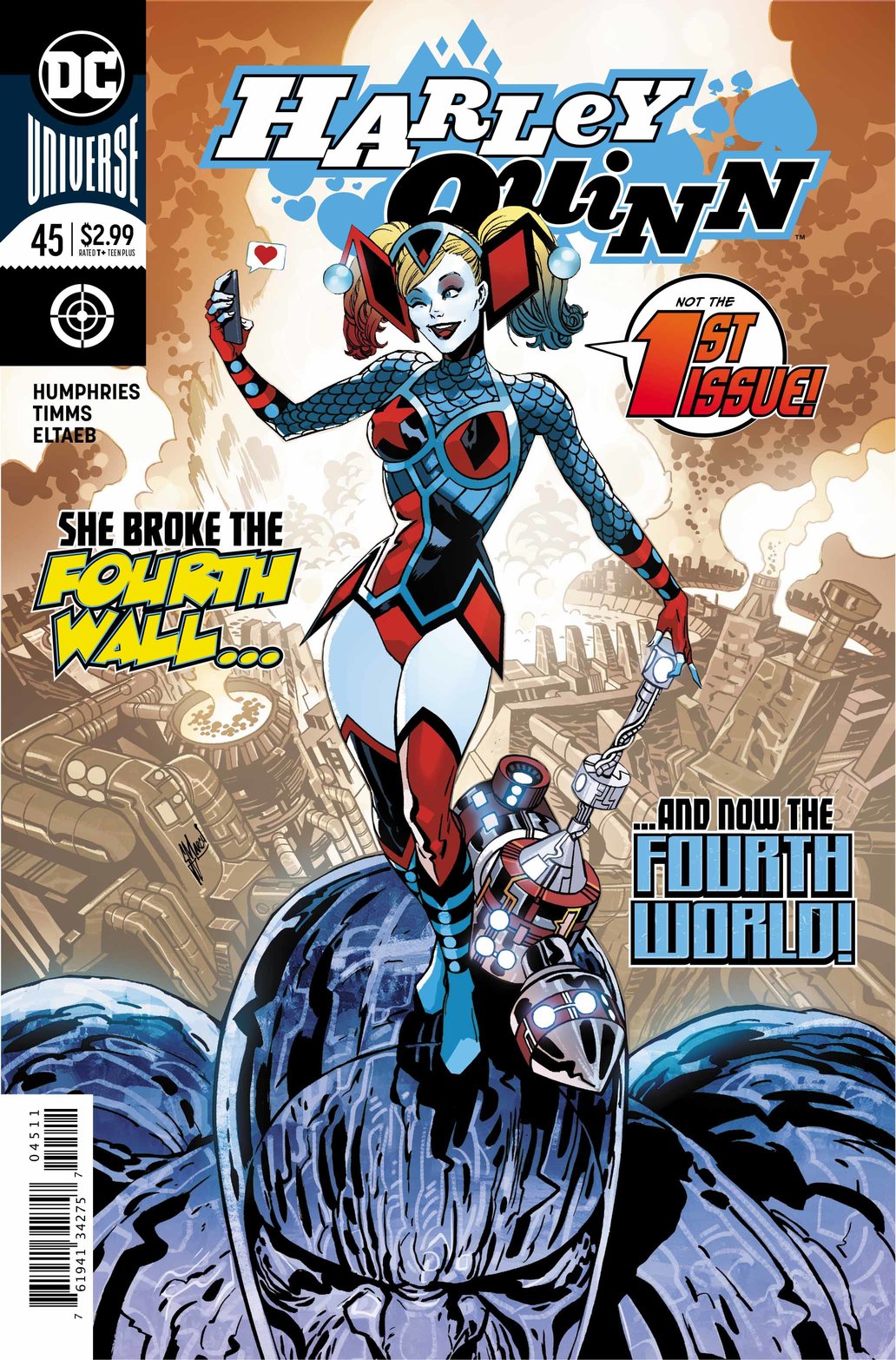 BGN’s Jonita Davis got an opportunity to ask Sam Humphries ahead of the Harley Quinn issue #45 release on July 4th.

The issue feature Harley Quinn on a vacay gone wrong. Humphries has a few things to tell us about our girl, her clash with a New God, Comic-Con, and the five-issue arch that ends with an unforgettable Harley Quinn issue #50. All of this without losing that comedic energy fans love from the comics.

BGN: How did you land such a sweet gig, writing a Harley Quinn summer romp?
SH: Well, it’s not a summer romp. This is the dawn of a new run for the Queen Harleen. We’re currently planning through issue 75 and beyond. But at the beginning, I had lunch with Dan DiDio and he offered me the gig. He just dropped the bomb like it wasn’t a big deal, haha.

BGN: Where did the idea of the “summer vacation gone wrong” angle come from?
SH: Everyone can relate to a plan for chill getting ruined. But Apokolips is a twist that (most) people have not seen in their lives. 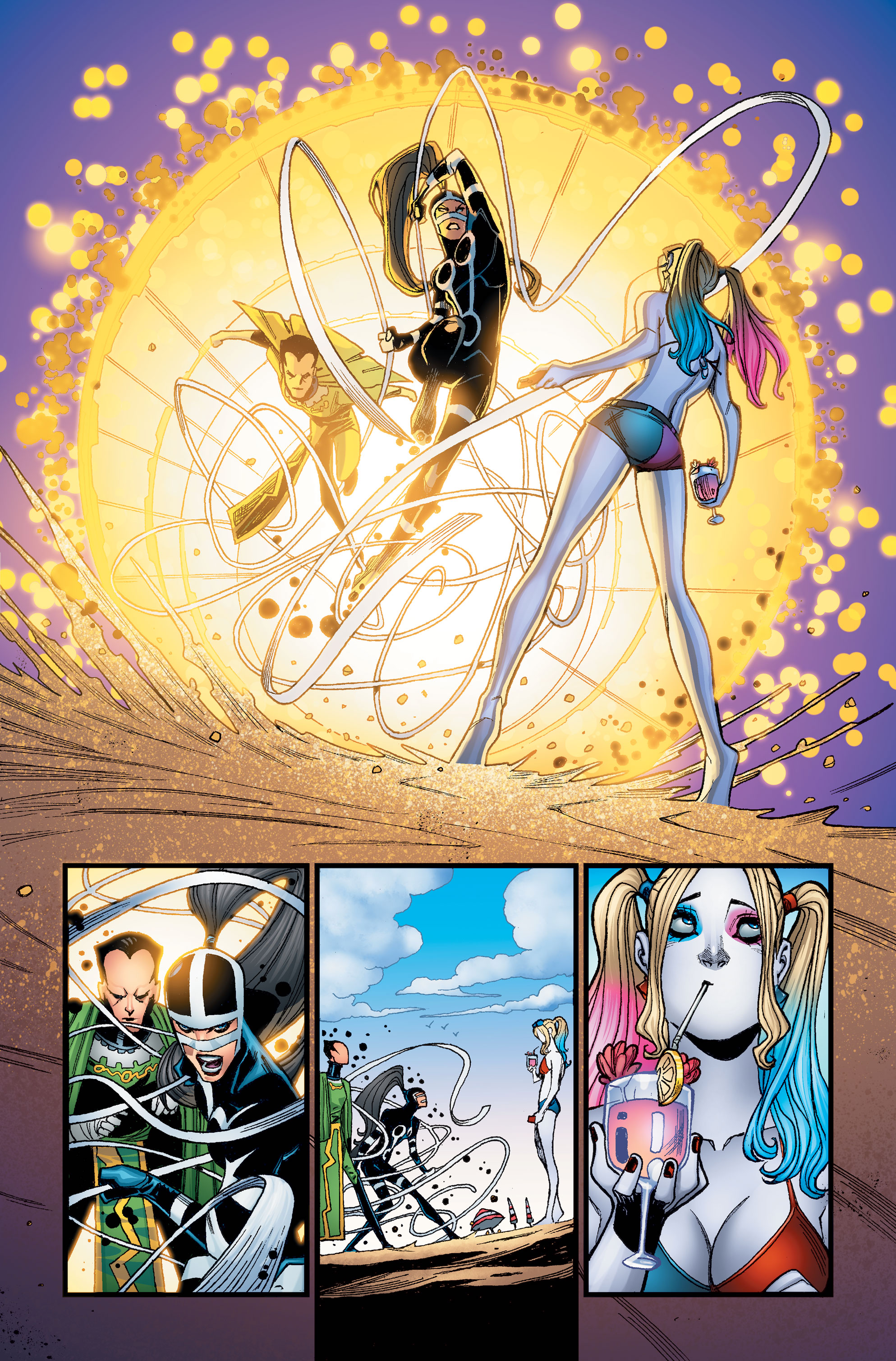 BGN: I noticed a self-care theme that seemed to set this storyline on its way. What are some of your plans for continuing this theme without bringing down the energy that Harley Quinn comics and the character are known for?
SH: I don’t think they’re mutually exclusive. Self-care for some people might be a nap and Netflix binge, but Harley’s self-care regimen can involve lots of mayhem and chaos. But there’s a nice polarity there that mirrors much of Harley’s emotional journey this run. Responsibility vs. chaos, grounded vs. zany, emotional vs. funny, self-care vs. protecting others. Are they always on opposite ends of the spectrum? Or is there a happy medium you can live with?

BGN: What can the audience expect from the Granny Goodness as she and Harley Quinn clash in this storyline?
SH: These are two characters that like things done their way. Naturally, one of them is gonna get hit with a hammer. 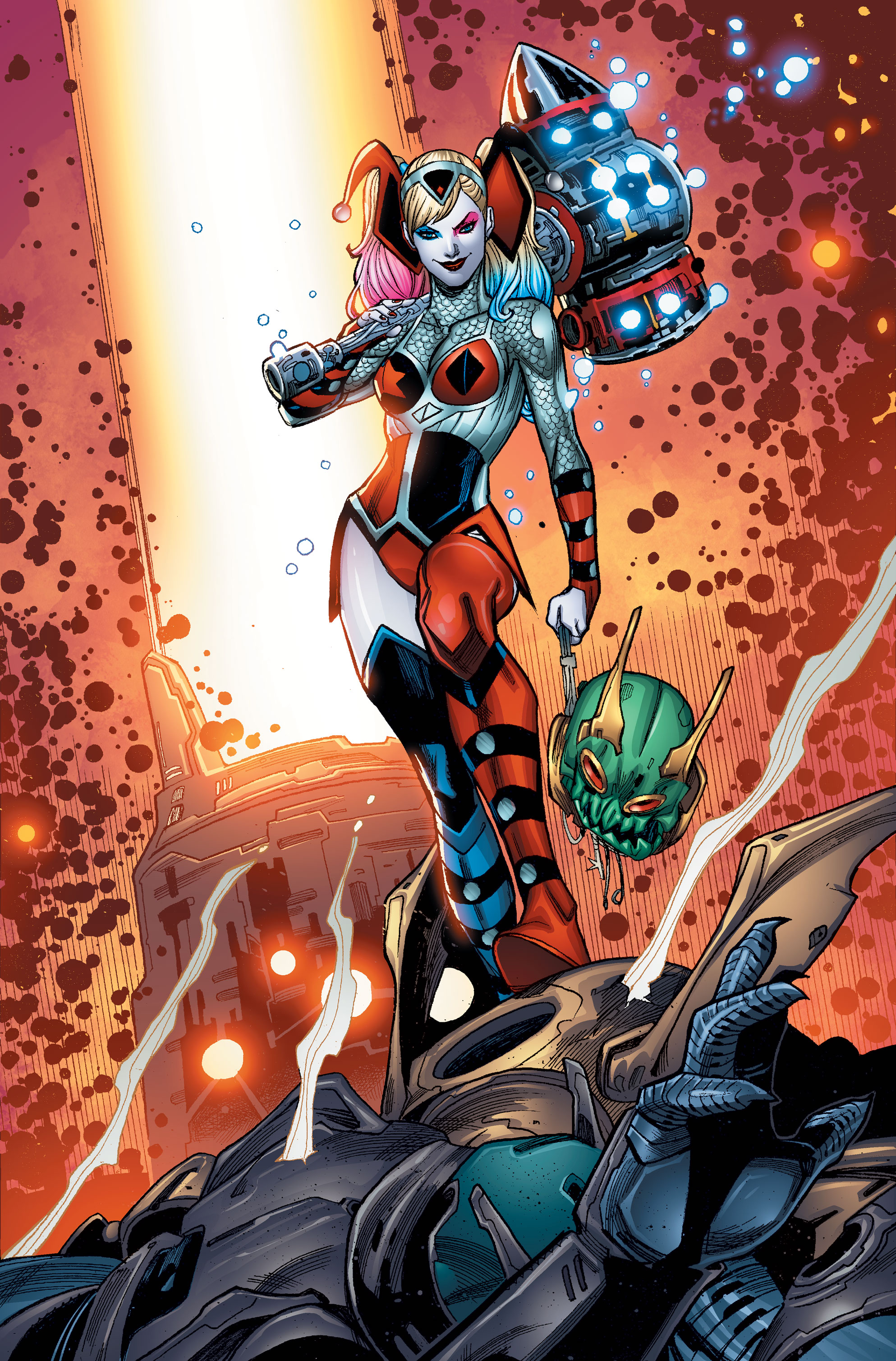 BGN: Can we expect our Harley to come out of this with some changes? If yes, can you give us a little hint about what those changes may be?
SH: Yeah, after this story, Harley Quinn will forever be [REDACTED]! Pretty amazing, right??

BGN: What can you tell us about the big issue #50?
SH: It is unlike any comic you’ve ever seen before. HARLEY QUINN DESTROYS DC CONTINUITY. It’s a nearly double-sized art jam issue. To fix everything, Harley has to come to terms with the most elusive comic book creator of all time: M. Clatterbuck.

BGN: San Diego Comic-Con is around the corner. What is your favorite part of the convention? Looking forward to anything this year?
SH: Looking forward to meeting Harley artist John Timms for the first time! He’s been kicking ass on the book, delivering eye-popping pages, so I can’t wait to hang IRL. We’re doing some exciting stuff together at the DC booth. Keep your ears open.

Get your copy of Harley Quinn issue #45 on July 4, 2018 wherever comics are sold. You can catch Sam Humphries in the DC booth at San Diego Comic-Con, July 19-22.