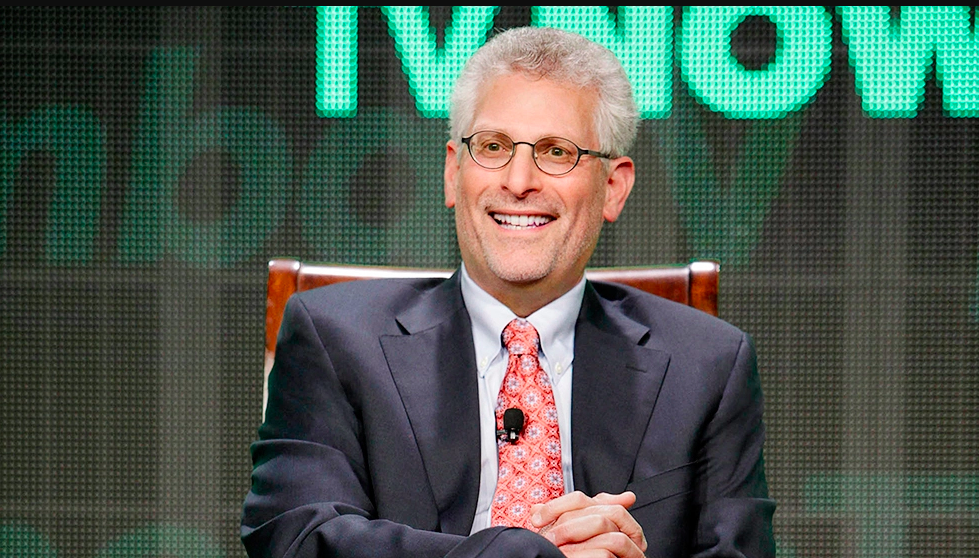 Today I had the pleasure of getting an exclusive sit down with President of the CW, Mark Pedowitz after the CW’s Winter 2018 TCA Presentation. Mark, who has had a lucrative career in the entertainment industry since the late 70’s, has been at the helm of the CW since 2011. We chatted about the cultural relevance and importance of Black Lightning, how much he admires the Akils, where Life Sentence differs from Hart of Dixie, and which villain he is calling the breakout star of the year!

Kay-B: Thanks for chatting with Black Girl Nerds. So let’s jump right in, tell me about how important it is for the CW to tell the story of Black Lightning and the Pierce family now?

MP: Oh, that’s an easy one, it actually starts with Mara and Salim (Akil, co-creators and Executive producers). I’ve wanted to be in business with them for many, many, many years. It stems back to my days at ABC Studios. With Black Lightning, Fox had the pilot and they passed on it. So Salim and Mara came in and said this is what we have. It was different from all of our other superhero shows and it was never designed to be apart of the Arrowverse. It told the story of an educator, an upwardly mobile family, and a community. We thought that was a great point of view. It gave a different cultural perspective and God bless them, they stayed with that hook. They pushed it out and we have supported them the whole way.

Kay-B: Yea, I mean it is fabulous. Those first two episodes…

Kay-B: I cannot wait! I was one of the journalists who got to visit the set and even just talking to Salim about the episodes to come, the level of excitement he and everyone involved has…

MP: By the way, you will see scenes with Marvin Jones (Tobias Whale) and Jill Scott (Lady Eve) that are as good as you’ve ever seen on TV.

Kay-B: I will say this, I had a one-on-one with Marvin, and he managed to do something in that interview that has never been done before, I was so moved that I was almost on the brink of tears. He is such an incredible human being.

MP: He is unique. He and I had a discussion before his panel today, while he was getting made up and I told him that I believe he is going to be one of the great breakout characters of the year. I told him to enjoy the ride because it doesn’t come along often. He has the maturity to actually say: “This is fabulous.”

Kay-B: Yes, he is incredible and just hearing his story about he got into business with Salim and Mara, who are two more incredibly talented people and I’ve been watching their careers and their shows for a very long time.

MP: I am still trying to get The Game back on TV.

MP: Mara and I have had many discussions and we’ve added CBS to the discussions, so that is something that is evolving.

Kay-B: Excellent! What will we see next for the CW? Will we see a Black woman in a lead role again on the network anytime soon like when it was UPN?

MP: Again, right material, right time and right auspices, in a heartbeat. It’s about good TV and good storytelling. You don’t want to do something that is false, and so if you have the right auspices, you do it.

Kay-B: I think that’s why Black Lightning works because it is so authentic. Every inch of it, the details and the layers, it is so culturally relevant.

MP: It’s a great cultural conversation because I am certain there is a large part of the audience that doesn’t recognize what’s being said and it’ll allow them to have those discussions.

Kay-B: What sets Black Lightning apart? I am a huge Flash fan, so what sets it apart from The Flash and Arrow? DC’s Legends of Tomorrow is already kooky and hilarious on its own. How do you keep all four shows fresh and unique?

MP: You’re blessed with great showrunners with creative vision and who are collaborative to work with. None of it is easy though. Last season of The Flash was a little too earnest and this season the fun is back. Arrow recaptured what it was, and its good. Legends is just kooky and is just the most comic booky, comic book show (laughs). Caity (Lotz) who plays White Canary has come into her own as the leader and Dominic (Purcell) just makes me laugh.

Kay-B: Dominic’s character has great one liners and is so insane (laughs).

MP: As we’ve lost some characters this season, you will see new ones pop up.

Kay-B: That’s good to hear. I will say the departure of Firestorm as a unit was hard. The way Franz (Drameh) handled the material on his way out, he did a great job.

MP: He’s an incredible actor, but you might see Wally West (Keiynan Lonsdale) show up on Legends.

Kay-B: I hope so, that was going to be my next question!

MP: She literally has an episode that she just basically carries by herself, which was fantastic and funny.

Kay-B: So will Wally West be a permanent fixture on Legends?

MP: I can’t answer that, you’ll have to watch (laughs)!

Kay-B: You know I will, I just confessed my obsession with The Flash to you! With respect to Wally West, for a lot of people in this generation, comic book Wally West is the only Flash that they know, not Barry Allen, so I have been wanting them to utilize him more, since he is a great character and actor.

Kay-B: When will we hear about the renewals?

MP: Just a couple more weeks, we weren’t ready yet. People now take us for granted doing it earlier and earlier, but we just weren’t ready. The holidays ended and we had a four day work week. It’ll all get resolved though and I think everyone will be happy when its done.

Kay-B: So, about the earlier announcement of Rosario Dawson joining Jane the Virgin in a multi-arc role, that is great news! Jane the Virgin has recaptured its essence from season 1 and I love it.

MP: It is a terrific show.

Kay-B: I love the way the storyline is getting fleshed out between Jane and Rafael, these characters have come such a long way. So is there any chance that you can share anything about Rosario’s role?

MP: I cannot, its all fresh news, as of this morning.

Kay-B: I haven’t screened Life Sentence yet, but the panel was great. It is giving me Hart of Dixie vibes a little bit.

MP: It’s a real family show. It’s not a Hart of Dixie show, it’s a little bit more than that. It really leans into the dysfunction of a family and at times, it is very funny. There are two episodes up now and a couple more will go up. You will find that it has far more substance than you think.

Kay-B: The creators were talking about how when they did Scrubs, people were concerned about how they would balance humor with mortality almost every episode, it is kind of a fine line. Here she is with this grave diagnosis….

MP: Again, they don’t shy away from the fact that she got lucky. The relationship between Stella (Lucy Hale) and Sadie (Nadej K. Bailey) who is in the hospital, you get a counterpoint to the whole thing. Sadie’s role give you a root to understand that this is not a joke.

Kay-B: Yea I asked Nadej if we would see Sadie’s family at all on the show.

Kay-B: Final question, a lot of these networks have developed unique writing programs where they find and bring in fresh new writers. Is the CW interested in doing that at all?

MP: I actually was that started that program at ABC many many years ago. Because we have two really strong studios in Warner Brothers and CBS, who hav those programs, we rely on them. We are very conscious when we staff our shows to seek out new voices, diverse voices because we think its good for shows to have that representation.

Kay-B: So what would you recommend, how do people get into those programs?

MP: Just apply. Go to the CBS, NBC or ABC websites and find a way to apply.

Kay-B: Thanks so much for chatting, it was a pleasure.

MP: It was a pleasure talking to you too and Happy New Year.