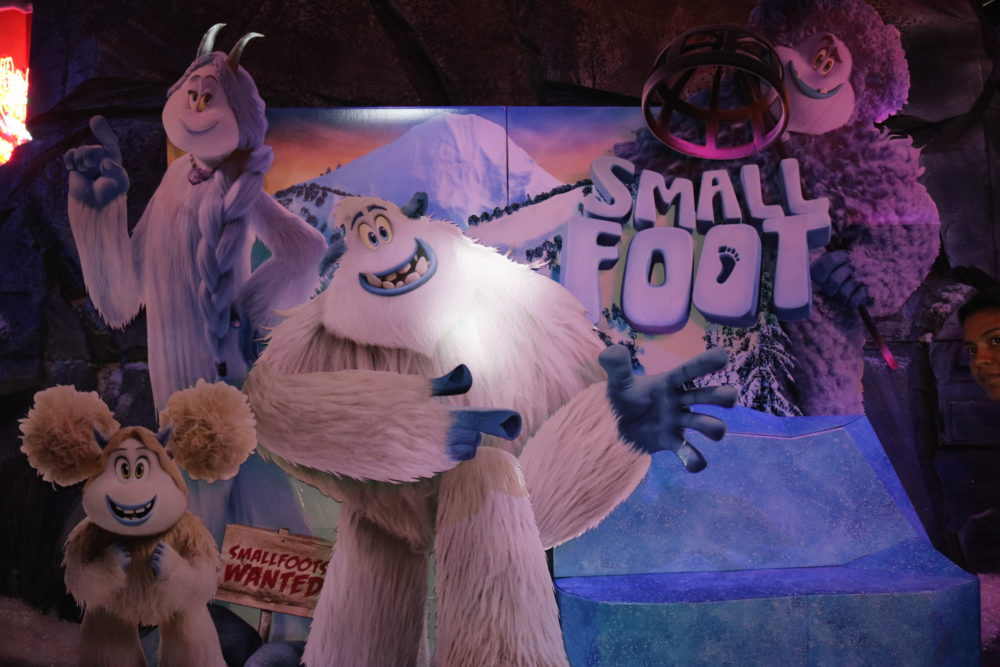 Smallfoot is a fun twist on the legendary tale of the mythic creature, the Yeti. In the film, Migo, (a scientist within the Yeti community) stirs up his community when he discovers the mythological creature known as Smallfoot or as we know them, a human. The film is based on a story by writer/animator Sergio Pablos. It is a reversal of the traditional story which usually has the Yeti as the “other” being in the story. This Warner Bros. picture is directed by Karey Kirkpatrick (James and the Giant Peach, Chicken Run) and is carried onscreen by an all-star cast that includes Common, LeBron James, Zendaya, Channing Tatum, Danny DeVito, Gina Rodriguez and more.

I had the generous opportunity of experiencing the Special VIP Experience of the Smallfoot Yeti Village as a representative for Black Girl Nerds in Hollywood, California. From start to finish, my experience was a special mixture of fun, sweet, and magic all to create the perfect concoction of a fun family adventure! The awesome staff of the Smallfoot Yeti Village made the entire event enjoyable from the moment I entered the village.

The experience is a 40-minute walk through a climate-controlled village that we experience through the eyes of Yetis. There are two levels and s many activities to keep the entire family occupied. The entire experience is designed to flip the myth of the Yeti from one where humans are telling the story to an environment where the Yeti creates the narrative.

As soon as us “Smallfoots” walked through the curtains, we were immediately transported and immersed in the fantastical journey to the Yeti Village. A blast of refreshing cold air immediately hit our faces. We were then guided up the magical mountain while rising beyond the enchanting and translucent color changing clouds. 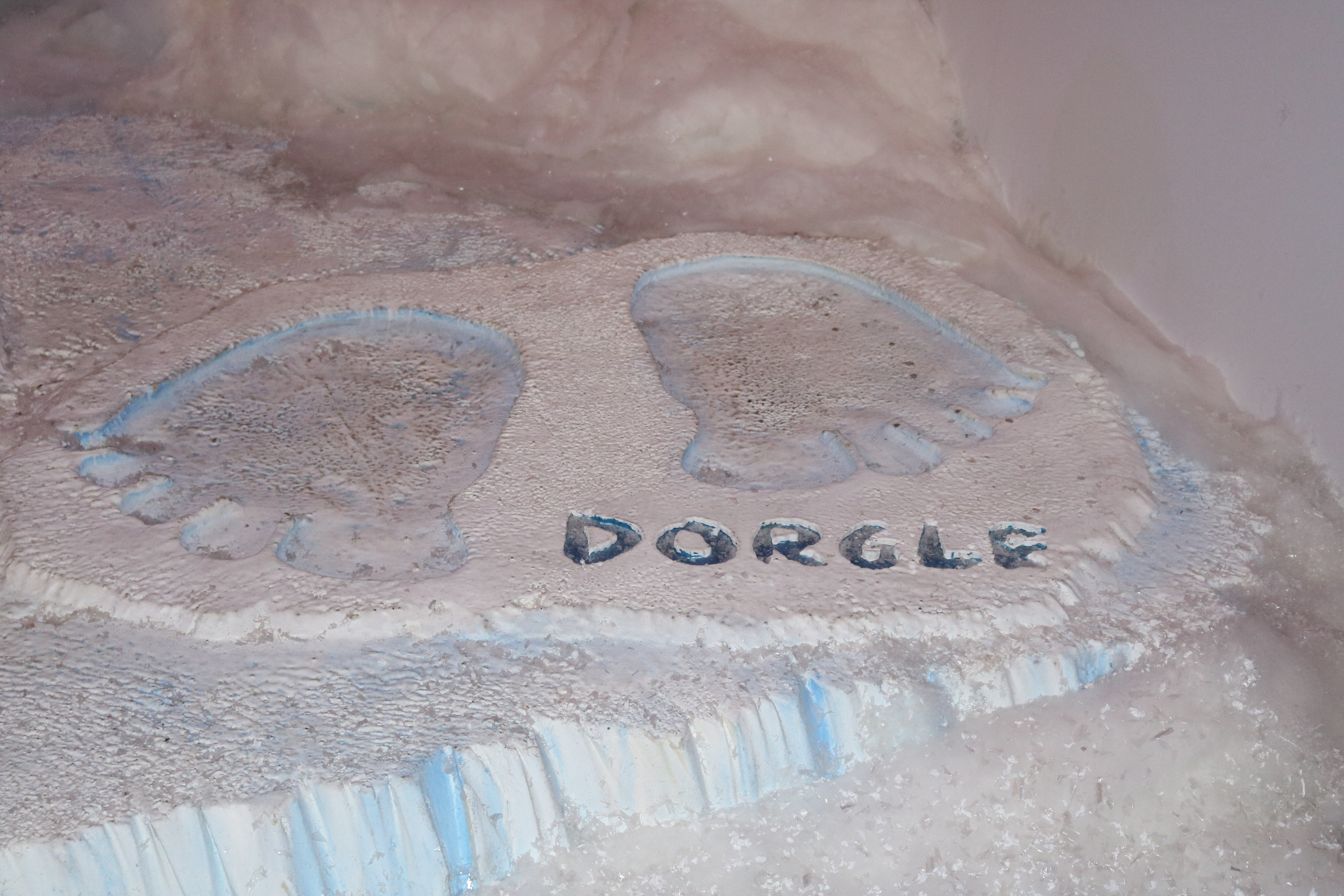 Once we reached the top of the “mountain” the ground plateaued out and was covered with soft snow for the younger Smallfoots to run on top of (without getting frostbite)! The younger Smallfoots quickly discovered the giant footprints belonging the Yeti’s. After standing inside the Yeti’s footprints, everyone was able to thoroughly comprehend the difference in proportions of a Yeti compared to us Smallfoots. There was even a tiny jacket belonging to a Smallfoot located on one of the ice caps for an added effect. 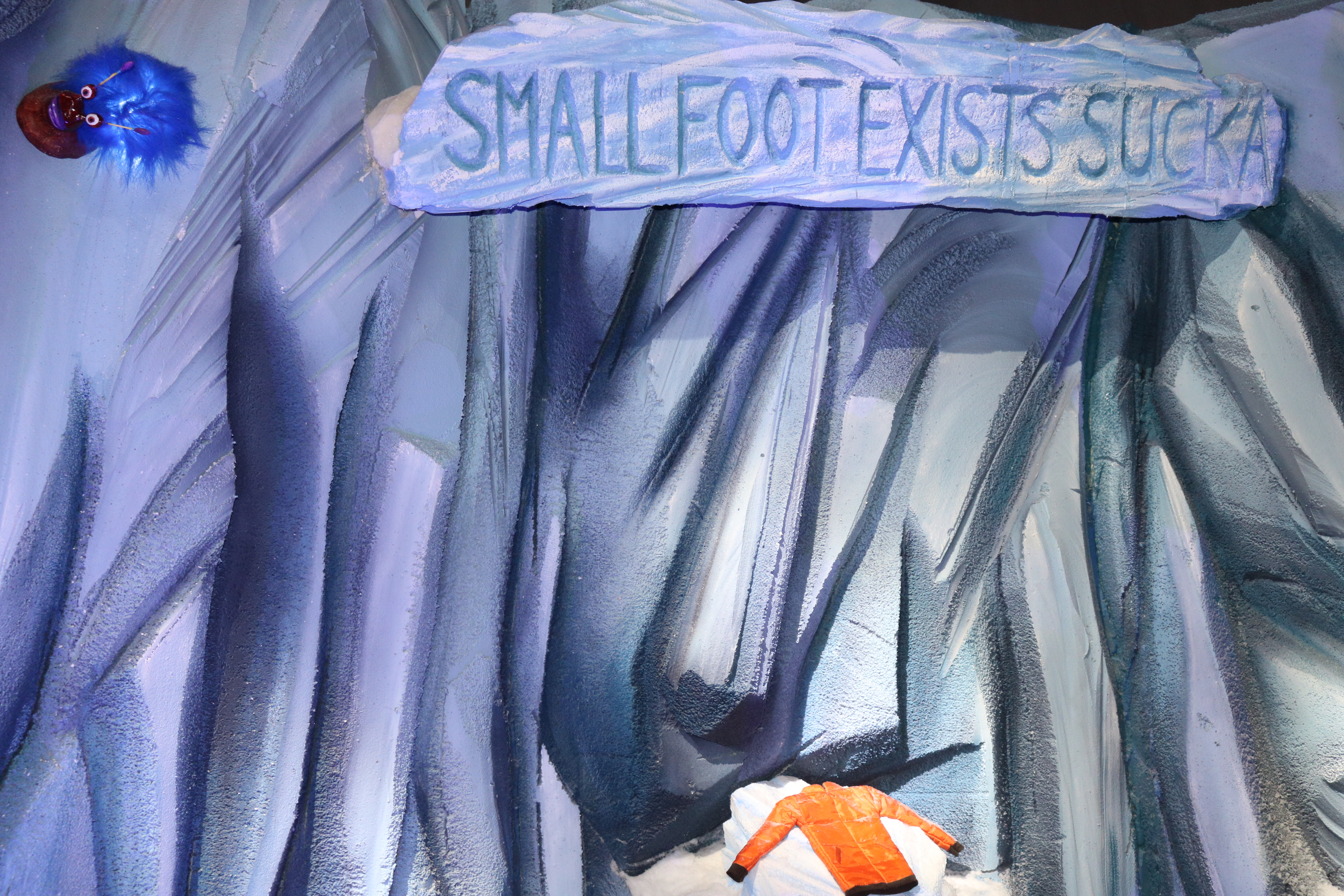 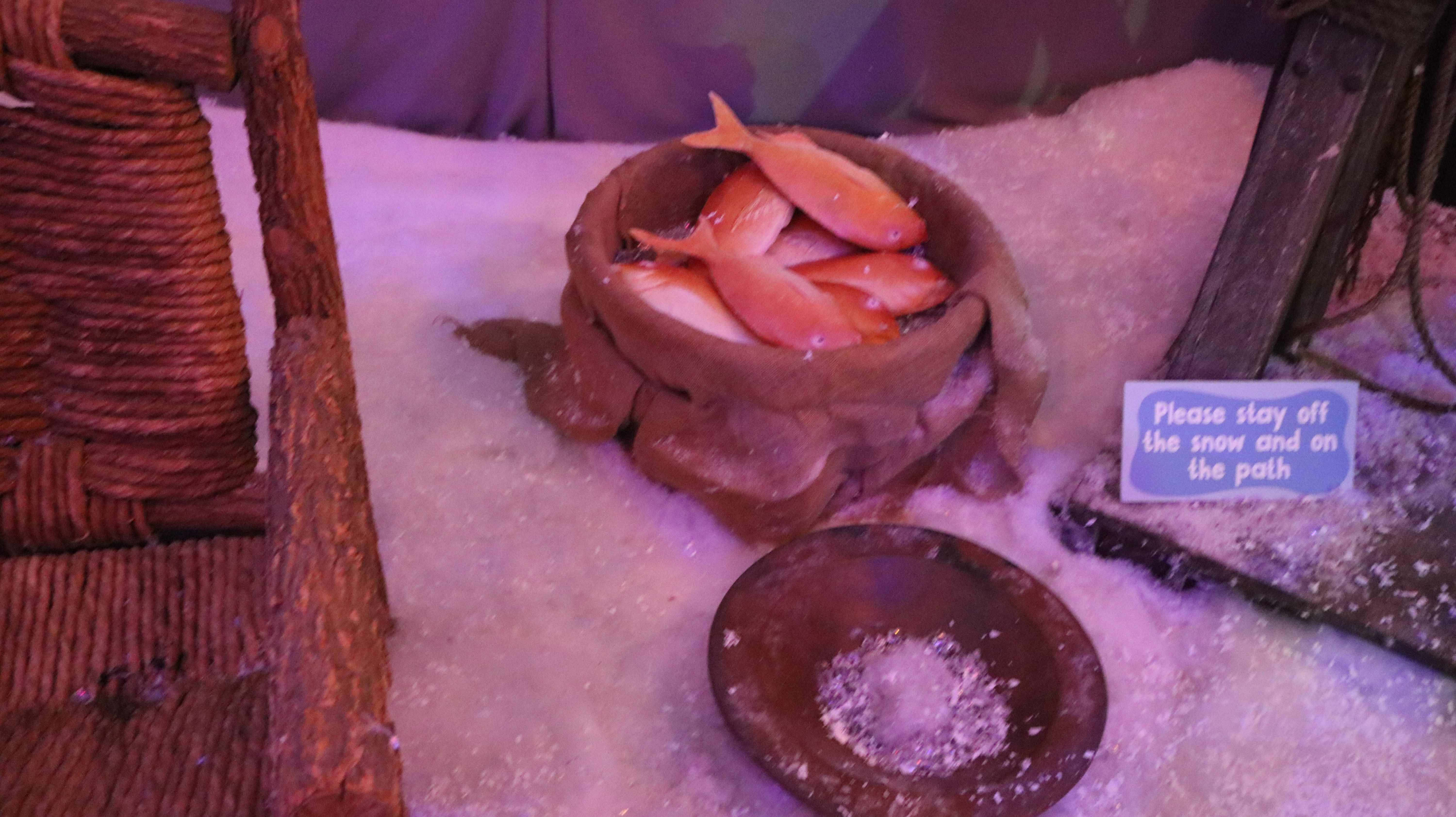 For the bigger Smallfoots among us, there was no shortage of photo-op stations allowing every family to create and keep priceless tangible memories from their Yeti Village experience.

After we had experienced all the many facets of this part of the village, it was time to travel down the fun and whirling 20-foot slide! Once we got to the bottom of the slide, the real fun and hijinks for the younger Smallfoots began…

At the bottom of the Yeti Village, there was a free for all space allowing for the younger Smallfoots to run around in a safe and enclosed environment with plentiful supervision. As well as various stations set up for fun and games with sponsored “snow” snacks in each corner. 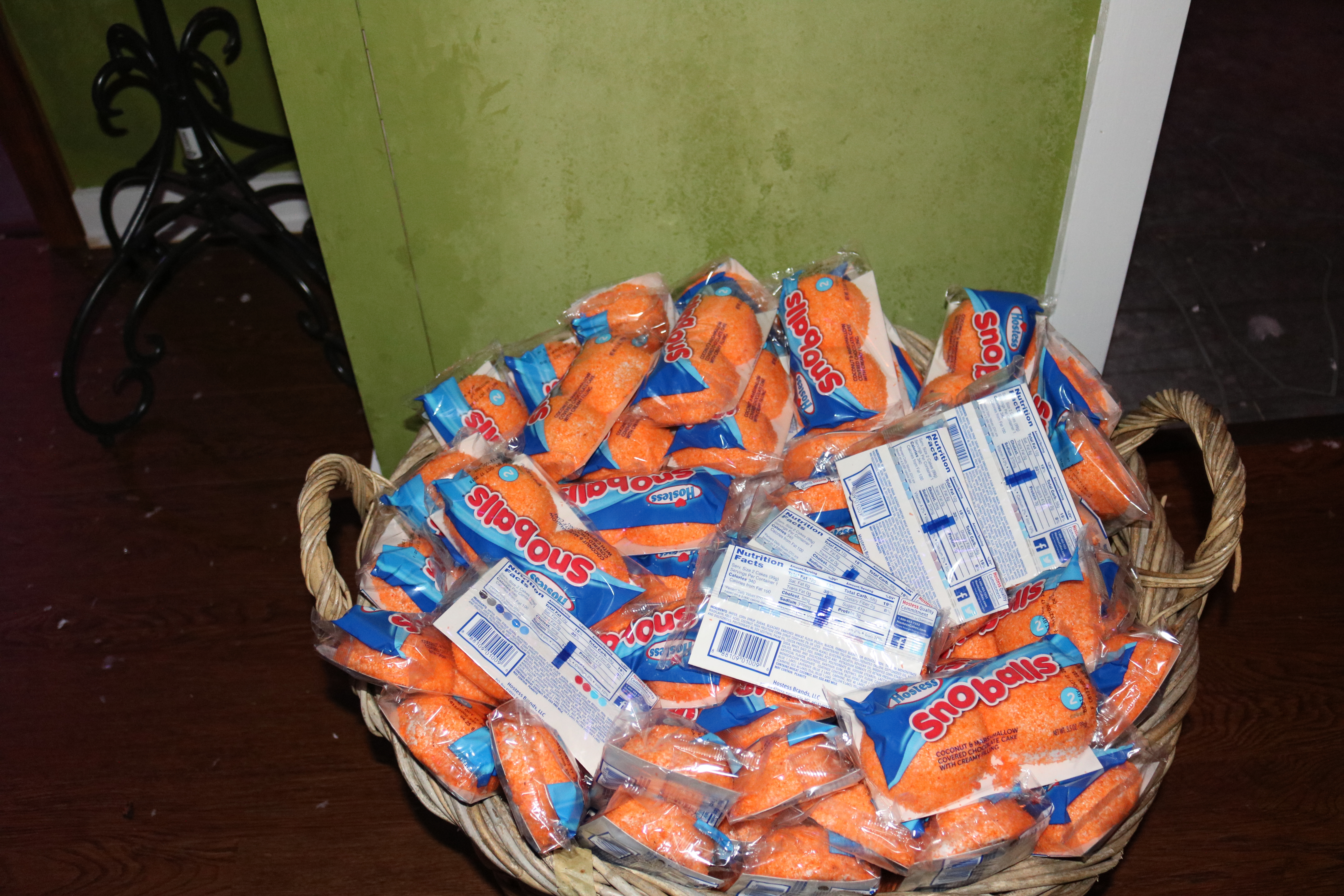 At every station, we were met by a friendly and vivacious activity coordinator helping to regulate the activities and boisterous children. The first station had fair style games with a Yeti twist on them and the best part was, every young Smallfoot was a winner! 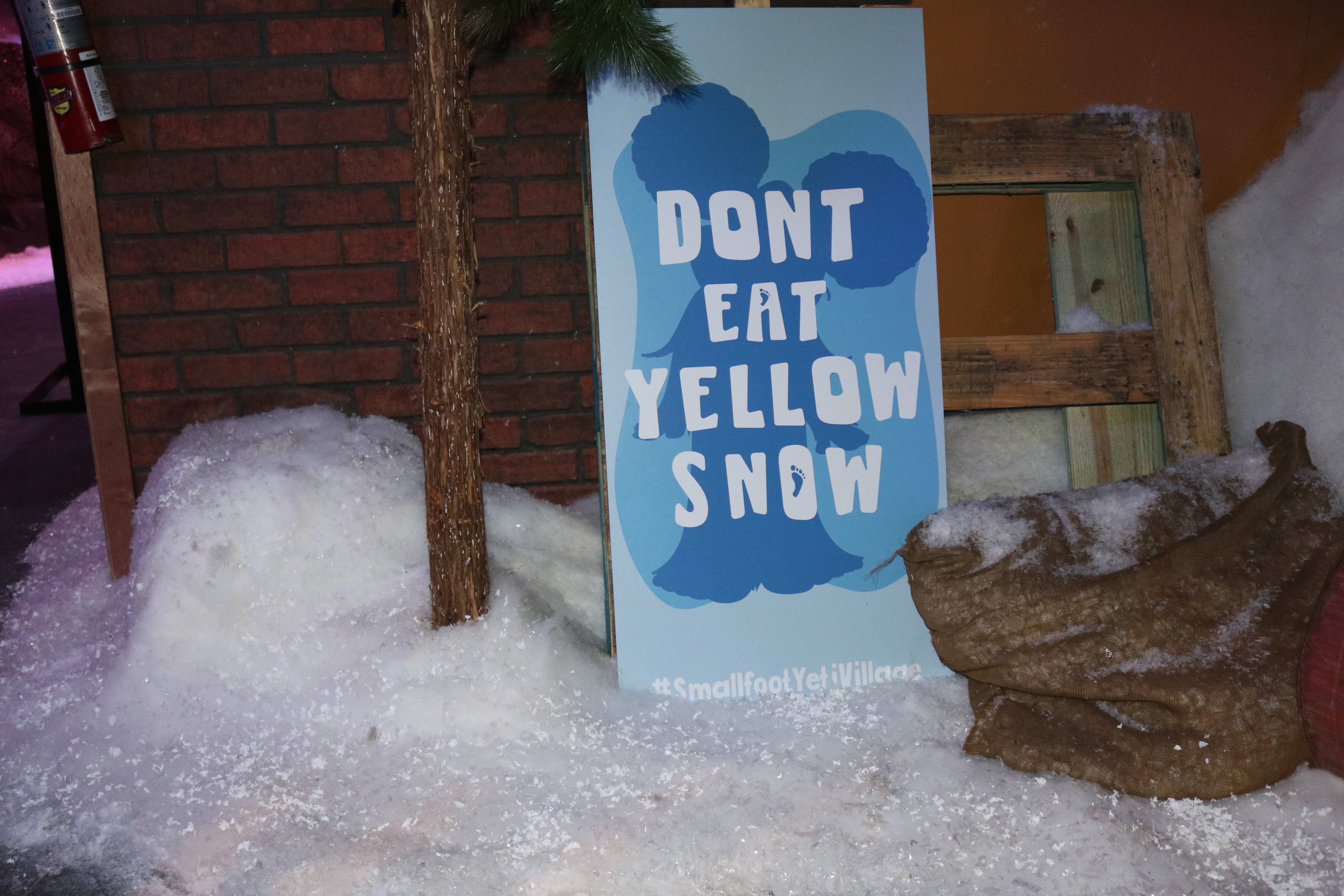 The next station was a lively karaoke juke joint where a chorus of children could be found singing and dancing along to the peculiar, but fun sounds of “Pretty Fly (For a White Guy)”! In no time a line began to form with young Smallfoots waiting for their chance to become Yeti Villages next karaoke star!

The penultimate station was by far the calmest (and my personal favorite). A room for coloring on the tables and on the walls! The older and younger Smallfoots alike grabbed crayons and put their unique mark on the Yeti Village and bonded over their shared colorful pages of creativity. 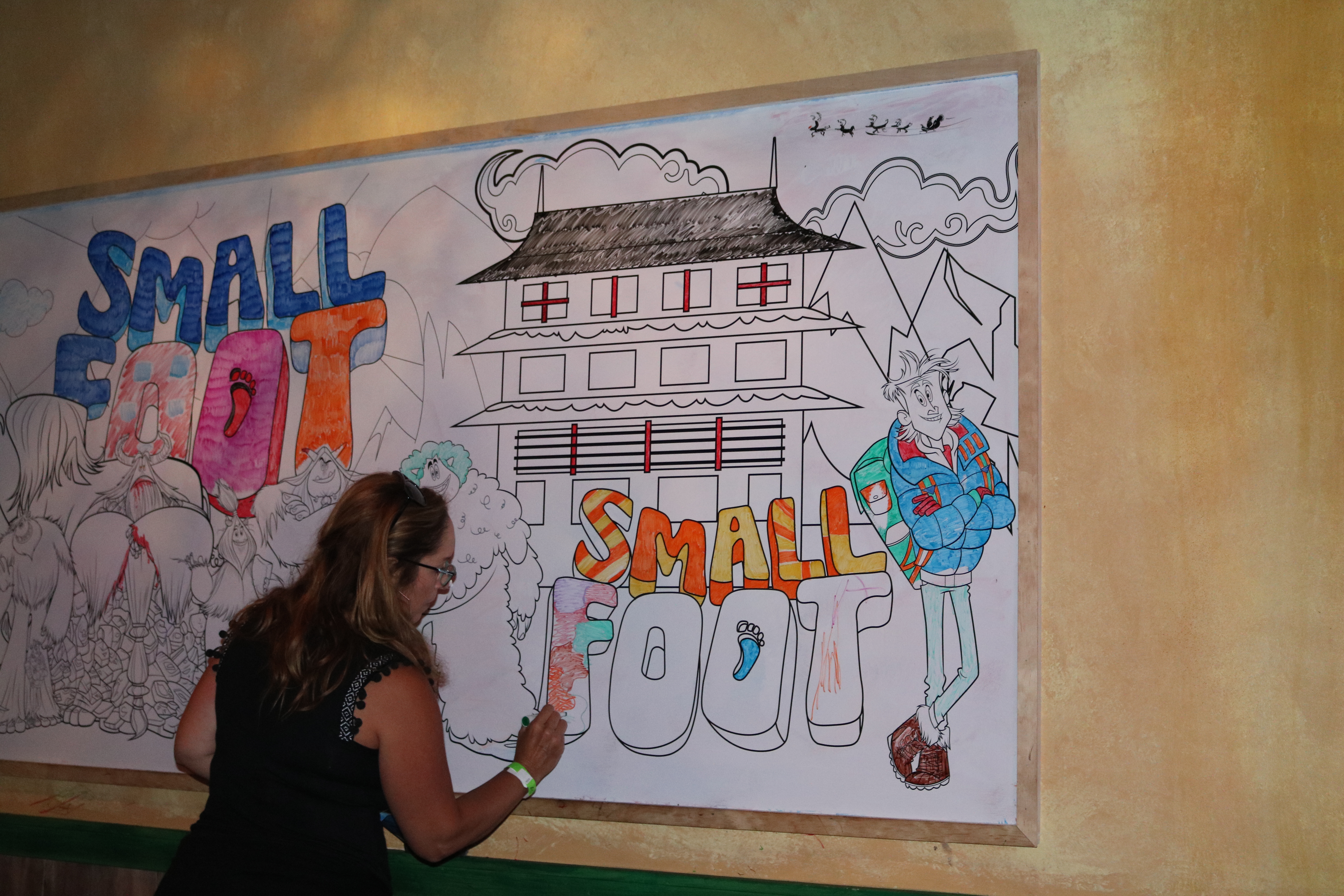 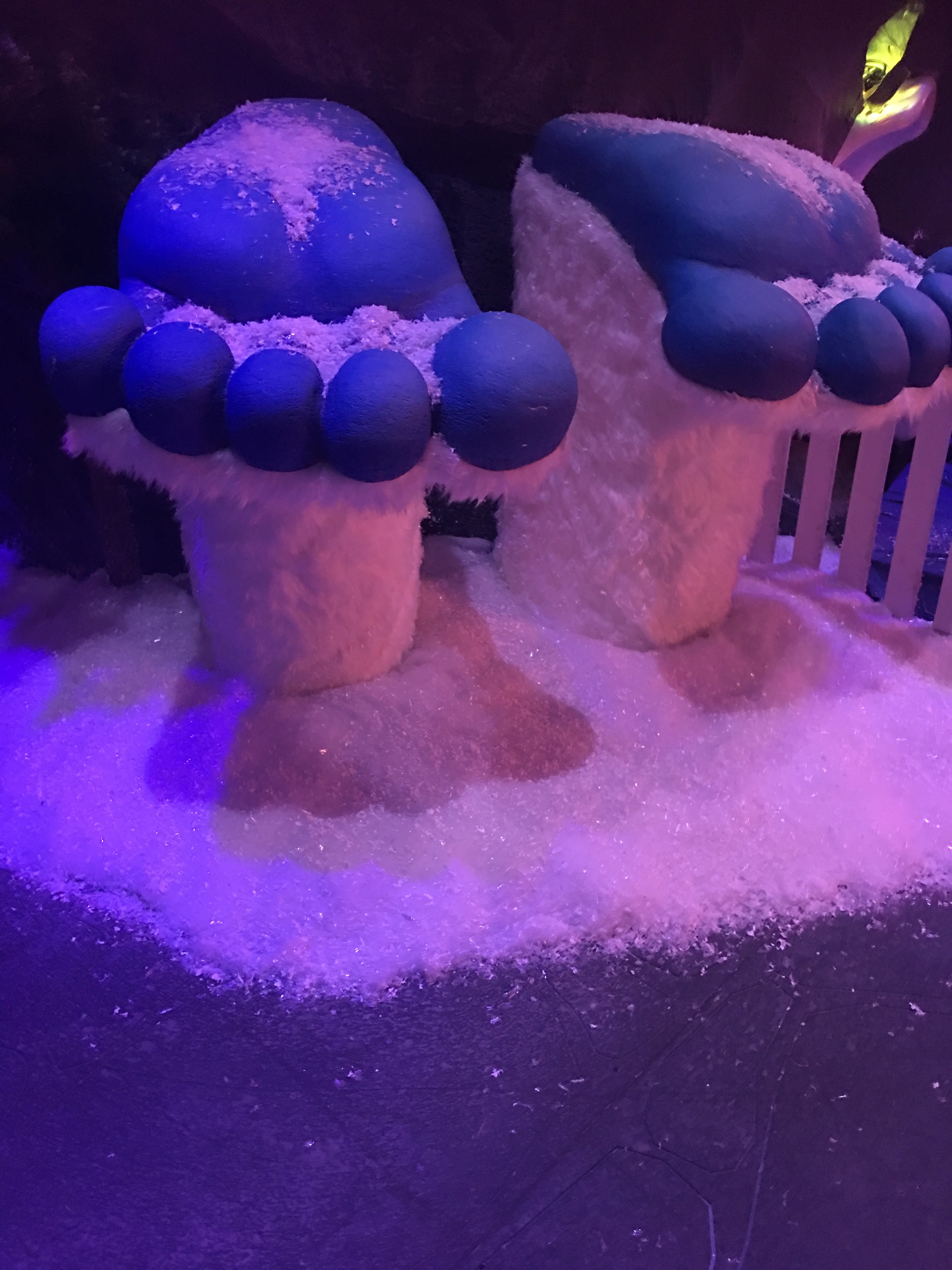 Overall, I enjoyed my time in Yeti Village and from the look of the pouty and ridiculously adorable faces of all the younger Smallfoots– so did they! If the film, Smallfoot is anything like my Yeti Village Experience, it will be a fun family filled adventure set amidst the Yeti’s and us mythical Smallfoots creating a harmonious space for all.

The Smallfoot Yeti Village is open in Hollywood through September 14th. You can watch Smallfoot in theaters September 28th.