The new trailer for Creed II dropped this week, giving us all a better look at the lives of our favorite characters from the first film. In addition to a new baby, Adonis (Michael B. Jordan) is in that trailer struggling to get into shape and may just be having some trouble reconciling his own legacy with that of his father. Bianca (Tessa Thompson) and his trainer Rocky (Sylvester Stallone) both seem to be straddling the line between supporting Adonis in his journey and saving him from his own self-destruction.

On a visit to the Creed II set, BGN got to chat with the cast, including the original Rocky—Stallone—about Adonis and the legacy the man has to bear. Stallone also gave us some insight into the world behind the scenes of the film.

On the Legacy of Creeds and Dragos

Each is history or the story of myself and Drago. [The grudge] been passed on to the son. And now, even though they really dislike [each other]–don’t really have anything against each other–they feel vindicated to fight for revenge. It’s something that we really studied in this thing about. Do you really have to shoulder the responsibility or legacy of your father? Are you doing it to be better than your father? Are you doing it for publicity? Are you doing it for you? For the necessity? To feel vindicated, to revenge him. So, it’s really a big, big kind of broad subject. 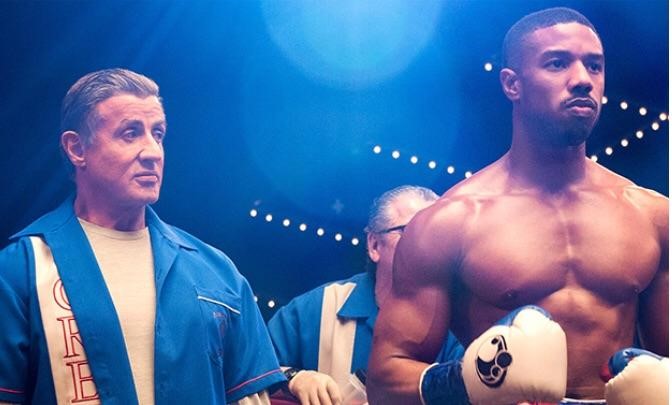 On Rocky’s Role in the Film

Well, the thing is, the irony is as my life evolves until I find the things that in the character. Because right now, the last one you face death, you face mortality, and in this one, he’s finally completely alone. The only thing he has left is this young man, so he’s now a part of the Creed universe. In the Rocky universe, it’s really gone, it’s left in the graveyard.

On Passing the Torch to Director Steven Caple Jr.

No, he’s fantastic, this guy [Caple]. I don’t know how he does it. I swear to God, he just never stops.

[When asked if he was ever going to direct the Creed films] I was gonna direct [Creed II] but I realized, youth must be served. And, this kid had such a great vision and a kind of energy in the business. Doing this kind of film is incredibly taxing because you’re doing this [the boxing] and the drama. So, you’re doing two movies. It takes at least six or eight months, a year of prep for this so it seems we’ll be on this thing for two years.
ALSO READ
Hidden Empire's New Film 'Fear' Coming Soon to Theaters

On Finding Florian and the Drago Legacy

Florian was unbelievable. Now Florian was it. You’ve heard these stories–and most of them are usually BS how they have these talent searches and [say], “we looked at 4000 people.” No, we didn’t. Maybe 40, okay. We looked at every large heavyweight in the world because we couldn’t use an actor. An actor can’t learn this. We have Michael as [the] actor. So, you need someone in there who has experience [boxing].

Dolph Lungren was a world champion kickboxer [before Rocky 4]. When you saw him move…it’s something you just cannot learn in a year. You can’t. It’s impossible. Florian was a real fighter [when they found him]. So he had the moves, he had the looks, he had the size, and he also had that certain empathy. I looked into his eyes and I liked him, even though he’s playing a terrible character. He’s hitting ambiguity in there. I cannot tell you about how many men who were incredible specimens, [but] the face wasn’t ready. The look in the eyes and the body wasn’t ready. But, if you get the whole package–and I looked at everybody–and you bring him over here.

Stallone went on to say that only Florian had the right combination of brains, brawn, and technique needed to fill the Drago shoes in the ring. In the second trailer, we see that the man was raised to hate the Creeds and his rage is fueling his quest to take Adonis down, just as his father Ivan Drago (Dolph Lungren) did to Apollo Creed (Carl Weathers).

Stallone still carries a special respect for Weathers. When asked if Weathers was his favorite boxer, Stallone replied, “Well sentimentally. You know, yeah, I never fought him, so I had to say sentimentally.” 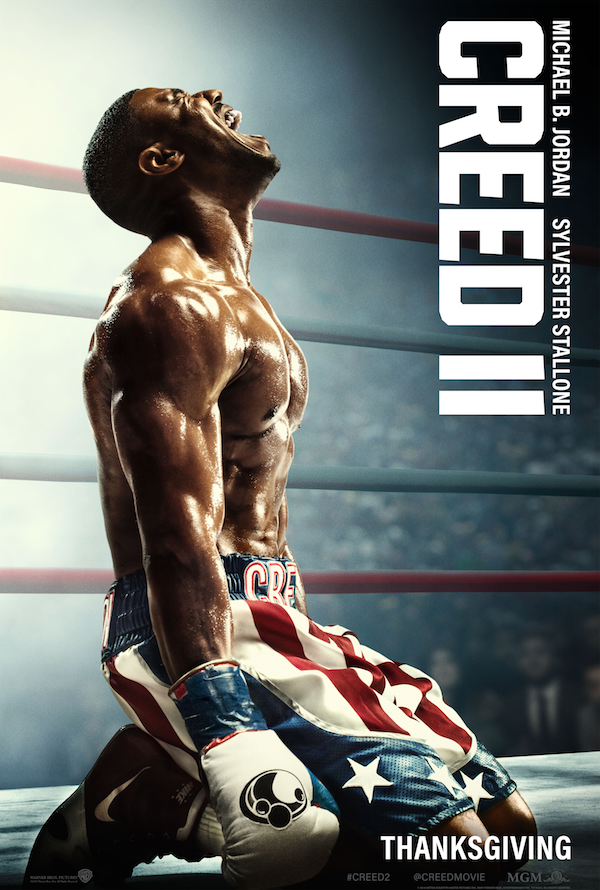