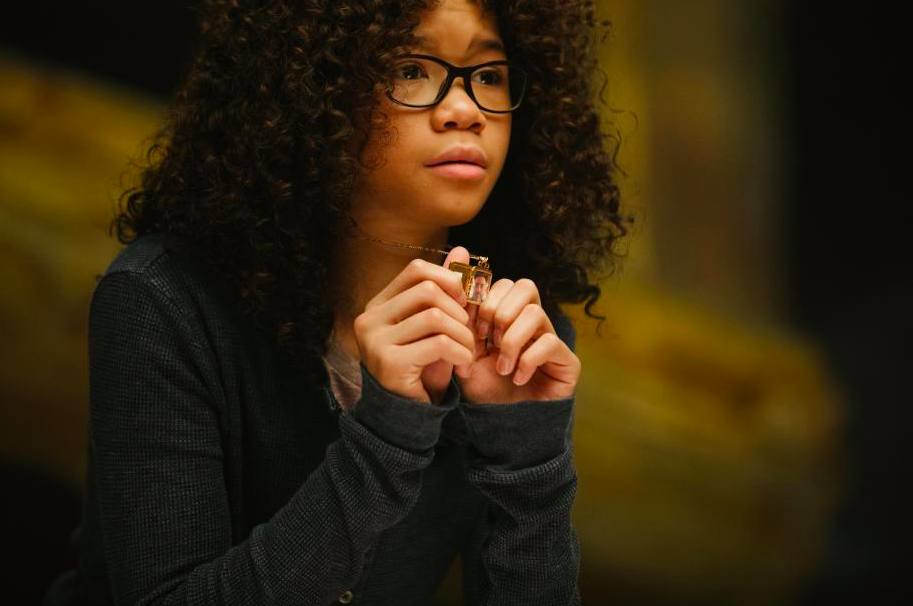 Based on Madeleine L’Engle’s timeless classic of the same name, A Wrinkle In Time is a fantastical tale centered on the character of Meg Murry (Storm Reid) and her younger brother Charles Wallace (Deric McCabe). The two meander on an epic adventure to find their father (played by Chris Pine), a reclusive scientist, and are assisted with the help of their friend Calvin O’Keefe (Levi Miller) on a search and rescue mission. 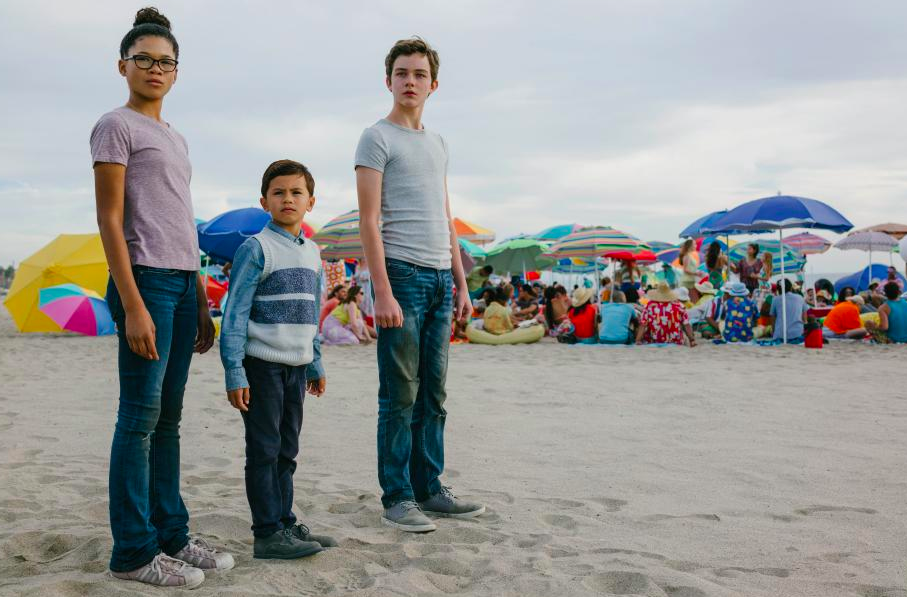 Meg, Charles Wallace and Calvin travel across dimensions and space aided by three celestial beings, a/k/a the “Mrs Ws” — Mrs Which (Oprah Winfrey), Mrs Who (Mindy Kaling), and Mrs Whatsit (Reese Witherspoon). The film’s theme, a universal one, clearly depicts a transformative journey which examines the nature of darkness vs. light, revealing how love can trump anything. Storm Reid carries the film as the story’s lead protagonist and gives a compelling performance as Meg Murry. Her inquisitive nature and emotionally endearing portrayal of this character permeates through the screen. We, as the audience, are immediately enthralled by her character — as someone who wants to fill that empty void in her life which, for Meg, is finding her father.

Then there is scene stealer Deric McCabe who plays her brother Charles. Charles is a super-genius and can read most people like a book. His intuitive nature also doubles as his Achilles’ Heel, reliably leading him to danger. McCabe gives a standout performance as Charles Wallace, who we see both the light and dark side of within the story. Actor Levi Miller who plays Calvin — and also clearly has a crush on Meg and is all about her hair — also has some really great chemistry with Reid in the film. 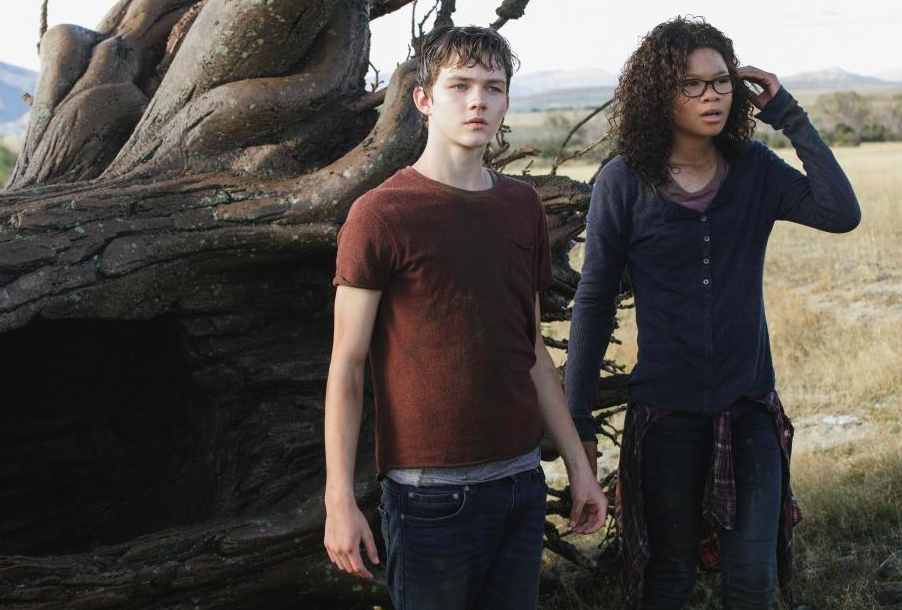 The film’s cinematography is brilliantly composed and the special effects were some of the richest, most gorgeous and divine images I’ve seen on celluloid in awhile. The costumes and makeup were also spectacular, and I will be 100% and say that the time used to craft out Mrs Which’s wigs was money well spent. The wardrobes worn by the Mrs throughout various scenes were a sight to behold, and I would be shocked if Paco Delgado is not nominated for an Oscar next year for Best Costume Design.

With all of the praise I can muster for this film, there were some missteps and squandered opportunities. The pacing of the film in some parts dragged a bit and I found myself getting a little lost in the story at times. I have personally not read the popular children’s book, so going in not knowing much of the backstory delivered an experience that didn’t translate the message clearly enough for me to understand, at times, what “tessering” was, or the science behind the wrinkling of time and space. I also wish we would have seen more of the Mrs within the film, their presence is so prominent in the marketing and branding of the motion picture, but we ultimately don’t get enough screentime with each of them to get a fuller understanding of their role in this story. I do understand that this is Meg’s story, but would have liked to have seen more of the rapport and relationship building between her, Mrs Which, Mrs Who, and Mrs Whatsit unfold, so we could get a better grasp on how these goddesses aid in helping Meg find her father, using their supernatural powers to get her through the fifth dimension. I also would have just wanted to learn more about the science behind the tesseract. 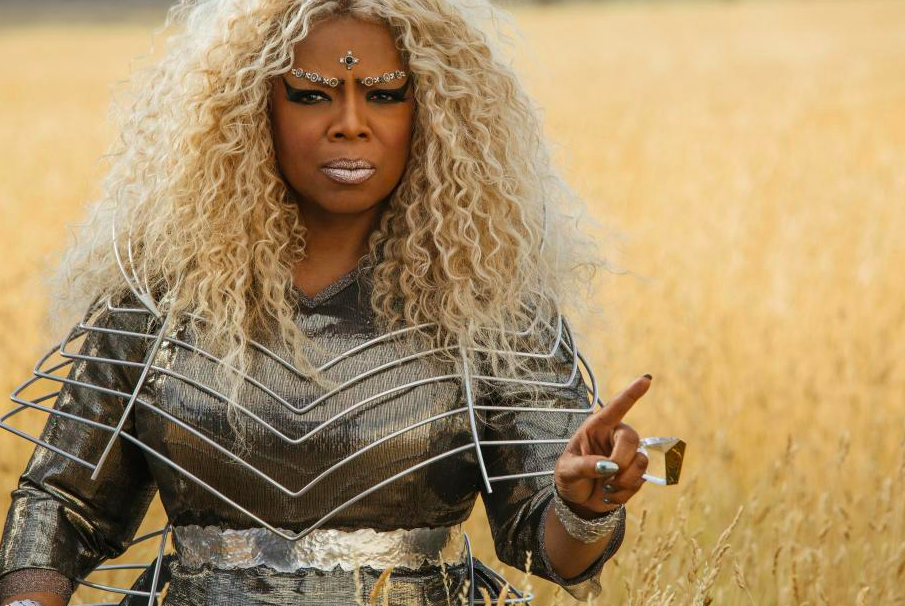 One of the most poignant moments of the film was between Mrs Which and Meg where she provides insight to Meg about her purpose and destiny. It’s a moment that will resonate with all of us as we join Meg on her journey to not only find her father, but also herself. 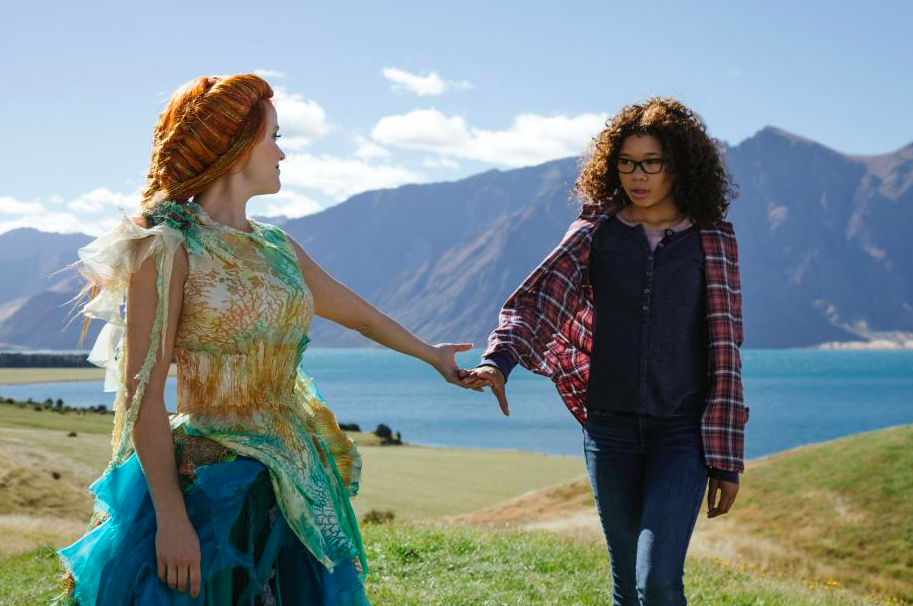 Is A Wrinkle In Time a perfect film? No, it is not — but what the movie provides is a broad perspective through a series of whimsical events about light fighting darkness and love being the best weapon wielded against evil. It may not get there in a perfectly wrapped bow, but it tells the story in a way that as a fan I can appreciate — and as a critic, I can also respect. I smiled throughout this entire film because it gave me a sense of joy and, just for a few moments, I was able to escape and feel enamored by all of the beauty on screen. Disney’s A Wrinkle In Time will resonate the most with kids, but adults (like myself) will value and appreciate it just the same.

A Wrinkle In Time releases in theaters nationwide on Friday, March 9th.